Exeter City claimed their first three points of 2022 with a 2-0 win over strugglers Scunthorpe United at St James Park.

Goals for Jevani Brown and Offrande Zanzala were enough for Matt Taylor’s side to move within one point and one place of the League Two Play-Off places.

Manager Matt Taylor made four changes to the side that last played in the EFL Trophy as Josh Key, Tim Dieng, Cheick Diabate and debutant Zanzala all came into the side.

Striker Zanzala made his Exeter City debut since signing from League Two counterpart Barrow on loan until the end of the season, and Pierce Sweeney made his first league appearance since late December.

City started with great intent and pinned their opponents back with a host of half-chances.

Several minutes later after some nice interplay from the home side Archie Collins picked out Key down the right-hand side in space, he fizzed in a low cross that found Diengm who was only able to put his powered shot effort agonisingly wide of the post. This was the best chance for the home side in the opening 45 minutes. 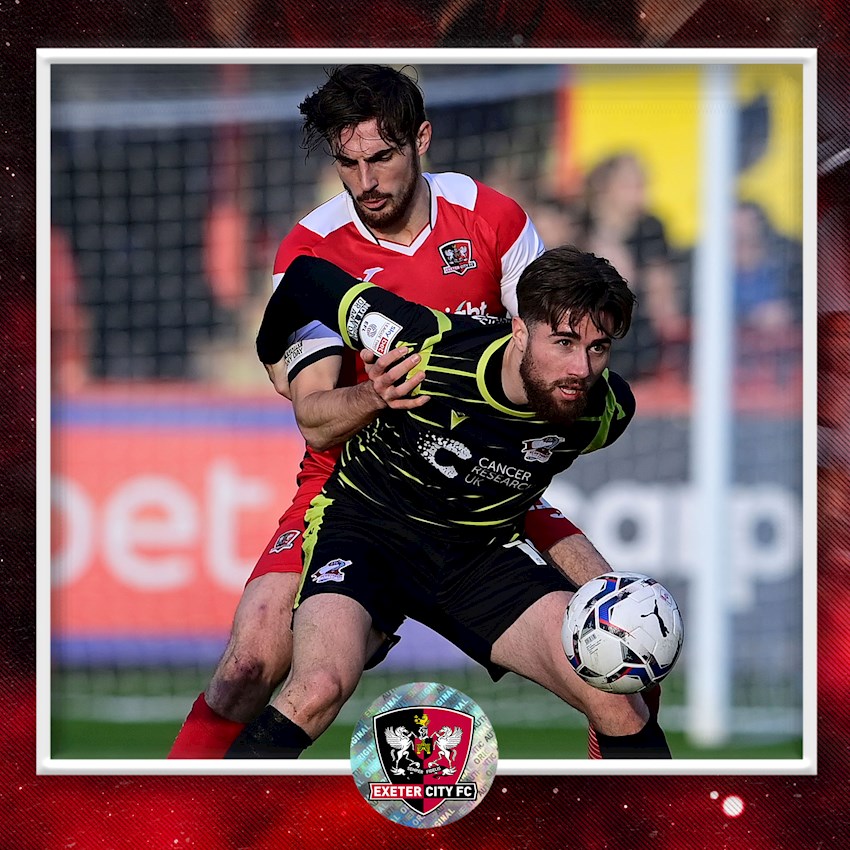 Jake Caprice drove at Matheson all game, causing problems for the young defender, speeding past his man to win a free-kick on the edge of the box on the left. Jevani Brown delivered a delicious, lofted ball which was cleared for a corner as Exeter applied real pressure.

Scunthorpe grew into the game and started to counterpunch Exeter’s dominance in the game with several set-pieces. The visiting side had a free kick which found Manny Onariase unmarked in the City penalty area which he got a touch to, but couldn't divert towards goal.

Caprice continued to cause havoc down the left, as he tormented Matheson. He cut inside but could only put his curling effort over the bar.

Josh Key was causing problems down the other flank as he delivered a ball out wide which was worked well. The ball bounced around in the penalty area before new man Zanzala volleyed over from 15-yards. 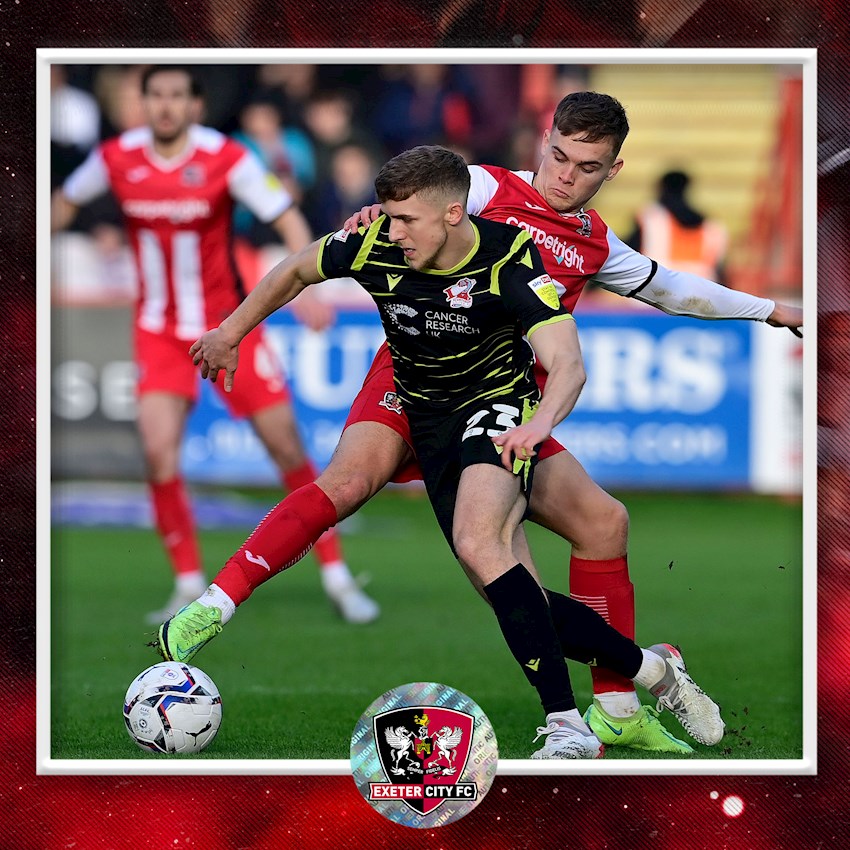 Exeter then had another free kick close to goal out wide which was played shot to captain Matt Jay who powered a right footed effort wide of the post.

Caprice charged down the left flank again as the half was ending and skipped pasted several Scunthorpe players. The left back advanced into the box and went down under some pressure but nothing was given.

The sides went into the break all square after a goalless first half after only a hand full of chances. The Grecians were on top but were unable to trouble Scunthorpe goalkeeper Rory Watson.

Into the second half and Brown won the ball in middle of the park and sent Zanzala one-on-one with a defender. He shimmed his body and slipped past the defender, cut inside and forced the first save of the game early in the second period. Exeter starting the second half as the started the first, with real intent of breaking the deadlock.

Scunthorpe threatened Cameron Dawson’s goal for the first time as the away side played some nice football. Mason O’Malley teased a ball into the City area which was met well by Aaron Jarvis who put his volley over the top from just eight yards out.

City yet again had a free kick in a dangerous position and almost took advantage of it as Dieng met Archie Collins free kick which he headed down and pulled out a great save from Watson.

After Key drove at the heart of Scunthorpe’s defence they didn’t clear their lines and the ball came to Dieng who played a quick ball to Brown. Brown spun and whipped an incredible left footed shot which was pin perfect as it nestled into the top left corner of the goal. It was going to take something special to break the away side’s resistance and that is exactly what the midfielder did with that goal in the 64th minute.

Scunthorpe didn’t stop battling though as the applied pressure on the Exeter goal. Myles Hippolyte's drive from 25-yards out just sailing over the bar.

Exeter’s relentless pressure was too much for Scunthorpe as the returning Sweeney delivered a cross from out wide which Key headed towards goal and forced Watson into an outstanding fingertip save. However, he couldn’t do enough to clear the danger as debutant Zanzala made an instant impact at the club as poked in from close range in the 76th minute to double Exeter’s lead and get his first goal in red and white.

Several minutes later he could have scored again but his looping effort went over the bar just before being replaced by Padraig Amond.

Dieng was pinned in the corner and played a delightful back heel to Caprice who drove into the penalty area and saw his low effort saved.

The influential Key could only watch on as his long range effort fly over the Big Bank in the dying minutes of the game before six minutes of additional time was given and the whistle would blow for the Grecians first three points of 2022.

Exeter City are next in action next Saturday when we travel to Walsall.