Exeter City's latest signing Offrande Zanzala says he is "buzzing about the opportunity" as he joins the Grecians on loan.

The 25 year-old striker joins from Barrow until the end of the season and is looking forward to his time in Devon.

"When I heard Exeter came in I was delighted to get this over the line ahead of the training session today. I'm excited to see what the loan move has in store for me but I'm determined for the challenge ahead and hopefully we can get promoted." 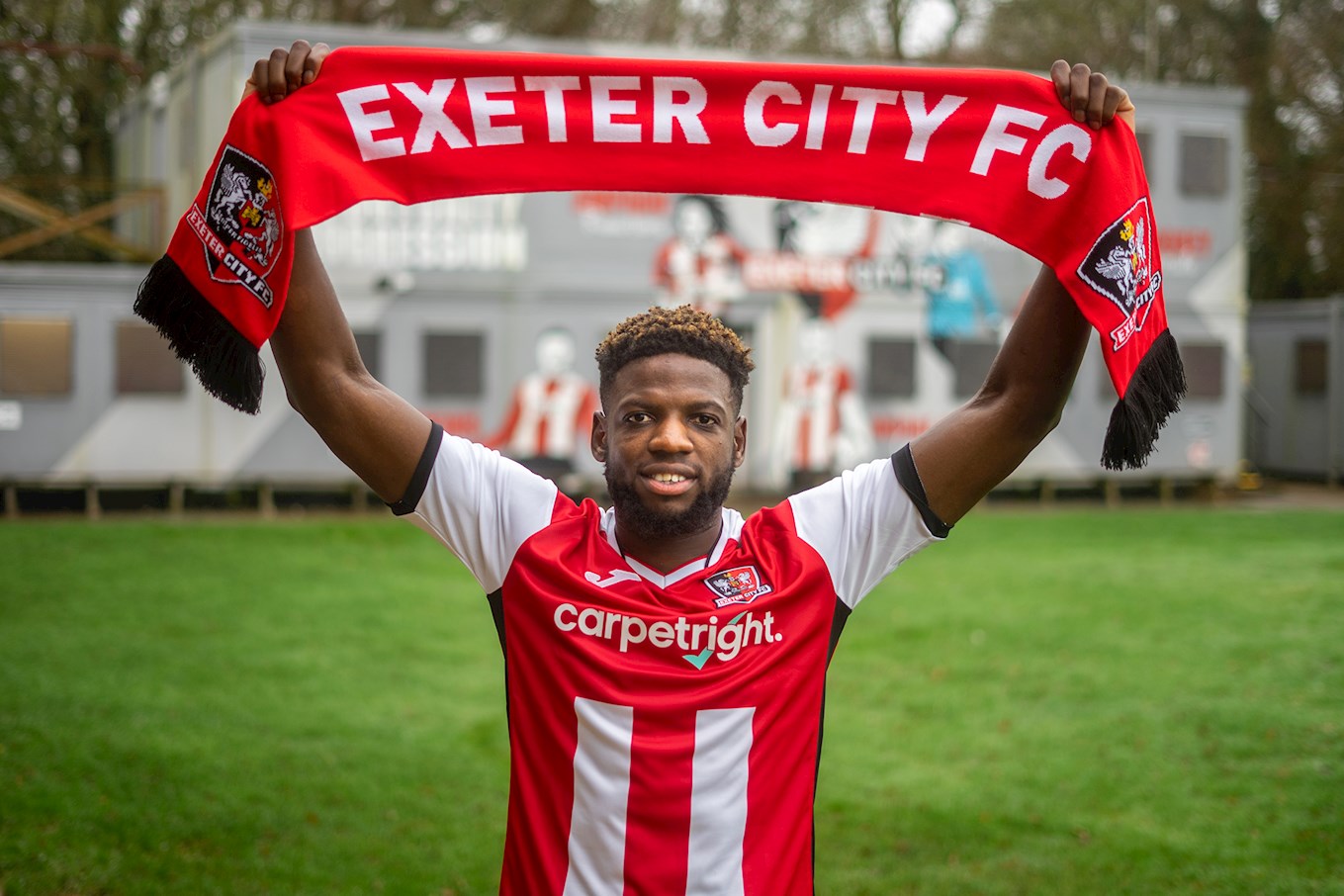 The 6ft 1" target-man has a clean mind in terms of aspirations and looks to build on his form which has seen him net five times this season.

"Coming here I know what I need to do, especially after speaking to the gaffer. He's told me to just 'play my game', which is about being aggressive; putting myself about; making defenders uncomfortable; and putting the ball in the back of the net."

And 'Oz' has set himself high goals for the rest of the season.

"First and foremost as a striker I want to score goals and find myself on the scoresheet. There's no better feeling than seeing the ball hitting the back of the net and running over to the fans."

Check out all our new signing's interview below👇