The Grecians’ second home game of the League One campaign sees them welcome Wycombe Wanderers to St James Park.

In 1887, a group of furniture trade workers began a team to play matches together this led to meeting between them and the creation of Wycombe Wanderers FC. Wycombe were a semi-pro team for almost 70 years before joining the Alliance Premier League (now the National League) in 1985, unfortunately their first season in the league was a disappointing one as they were relegated back into the Isthmian League on goal difference. 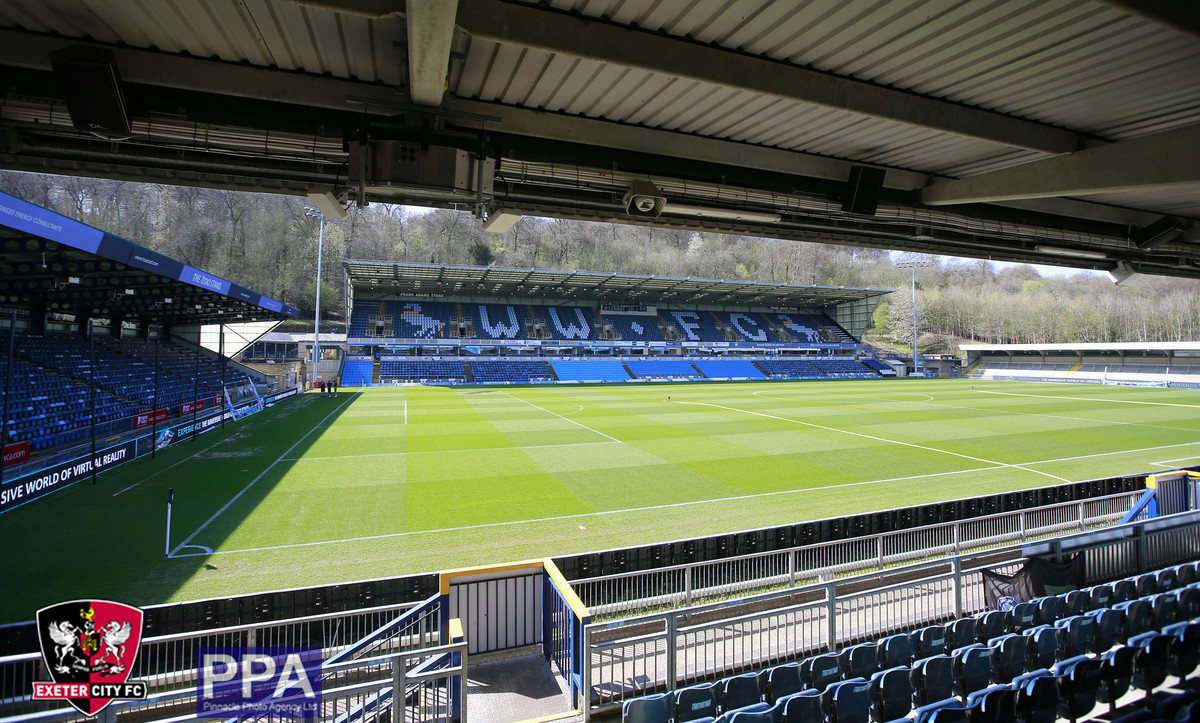 The Chairboys have had a lot of joy in cup competitions over the years, noticeably in the 00/01 season where they reached the semi-finals of the FA Cup. Wins over First Division opposition including Grimsby Town, Wolverhampton Wanderers, Wimbledon and a last-minute winner against Leicester at Filbert Street courtesy of Roy Essandoh, Wycombe found themselves against Liverpool. Unfortunately, The Reds proved to be the better side going 2-0 up thanks to goals from Emile Heskey and Robbie Fowler, Keith Ryan gave the Wanderers a spark of hope with a last-ditch effort but ultimately it wasn’t enough to keep them in it.

In recent years, Wycombe have been known as a yo-yo club due to them floating between League One and Two for the last 15 years. Four promotions, three relegations, one play-off semi loss and play-off final loss, and a surviving relegation out of the Football League on goal difference, it’s hardly ever a quiet season for the Wanderers.

The second longest serving manager currently in the Premier League and EFL, Gareth Ainsworth has been at the helm for almost ten years at Adams Park. A cult hero at Wycombe, Ainsworth played over 100 games for the Chairboys scoring 16 goals and getting himself in the PFA League 2 team of the year in the 2010/11 as Wycombe won promotion. 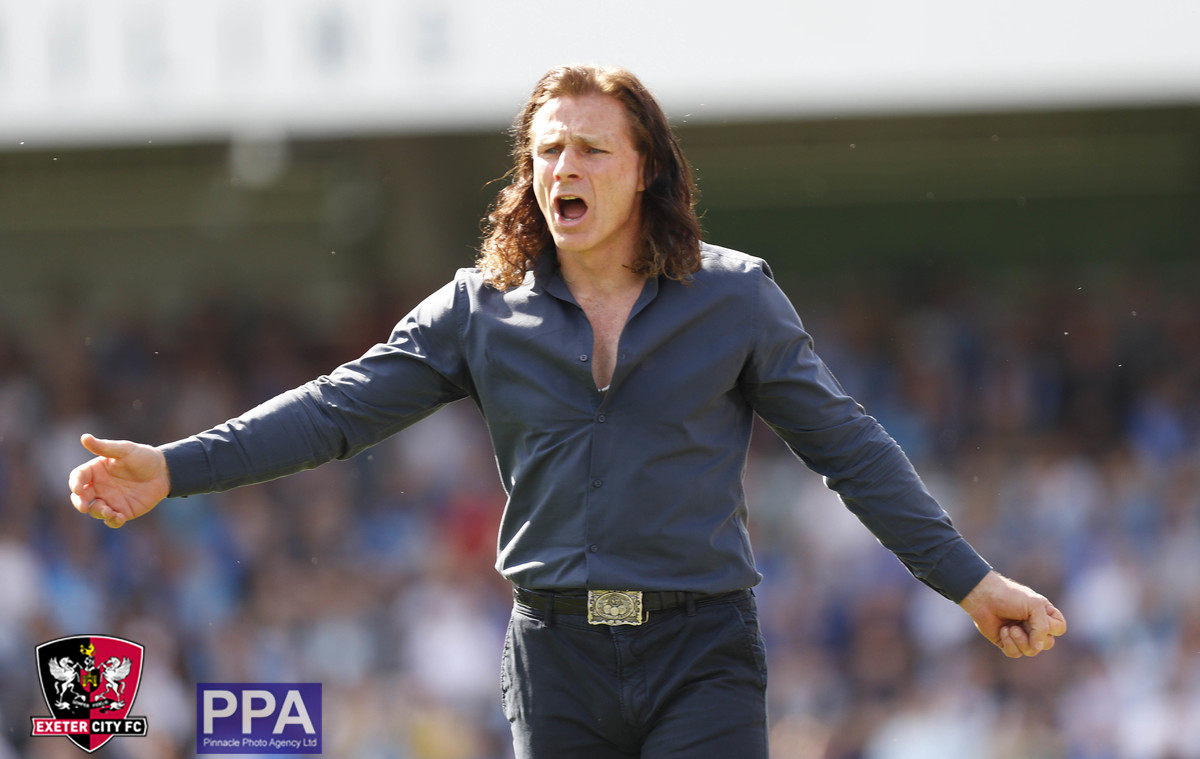 Wycombe’s top scorer last season, Vokes was a main character in the Wanderers’ attack last season netting 17 goals and grabbing seven assists. The experienced Welsh striker signed from Stoke in July 2021 after only mustering eight goals in 70 appearances for the Potters, but has since found form in Buckinghamshire making 50 appearances in all comps last season 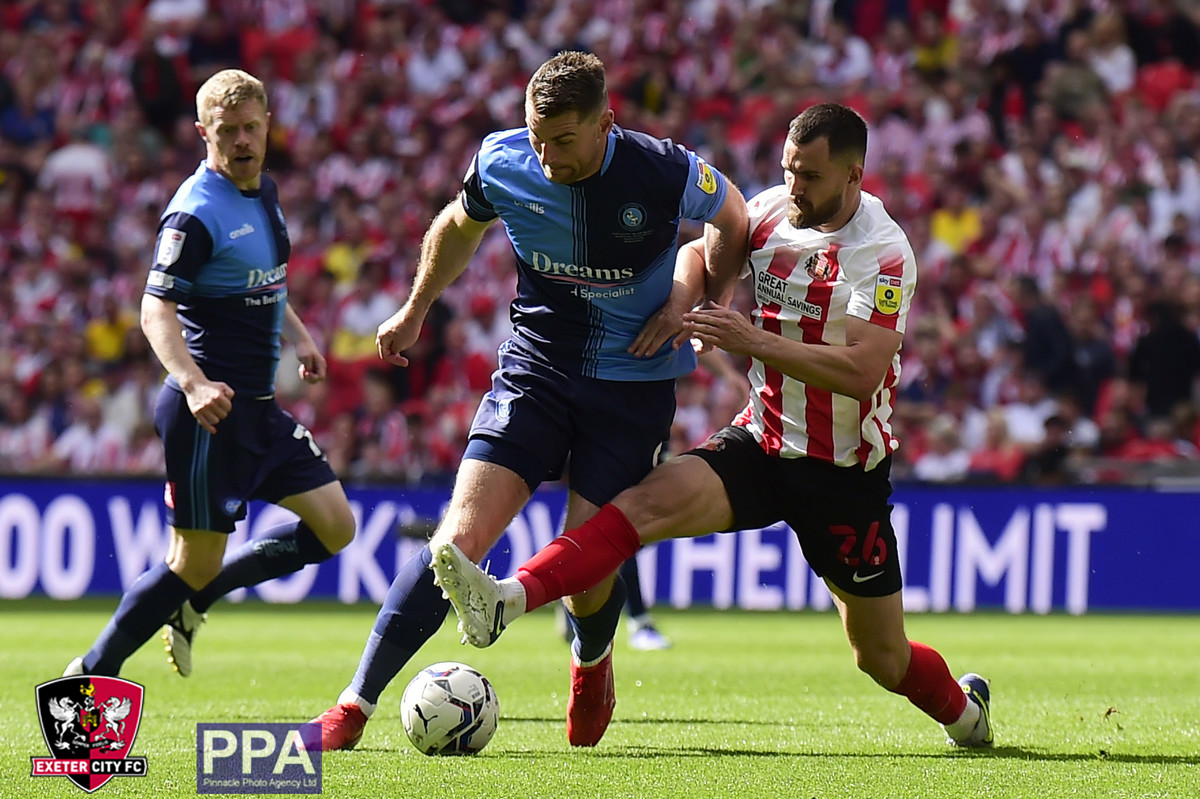 A product of Bournemouth’s academy, Vokes made his debut in 2006 with his boyhood club and went on to play another 53 times for the Cherries in two years. A move to Wolves followed, but Vokes was ultimately loaned out six times in an 8-year spell with loans to Leeds United, Bristol City, Sheffield United, Norwich City, Burnley, and Brighton. However, a permanent move to Burnley oved to be the game changer, as he went on to make 230 appearances and score 56 goals in a six-year period for the club before joining Stoke City in January 2019.

Wycombe enjoyed a successful first season back in League One, after their relegation from the Championship in the 2020/21 season.

The Chairboys finished sixth, snatching the last play-off spot from Plymouth Argyle after they were thumped 5-0 by MK Dons. However, Wycombe got the better of the Dons in the play-off semi-finals beating them 2-1 on aggregate to secure a play-off final against Sunderland. Unfortunately, Wanderers couldn’t repeat their play-off heroics 2 years prior and were defeated 2-0.

Prior to the play-offs, Wycombe were on excellent form being undefeated in the last 11 games, taking 25 points from a possible 33. Sam Vokes finished top scorer with 17 goals in all comps with 16 of them coming from League matches. 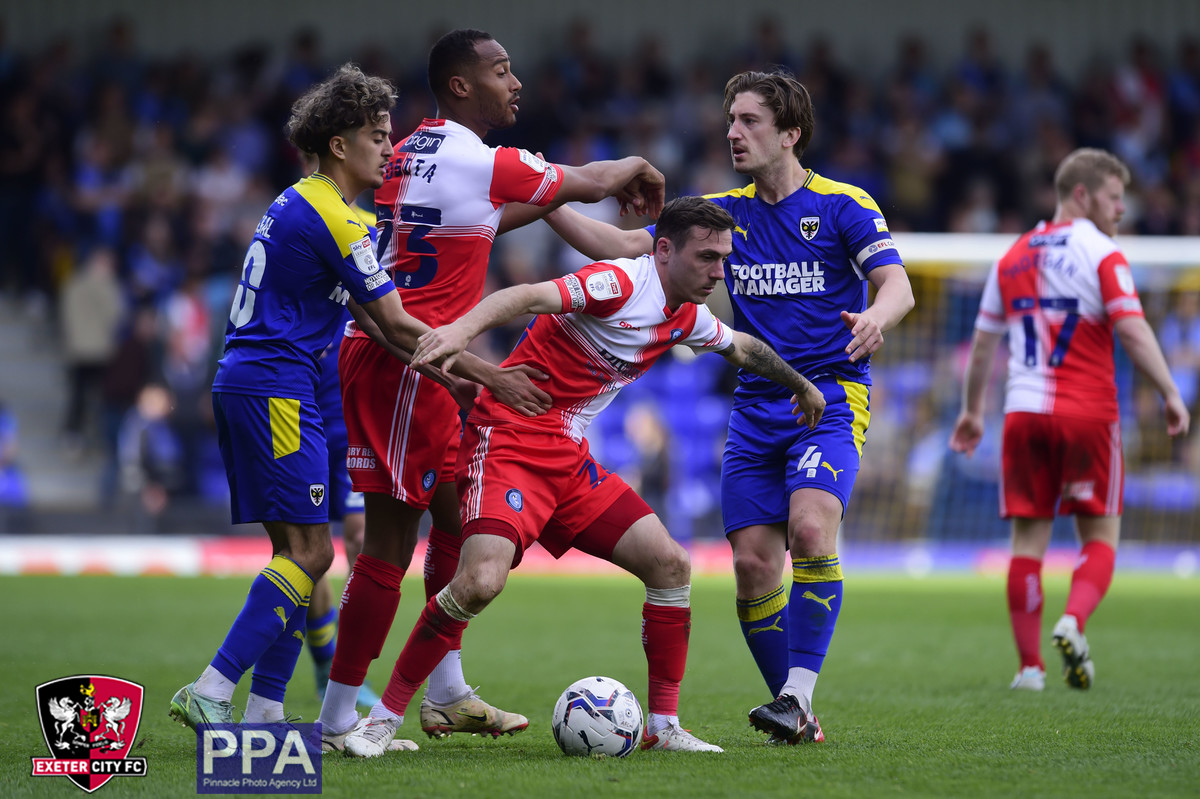 The success in the league couldn’t be matched in the cup competitions however. Wycombe were eliminated in the First Round of the FA Cup after a 2-2 draw against Hartlepool resulted in a replay at Adams Park where the visitors took the win thanks to a Mark Cullen strike early on.

The EFL Cup was the furthest the club got in a cup competition for the season. After penalty shootout wins against Exeter City and Stevenage, Wycombe travelled to the Etihad Stadium to face Manchester City in the Third Round. The Chairboys took a surprise lead 20 minutes in courtesy of Brandon Hanlan, but the reigning Premier League champions fought back and emphatically won 6-1.

The EFL trophy was a short story for the Wanderers, losing all three group games and being dumped out with a –8 goal difference.

Exeter and Wycombe have not met too many times before, with the first meeting between the teams in the league only being in 2008 where the clubs drew 1-1 at Adams Park. The Chairboys currently hold the crown for more wins in the 20 times the teams have met.

Wycombe edge past Exeter on penalties, despite going down to 9 men. Wanderers' keeper, David Stockdale making three saves in the shootout including the crucial penalty to send his team through.