Exeter City’s Head of Coaching and Player Development, Kevin Nicholson, heaped praise on the club’s Under-18 players, having come back in decent shape and have since gone through a productive fortnight since their return to pre-season training.

“I think the boys deserve a lot of credit. The players are always given programmes for the off-season, and I sometimes think they don’t realise how important they can be. But they’ve worked hard, and some have come in and worked with us after we put out an open invitation for them to come into the training ground and the gym I go to in order to carry on their work. Then came the opportunities with some of the first team, and with that Jack Sparkes came in and trained with us, so the boys got a look at what the next step up looked like, and then Dan Green and Matt Jay helped us with a couple of sessions also.

“The likes of Alfie Clark and Gabriel Billington had a bit of exposure to the first-team environment, and they earned that partly through the work they had put in, but it is great to see them given that chance. The balance is providing them with those opportunities, which are a bit easier to come by during pre-season while the manager still building his squad, and the Under-18s trying to catch Matt Taylor’s eye, and work with the coaches. 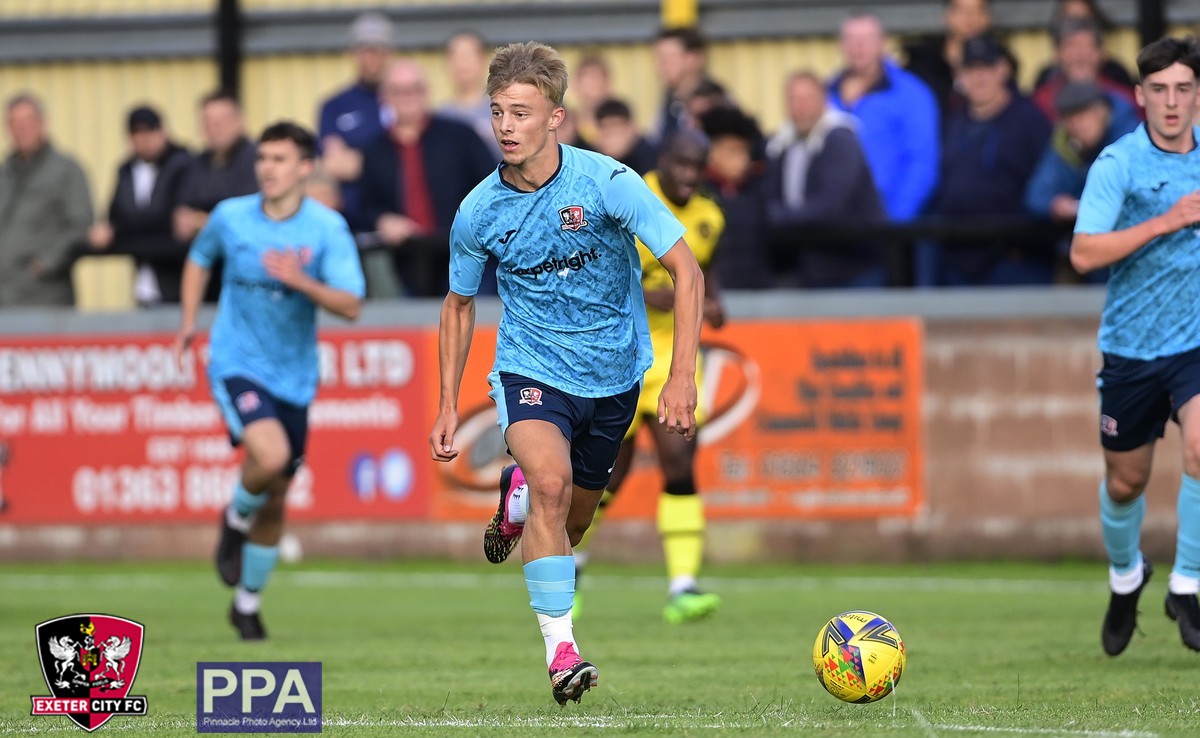 “The first-year scholars have come back in great shape, with the likes of Sam Joce only just finished his GCSEs. We learned lessons from last season when we went a bit too heavy, leaving players needing a few days to rest here and there, but Jacob Staines has done a good job of reflecting and learning from last year.”

But while pre-season is about trying to get the players to the desired levels of fitness and match sharpness by the time the beginning of the competitive campaign comes around, there is no better indicator of where the players are currently than matches themselves, and the youth side played their first friendly at the weekend.

“The boys had their first proper game on Saturday,” said Nicholson. He added, “We were meant to play Torquay United’s Under-18s, however, they weren’t able to raise a side, so at late notice, we ended up playing a team set up by Stewart Monk, who has set up a development centre at Coach Road, Newton Abbot. Those players were guys who weren’t signed as professionals at various Academies, so it is about giving those boys an opportunity to play in front of coaches at various professional clubs.

“We ended up winning by a comfortable scoreline, but in the blistering heat, it was a good opportunity to put into practise the things we worked on in training while in possession of the ball, as well as get some minutes in the players’ legs. It was nice for the boys to get their kit on. They did really well, and I was happy with their intent and application.” 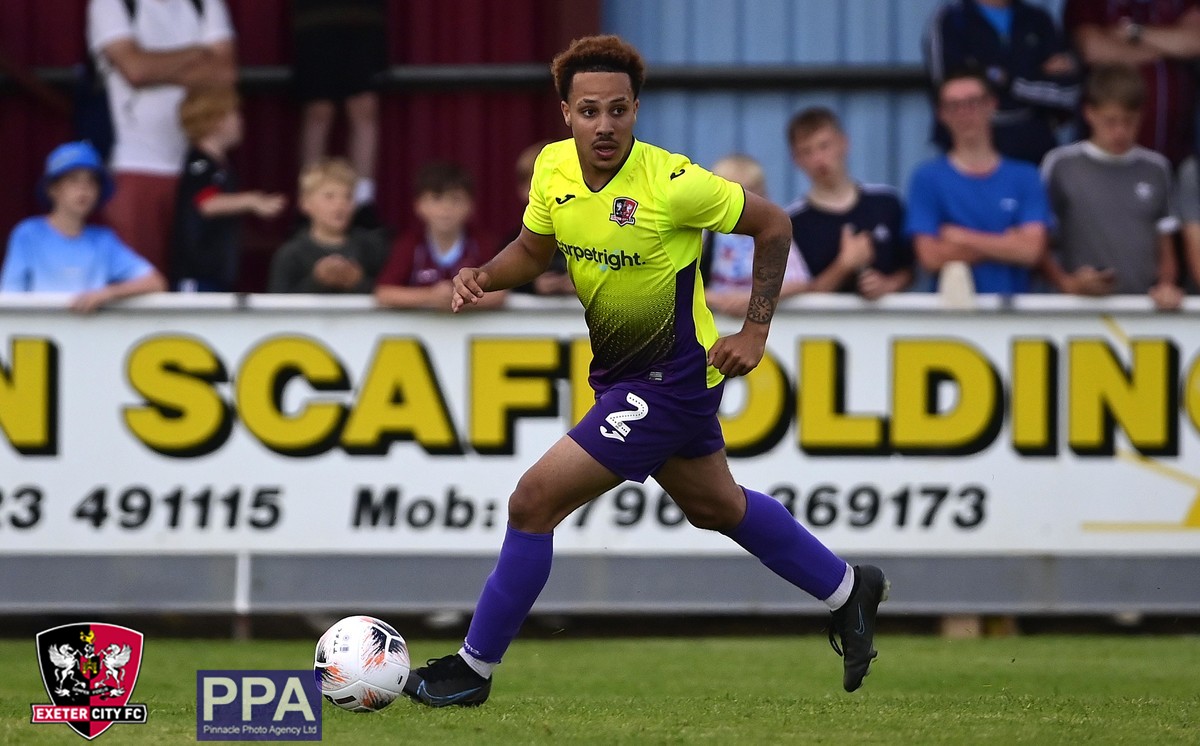 ECFC’s Under-18s continue their pre-season preparations with another exhibition lined up on Tuesday afternoon against South Gloucestershire and Stroud College, before they play Newton Abbot Spurs this coming weekend. A friendly with Tavistock AFC is arranged for Wednesday July 20th, while the Exeter youngsters face another men’s team in the shape of Exmouth on July 23rd. Their final two pre-season matches are against Bristol City U18s and Swansea City U18s, before they start their Youth Alliance South West fixtures on August 6th.

Nicholson explained how the Academy staff have organised this season’s pre-season in such a way.

“We wanted to structure the boys' pre-season matches in a way that would give them mixed experiences. So we are playing college sides to start with, before we go into some tough matches against decent men’s teams, and then we step it up and play two Category 2 Academy sides towards the end of our pre-season.

“You can get a contrast of feelings towards pre-season games, but they are something that needs to be done. It gives the lads something realistic to work towards and an opportunity to showcase themselves. The chances can’t be a day wasted, because the end goal has got to be working towards earning that professional contract.”

But while the Under-18s set-up provides a good platform for the players to work towards that final target, their experiences in men’s football are what will benefit the Under-18s enormously, and Nicholson confirmed that with three of the youth side already agreeing to go out on loan to men’s clubs this season, further will follow come Christmas time. 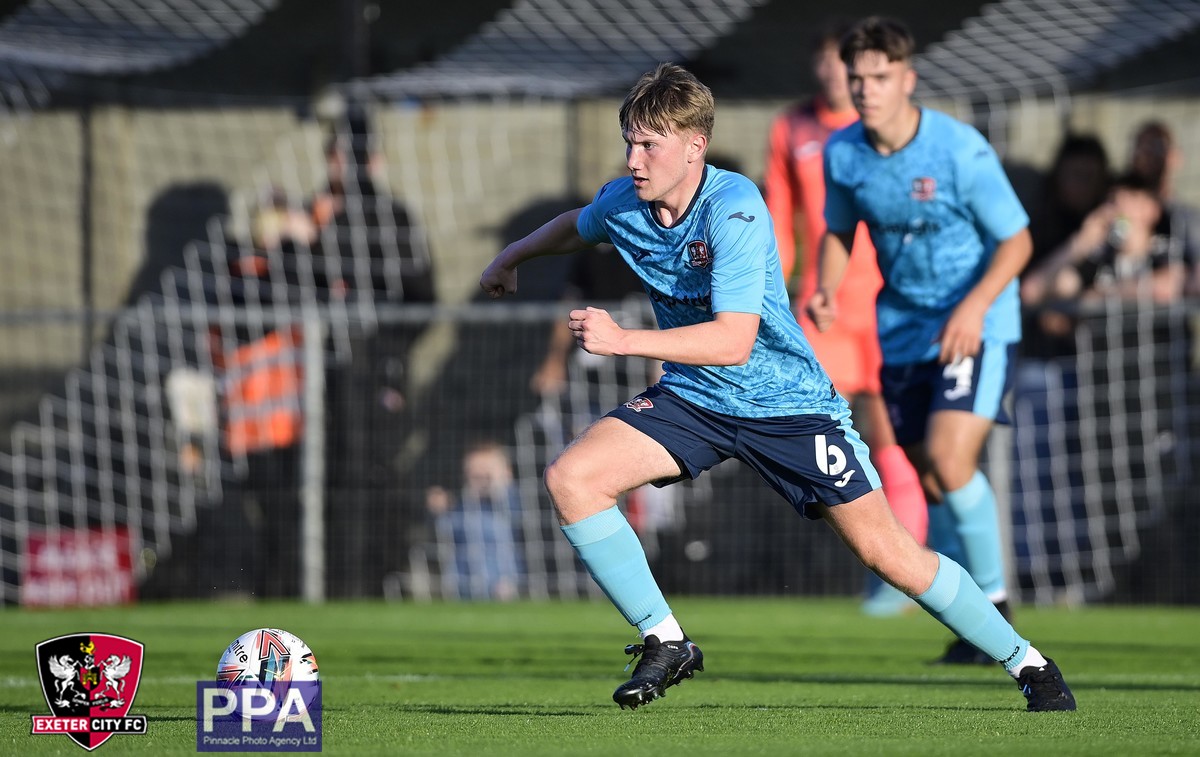 “We have three who have already agreed to go out on loan. Aamir Daniels and Joe O’Connor have linked up with Tavistock AFC, and Ed James has gone to Saltash. We thought Joe and Ed were at a stage of their development where it would be great to get them into men’s football early. Joe has made a strong start at Tavistock, while Ed played his first game on Saturday. With Aamir, after we played Tavistock in the Devon Bowl last season, the manager asked about him despite him being relatively new to the club. We want to continue working with Aamir, and he has been linking up with the first-team in recent friendly matches, but when he heads back to the Under-18s, we realised Tavistock would be a good opportunity for him, and the exposure would only be a good thing.

“We have a tried and tested method at Exeter City regarding our Under-18s and our link to the men’s sides in the local area. You only have to look at Ollie Watkins at Weston-Super-Mare and Matt Jay at Truro to see how beneficial those loans are. But it is about putting our players into men’s sides, and then them coming back and demonstrating that maturity in their game that helps them get towards that pro deal. A lot of thought goes into our players’ developments, and more, around Christmas time, will also get the chance to go into the men’s game as well.”