It’s National Pie Week, so we thought we’d take a look at the pie and pasty eating habits of fans at St James Park!

Award-winning producers Chunk, have been supplying the park with their premium products for just over six months.

In that time, we’ve munched through an impressive 9,150 of their specially created large Grecian steak pasty and 1,830 of their kickin chicken balti pies, which have been hitting the headlines, after being declared in the top five pies at football grounds by the Planet Sport website.

As well as pies and pasties, sausage rolls are a firm favourite, with more than 6,000 sold at the park since August.

And it only seems appropriate to show our eating habits in a pie chart... 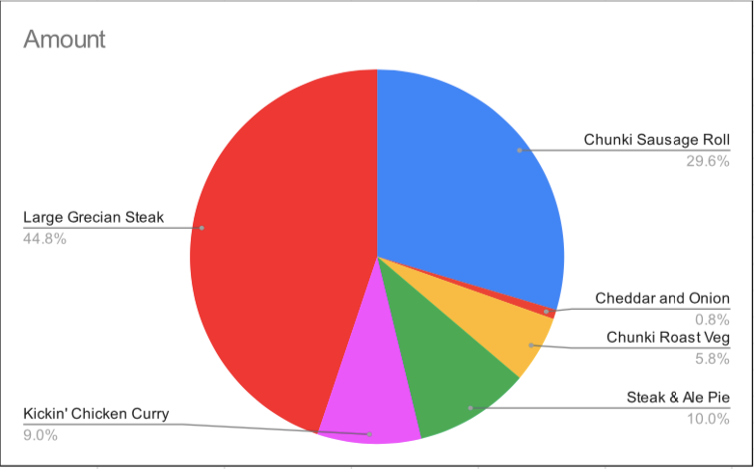 Clive Harrison, Director of Supporter Engagement said: "The range of pies together with our own recipe Chunk Grecian Pasty have proved very popular with both home and away supporters. We’ve seen sales increase and overwhelmingly positive feedback, all of which helps contribute to our supporters' matchday experience."

The EFL Family Excellence scheme commended the food at the ground during a recent visit, saying it was of ‘good quality’ and praising the steak and veggie pasties as being ‘a little different to the usual pie or hot dog’.

Away fans have also been sharing their love for the ECFC snacks. Following the recent Swindon match, Twitter user, The Modfather, said: "The result wasn’t great, but the pre match steak pasty was delicious and massive and I’m still full from it today."