Exeter City Football Club’s first-team players brought early Christmas magic to the children and teenagers on Bramble Ward at the Royal Devon and Exeter Hospital, by paying them a special festive visit.

The players delivered dozens of bears, toys, calendars, footballs, signed merchandise, selection boxes and chocolates to the young patients who are sadly spending the festive period on the ward.

The players who visited the ward were captain Jordan Moore-Taylor, Dean Moxey, Jake Taylor, Lloyd James, Craig Woodman, Ryan Brunt and Robbie Simpson. They were joined by Grecian the Lion who made a special appearance to entertain patients and staff, and spread some early Christmas cheer.

The City stars chatted with the children and their families about their time on the Bramble Ward and their plans for Christmas, with the topic often changing to football. The City players were clearly touched by the visit, after hearing the reasons for the youngsters being on the ward they spent time chatting to the nurses about their daily roles and the care they offer.

City designated the match day bucket collection at Tuesday, December 12’s Emirates FA Cup second round replay against Forest Green Rovers to the visit, with £750 being raised towards gifts for the visit thanks to the generosity of supporters and sponsors. 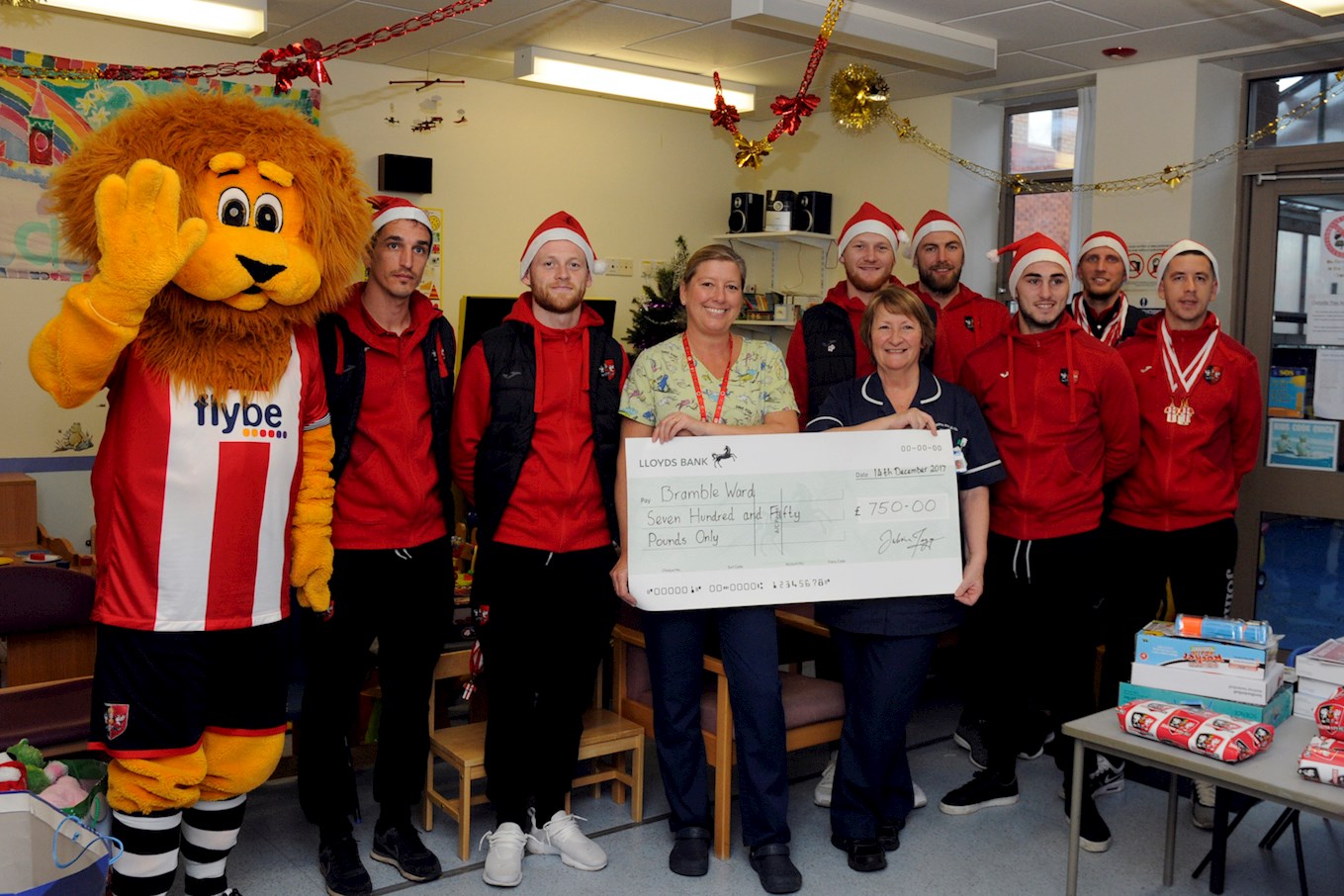 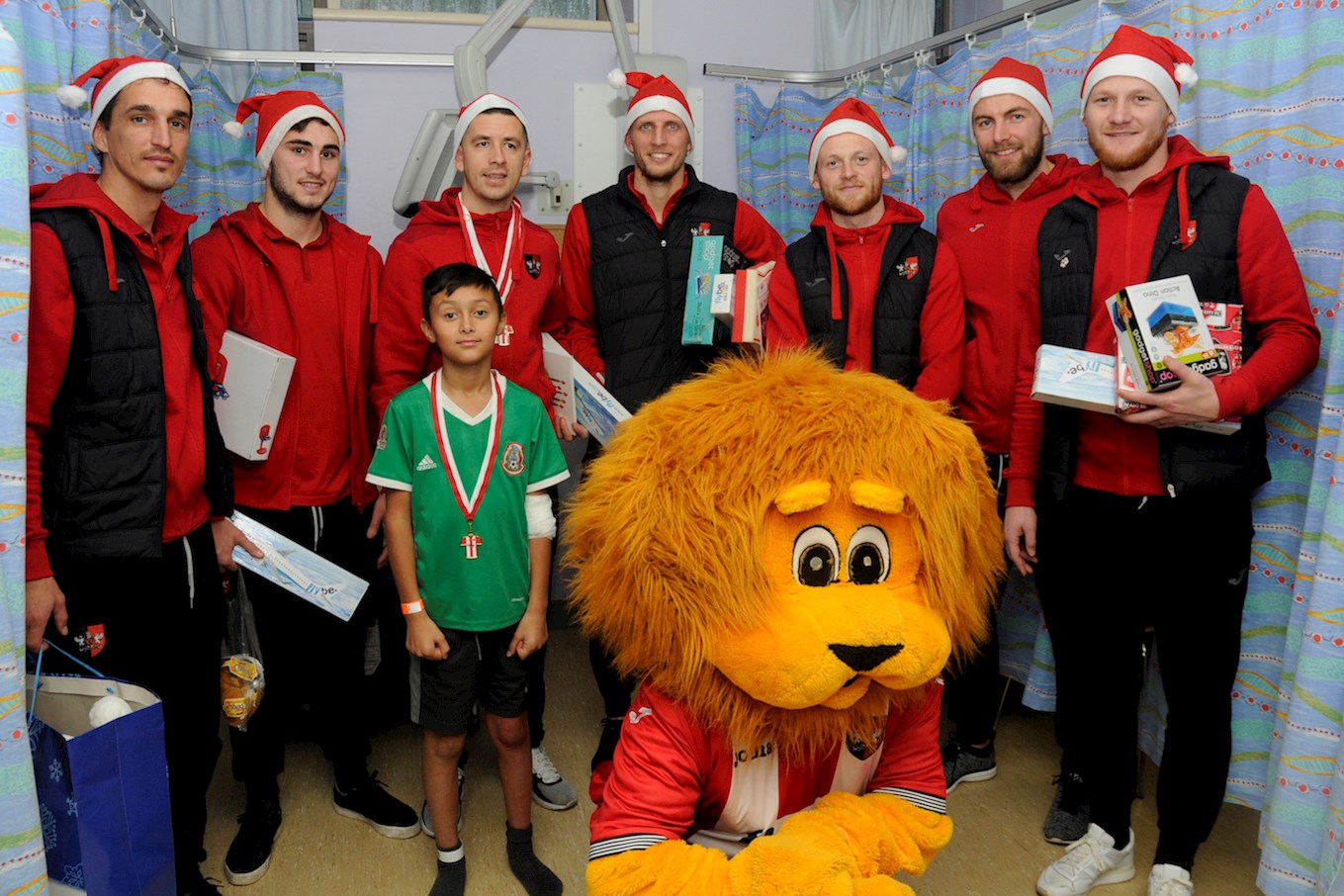 Becca Sumner, whose daughter Edith-May is on Bramble Ward said: “Thank you so much to the City Players and Grecian the Lion for cheering up Edith-May, she had a miserable three days and after all the tests, needles and tears, you came and gave her a gorgeous pink teddy bear, she was thrilled. You made her feel happy and smiley again!”

And the visit was a hit with nine-year-old football fan Troy Foster from Dawlish. Troy has been in hospital for the last eight days because of an infection in his hip and is due to stay in for a couple more days yet. He became ill and was admitted to hospital the day before his birthday so his birthday party had to be cancelled.

His mum Sarah Foster said: “This has been brilliant. The visit has really cheered him up as he’s had a bit of a morning of it and has been under a lot of distress. The visit by Exeter City has given him something to look forward to which is lovely.”

Troy, who attended ECFC’s holiday training camps in Teignmouth, plays defence for Dawlish United and wants to play for England one day. He said: “I loved the training camp, especially when I got to take penalties as I always won.”

Exeter City chairman Julian Tagg said “I’d like to thank the Bramble Ward for allowing us to visit again this year. The bravery of the children, the love of their families, the care and skills of the staff in Bramble Ward should inspire us all, especially at Christmas time.

Special thanks go to our own supporters, for donating gifts and loose change towards the presents, meaning we could spread even more Christmas cheer this year.” 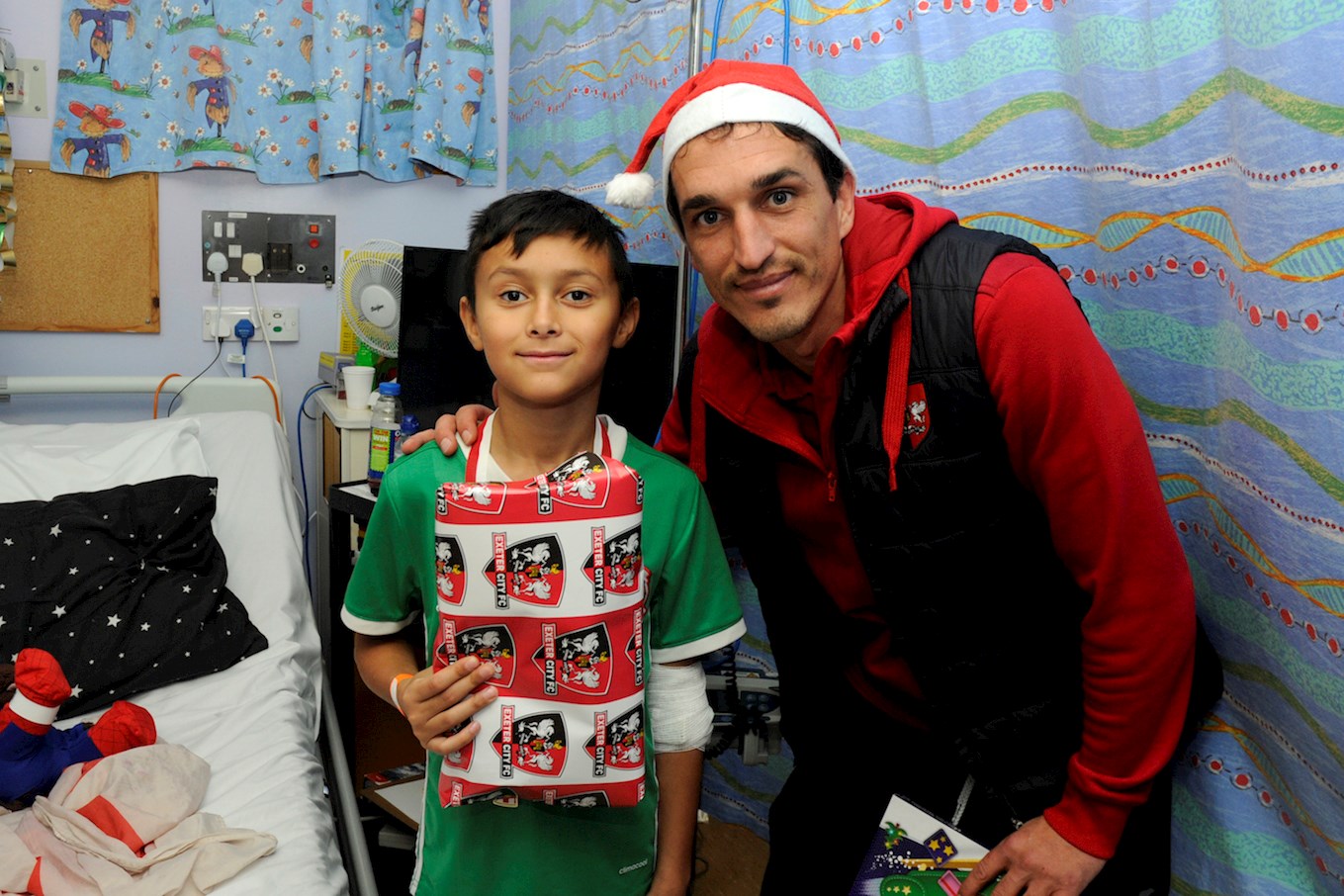 Speaking on behalf of Exeter RD&E Karen Medcalf, Senior Nurse for Paediatrics said: “We really appreciate the Exeter City players making the time to visit Bramble ward at this time of year.

The children are always excited by the thought of meeting real live footballers and their visit brings cheer and light to their days - so thank you on behalf of all of us on Bramble!"