Exeter City Ladies got their pre-season off to a good start as they beat a very organised and determined Bideford outfit 2-0 at the Cliff Hill training ground.

The City girls, playing under the management of Clive Watts and Abbie Britton for the first time, dominated the early possession but survived a couple of early scares as Bideford hit them on the counter.

City’s first chance fell to No. 10 Kate Finch, following good build play from Millie Pearce and Amber Guy-Kemp. However, the City striker dragged her shot just wide of the post. 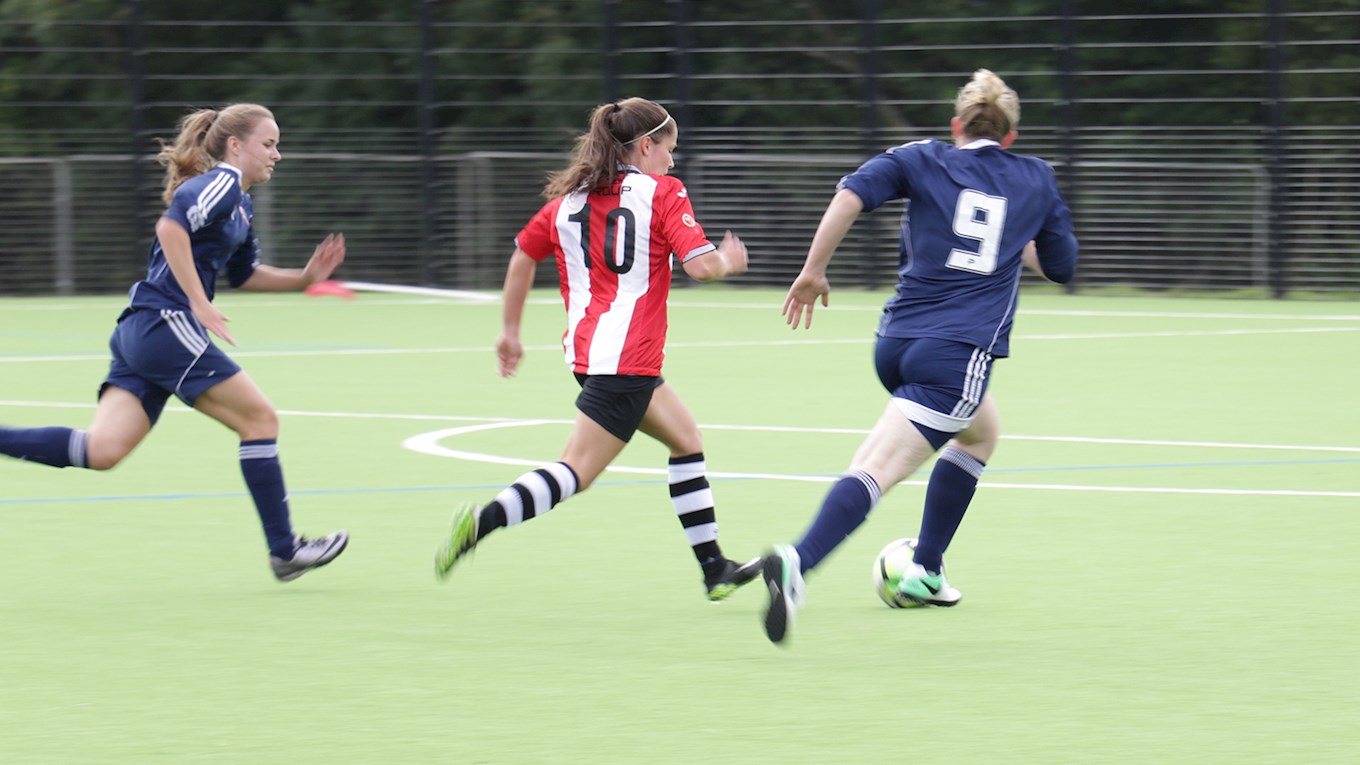 Moments later though Finch was sent clear again from a good through-ball from Manfy Sharpe, but she was denied by a good stop from the visiting keeper.

City continued to look the more threatening of the two teams going into half-time with a shot cannoning off the inside of the post before they took the lead from a corner. Danni Skinner delivered a good cross that was met with a towering header from Guy-Kemp and, as the ball bounced off the crossbar, Pearce was in the right place to prod the ball home.

Bideford started the second half well but were denied an equaliser when Donna Langdon rushed off her line to make a good diving save at the feet of one of their attackers. However, the pressure continued to build and Bronwyn Cousins and Emily Toogood had to clear off the goal line after a Bideford attacker had rounded Langdon in the City goal.

The game started to open up more as both teams began to tire but it was City’s determination that proved decisive in the closing stages as they grabbed a second goal. 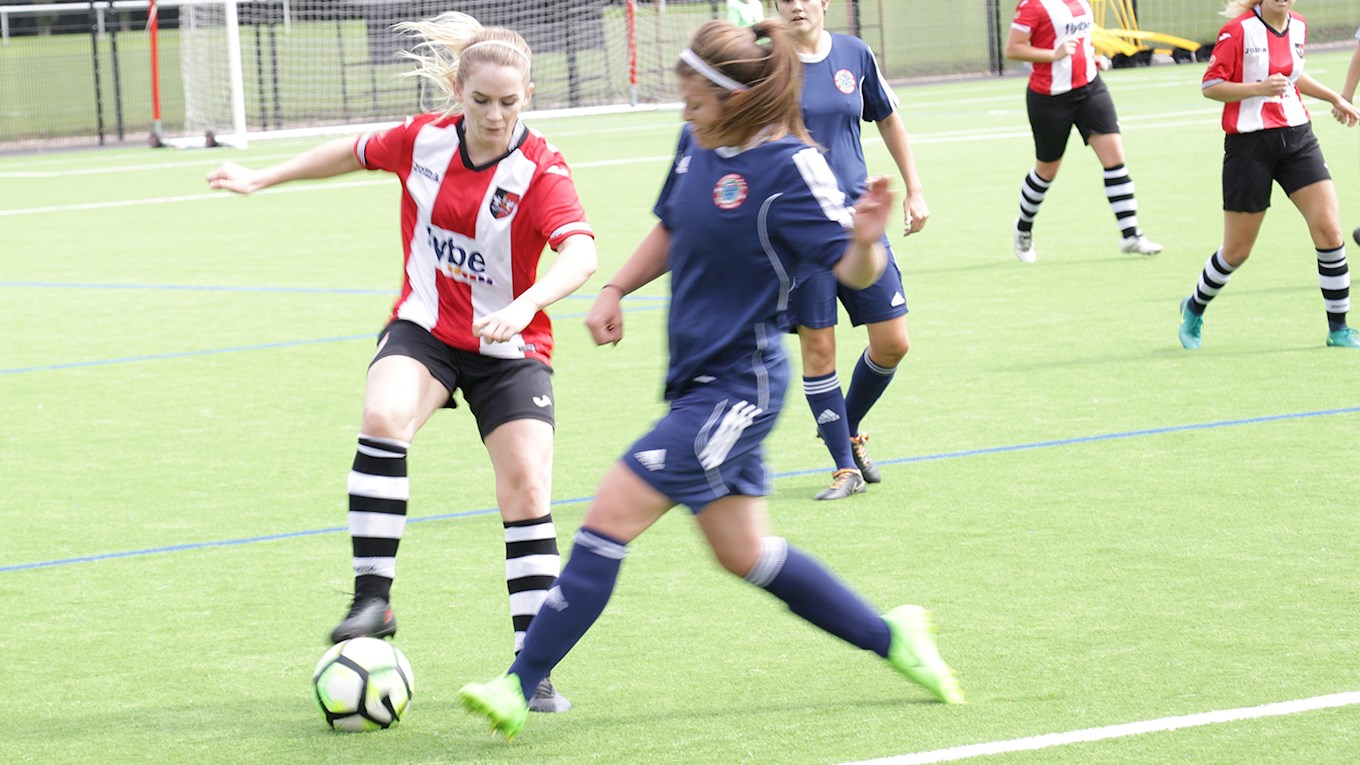 Great link-up play by summer signing Lannence Hole and Jazz Hervin saw the ball worked up to Louise Ilsley whose neat set back to Skinner saw her power a stunning 20-yard drive into the top corner.

Speaking after the match co-manager Abbie Britton said: “We were very happy with how the team performed. It’s our first game of pre-season and was very encouraging seeing things we have worked on in training come off in today’s match.

“The players work rate and determination was there for all to see and to score a goal so late on just shows this team have got spirit and a mindset that they will keep going for the full 90 minutes. This is the start of something good for this ladies’ team.”

Exeter City Ladies are still looking for new players for the upcoming season. The team train at the Cliff Hill training ground on a Thursday evening from 7pm to 9pm. For more information email ecfcladies@ecfc.co.uk.