The current state of affairs at SJP

The redevelopment of St James Park commenced following City’s final home match of the season, a dramatic 3-2 win over Carlisle United on Thursday, May 18.

The redevelopment will see the Old Grandstand, sponsored by Stagecoach demolished and replaced a new stand, offering a much-enhanced fan experience, with no pillars to obstruct the view and vastly improved toilets and refreshment facilities.

New changing rooms will be constructed under the IP Office stand, and replacement toilets and refreshment facilities will be provided for the Big Bank.

The first phase of redevelopment is well underway, and sees the construction of the Big Bank toilets, new changing rooms and associated works.

To date, a trench has been dug from St James Road towards the IP Office Main Stand, which will house water and other utilities. 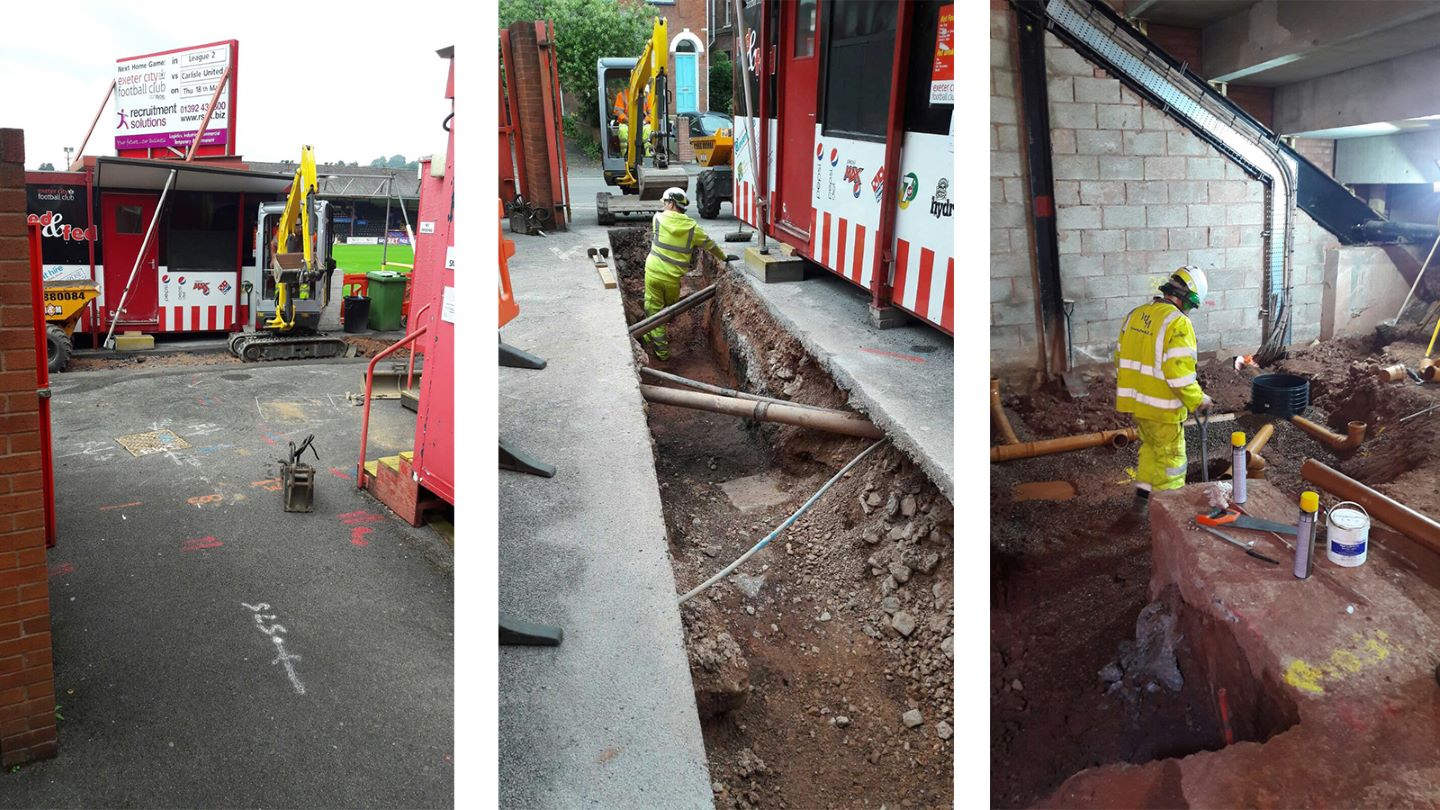 The groundsman hut underneath the IP Office Main Stand has been emptied, with enabling works commencing at pace.

Alongside these internal works, the seats from block K and L of the IP Office Main Stand have all been removed to allow for the waterproofing of the stand, (the same seats will be replaced after). 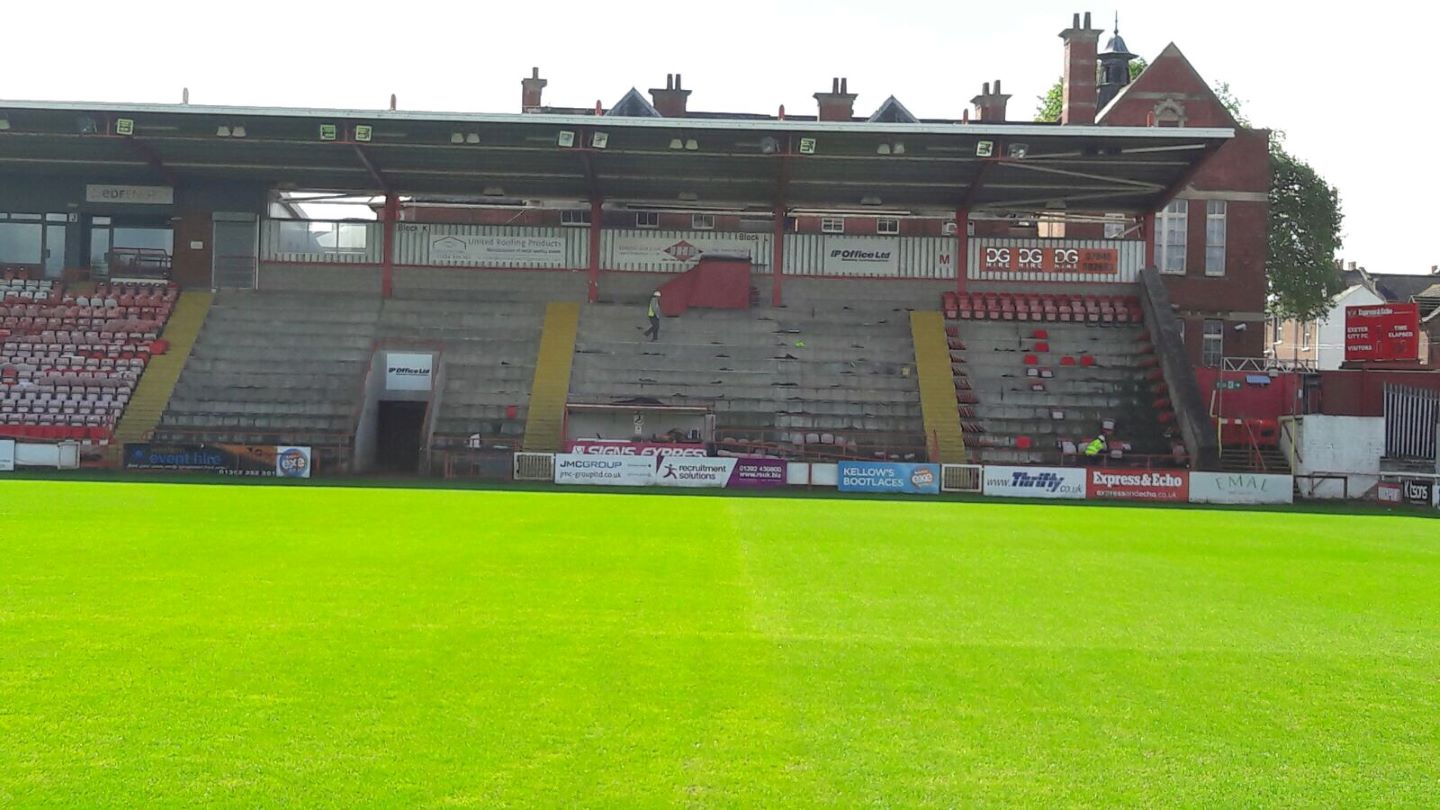 The Thatchers Big Bank area has now been safely sealed off. The turnstiles, entry gate and the concrete base the turnstiles were on have been removed to allow for new foundations and drainage for the new toilet facility, and repositioning of the turnstiles. 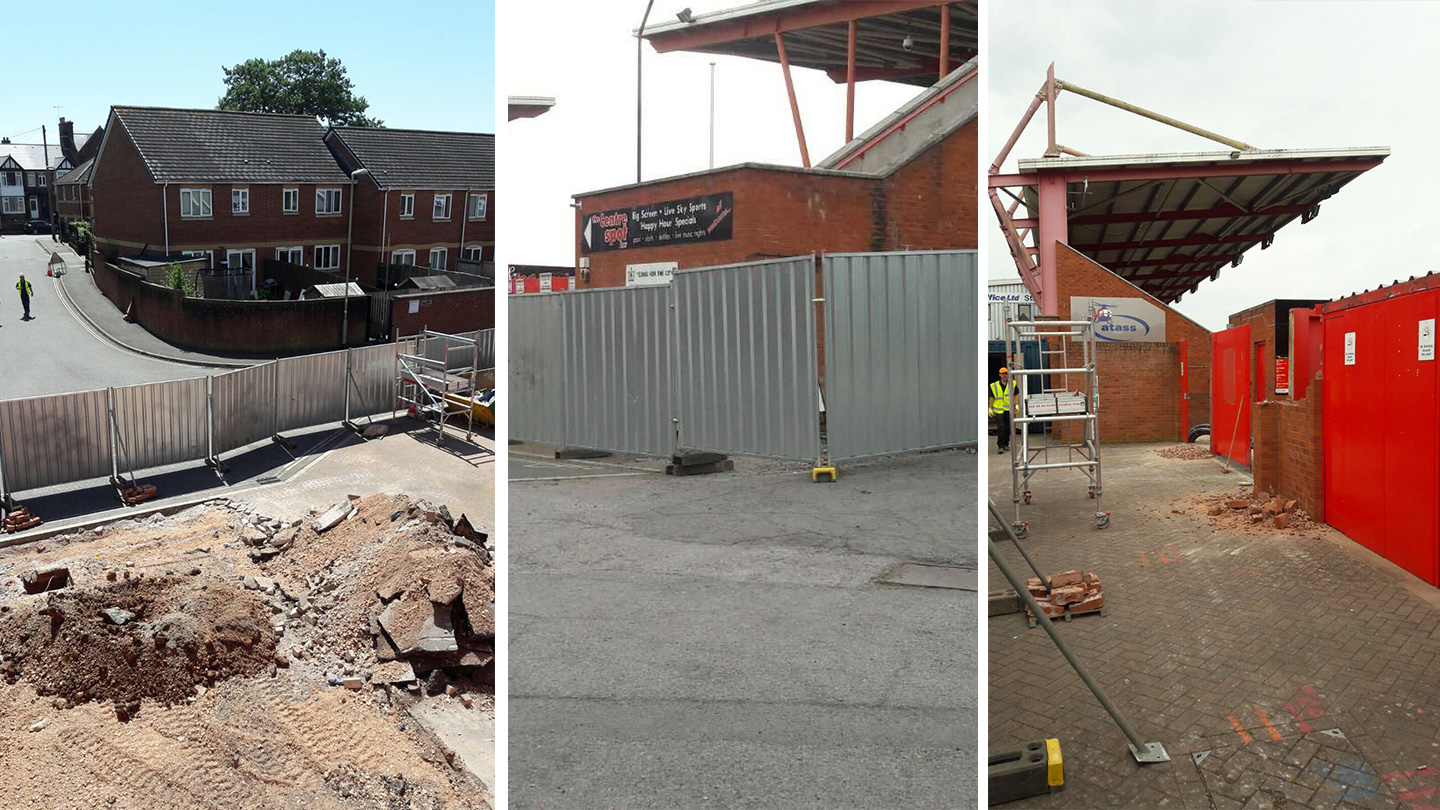 The named brick wall has been safely removed and stored, ready to be reinstalled at a later date. 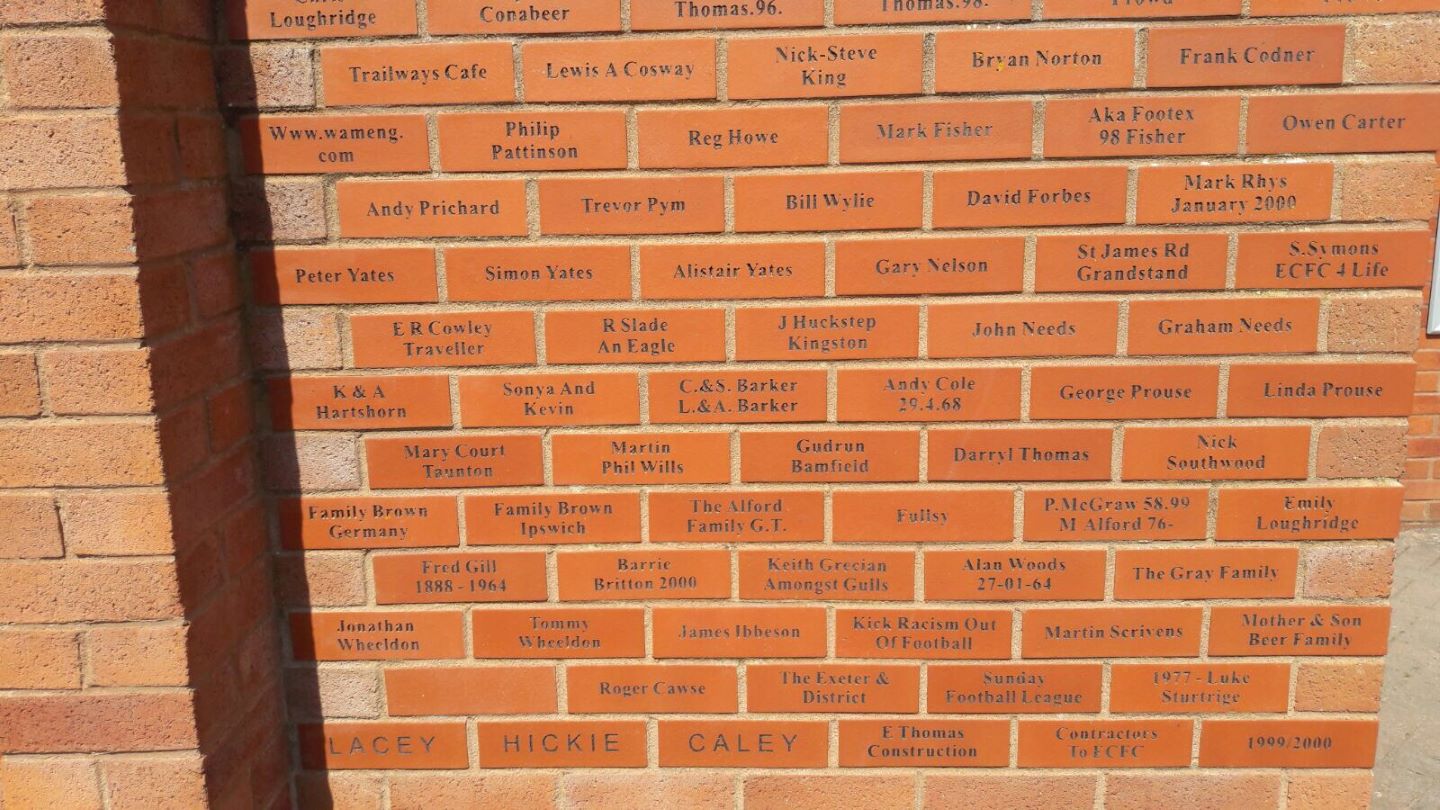 The away end has now been boarded off to protect the pitch from the development. The safety barriers from the terrace and all advertising boards have been removed from the fans area. 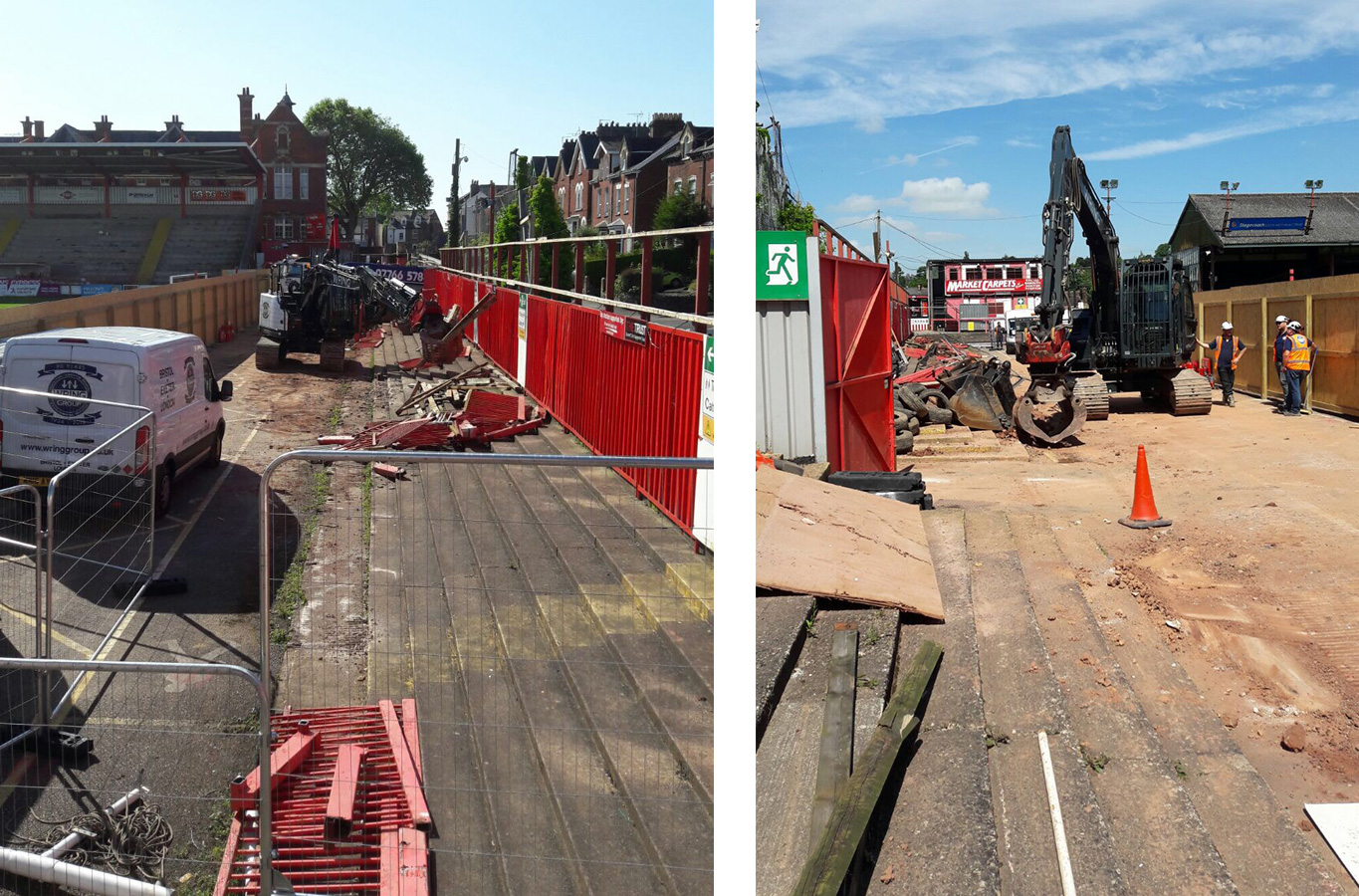 We plan to release further, more frequent updates of the redevelopment as it progresses to keep you informed about the changes to your club.