Two open events to be held in June

Exeter City supporters will have the opportunity to own a historic piece of their beloved club when work starts this summer on a new grandstand at St James Park.

Around £3.5million worth of improvements are scheduled at the ground over the coming year. At the centre of this work will be the demolition of the Old Grandstand, which is sponsored by Stagecoach, and is the oldest structure at the ground, dating back to 1926.

The football club is working with Exeter City Council, which owns the stand, to give fans the opportunity to buy seats before it is demolished.

Julian Tagg, chairman of Exeter City FC, said: "Exeter City Council has kindly allowed us to sell seats from the Old Grandstand to our fans. At this stage we are inviting expressions of interest so we can gauge the level of interest in this.

"We know that Exeter City fans are passionate about their club and we’re very grateful to the council for allowing us this opportunity to pass on a little bit of history."

It is anticipated that people may want to buy their own seat, unfortunately, due to the structure of the stand, the seats can only be removed in sections. They will be sold off in those rows on a ‘first come - first served’ basis. The cost will be a fixed price of £20 per section, to cover the costs of the removal. Due to the style and age of the seats they will not be freestanding once removed from the stand. 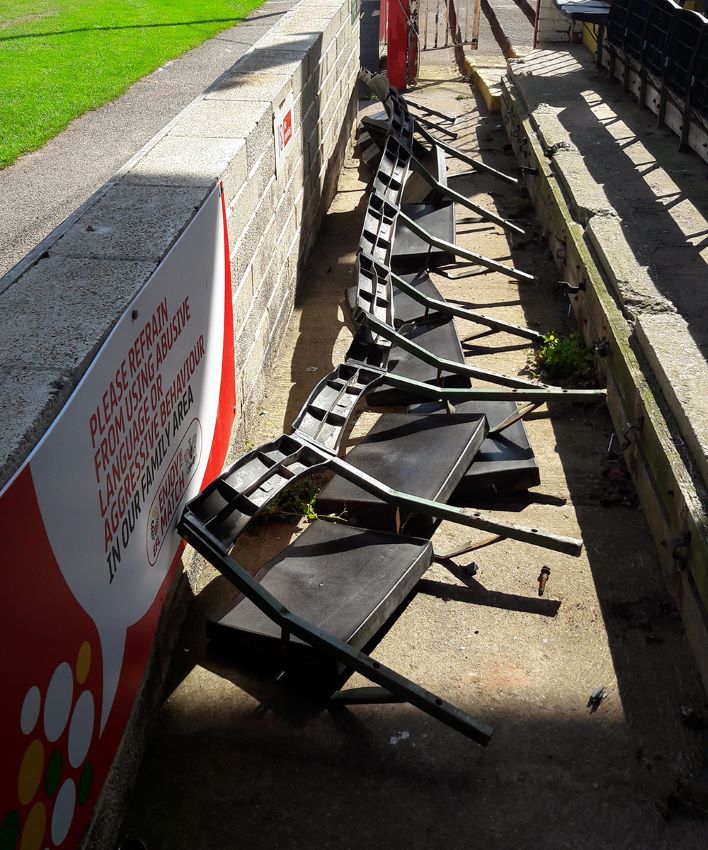 All buyers will be responsible for taking away the complete rows of seats from the ground. The seats will not be able to be separated or broken down at the ground due to health and safety regulations. The items will require removal before handover to the developers and dates for collection will be announced shortly.

Some items of particular historic interest will be removed for display at the St James Park.

Fans are invited to the club between 6pm and 8pm on Thursday, June 22 and 10am and 12pm on Saturday June 24 to view the stand and submit their expression of interest. The club is only able to accept sales from people who attend the viewing.