Exeter City continued their unbeaten start to the South West Women’s Football League Premier Division season with a 1-1 draw away at Bishops Lydeard.

City started the match brightly with Amber Guy-Kemp forcing the home keeper into a fingertip save in the 16th minute.

The visitors were dealt a blow three minutes later though when last season’s player of the year Manfy Sharpe went off injured.

However, the first-half chances kept coming for the Grecians with new signing Hope Suominen playing a great through-ball for Kate Finch who tested the home shot-stopper once more.

Emily Toogood then went closest to opening the scoring when her shot from an angle rattled the crossbar. The rebound fell kindly for Finch but she, again, found the Bishops keeper in good form. 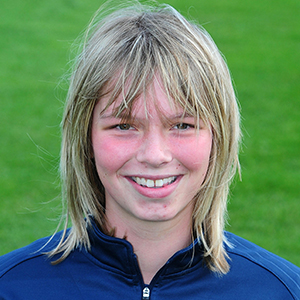 However, City got the breakthrough their play deserved in the 47th minute when an inswinging free-kick from Skinner hit a Bishops defender on its way into the back of the net for an own goal.

Guy-Kemp and the fit-again Sharpe then had further chances to extend the lead before the visitors were caught out by a long ball over their defence that saw the home side equalise.

City pushed forward in the closing half hour of the match to try and find a winner but despite a couple of efforts from Skinner and one from Finch they had to settle for a point.