Intrepid television presenter Jeff Stelling has been honoured for his ‘unbelievable’ fundraising walk for Prostate Cancer UK at the JustGiving Fundraising Awards on Tuesday, 22nd November.

The long-standing Sky Sports Soccer Saturday host was named Celebrity Fundraiser of the Year at the event at The Brewery in London after completing his March for Men, an epic 15 marathons in 15 days, starting at our very own St James Park, Exeter City FC to Newcastle United FC in June. 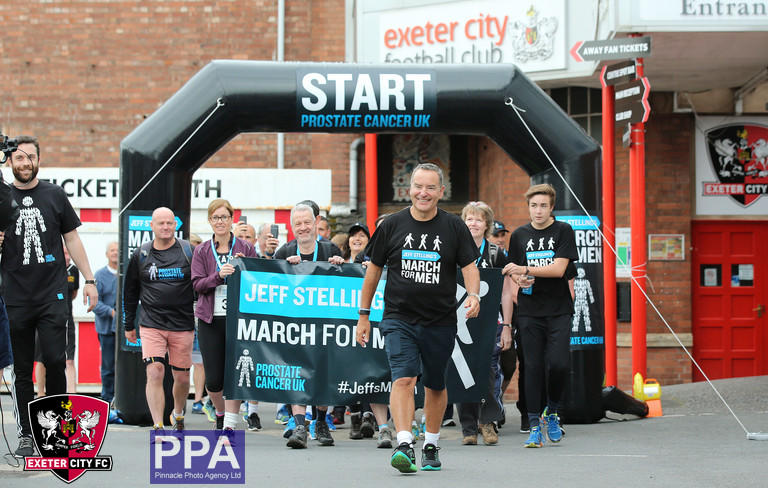 Stelling, 62, teamed up with Prostate Cancer UK to walk 400 miles from St James Park to St James’ Park from June 2nd to June 16th visiting more than 40 football clubs and raising more than £370,000.

Having also strolled from Hartlepool to Wembley the previous year, Stelling’s fundraising total is now a staggering £800,000 and he scooped the accolade ahead of film star Tom Hardy and fellow television personality Denise van Outen.

Throughout, Jeff was also accompanied by men and families affected by the disease, including 52-year-old Kevin Webber, a man with terminal prostate cancer. Webber, an AFC Wimbledon season-ticket holder from Epsom walked 12 of the 15 days and when away from the event due to a family emergency, he managed to RUN three marathons.

Jeff said: “I’m proud and honoured to be named as Celebrity Fundraiser of the Year by JustGiving, and accept this award on behalf of every single person that supported me along the way, and continue to do so to this day. 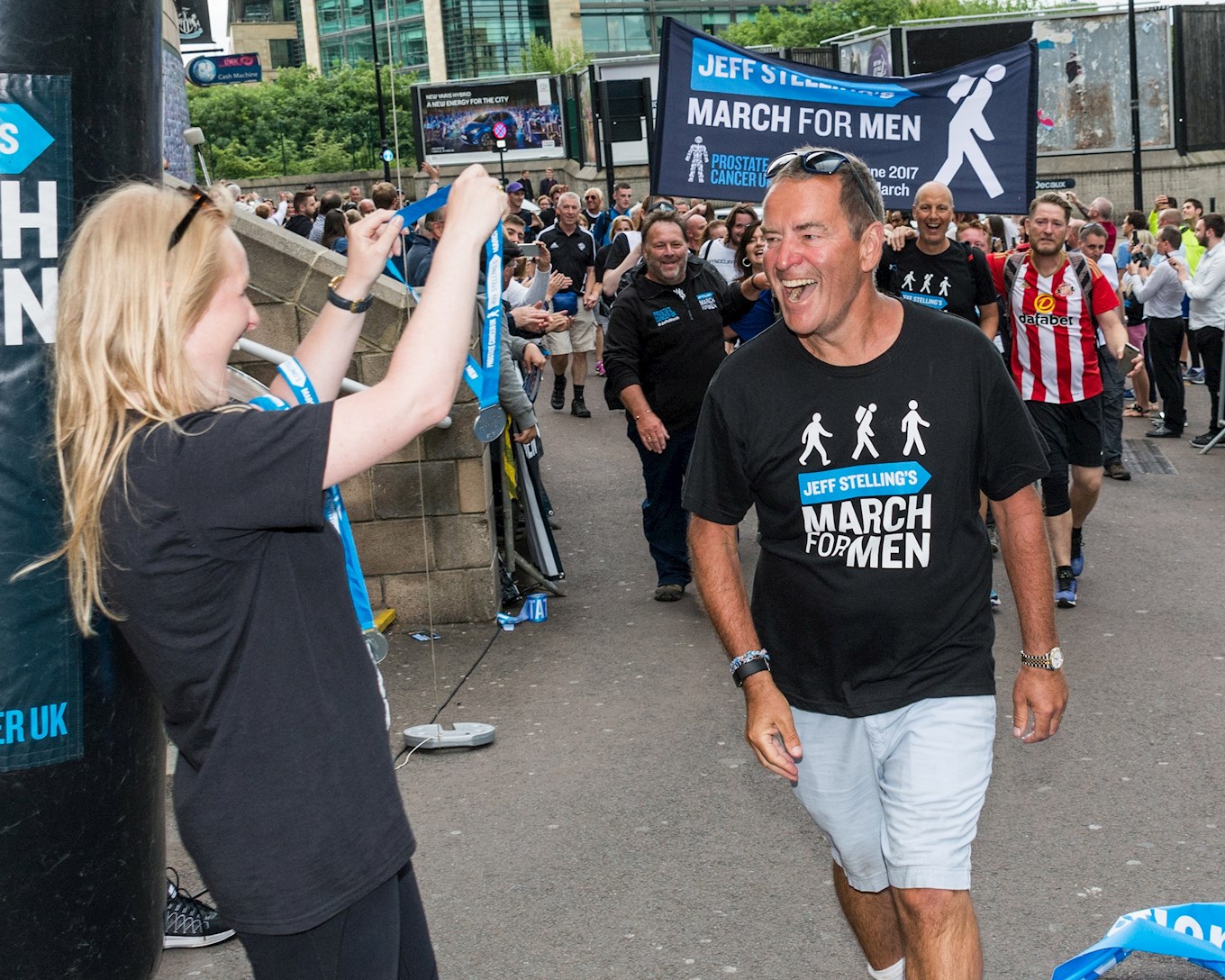 “Since deciding to take on these challenges, I’ve learned so much about prostate cancer, and the devastating effects it has. I’ve met some incredible people along the way and been inspired beyond belief at their stories and positivity while dealing with something so heart-breaking. I take my hat off to them all.

“The awareness raised all the way from Exeter to Newcastle, and from Hartlepool to Wembley last year will also make a massive difference. This wouldn’t be possible without the incredible support of the public, of the clubs and football fans and the passion of the charity to drive this forward. This award is for them all.”

Prostate Cancer UK continue to work within the football community to raise funds and awareness to beat a disease that kills one man every 45 minutes.

You can find out more about their work here.