Exeter City Ladies got their South West Women’s Football League Premier Division season off to a winning start with a 6-1 away win at Ilminster Town.

Having had their first two games of the league season postponed, the City side were keen to make up for lost ground and got off to a great start by opening the scoring in the 14th minute.

Last season’s players’ player of the season Emily Toogood set up the chance for the opening goal as she played the ball to captain Dani Skinner who tested the Ilminster keeper with a well-struck shot. However, as the home keeper pushed the ball out Millie Pearce swept the rebound into the bottom corner to make it 1-0.

Jazz Hervin then came close to making it 2-0, with a free-kick that was tipped onto the crossbar, before Toogood sent a header just over the top from a corner.

Amber Guy-Kemp then played a good one-two with Pearce before hitting a pass across goal for Toogood to tap home at the back post.

And then Kate Finch got her first goal of the game as she headed home a Hervin corner to make it 3-0.

City were unfortunate not to be further in front at the break as Kelsie Miller had strong claims for a penalty turned down as she was brought down in the box. 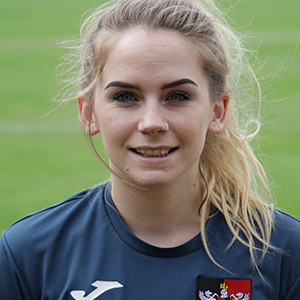 The goals kept coming in the second half though with City taking control in the midfield area thanks to a performance from player-of-the-match Manfy Sharpe.

Finch got her second of the match when Billie Denny crossed for her to find the bottom corner. Then Finch turned provider as she teed up Skinner for an effort that went in off the post.

Ilminster did pull a goal back in the 72nd minute, but the scoring was completed 10 minutes from time when Louise Ilsley flicked the ball into Finch’s path for her to complete her hat-trick with a smart finish. 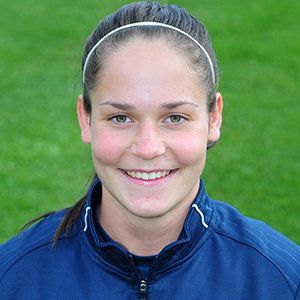 Kate Finch who netted a hat-trick

Bronwyn Cousins, who also had a strong game, came close to making it 7-1 late on but was denied by a good save from the Ilminster keeper.

Speaking about the performance Donna Langdon, said: “It was good to see so many positive from a new young team, rebuilding from last season".