Workers in the Stagecoach Old Grandstand have discovered some interesting finds as they start to bring down the famous structure that was built in 1926.

Before the demolition of the Old Grandstand members of Exeter City history group, club board and the University of Exeter met with general manager Justin Quick who is leading operationally on behalf the club.

After looking through the stand several items were marked for removal. These included the A Block sign and various items that were felt iconic.

The discussion then centred around looking out for historic items that may be behind stud walls or may have fallen underneath the seats of the original 1926 seating.

Some of the items that have been found have stunned the history group.

So far, workmen have included the following: 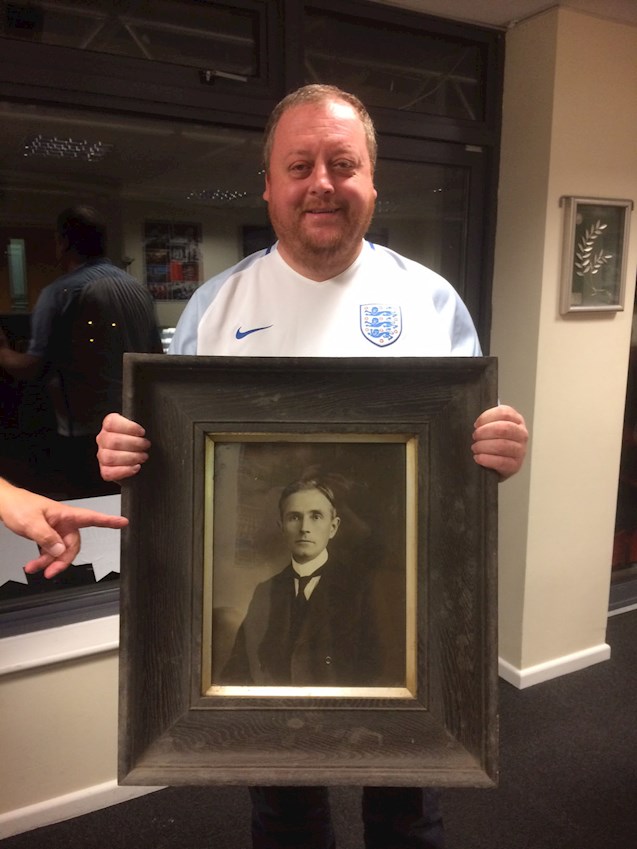 2. A framed hand-written list of supporters’ club members from 1938/39 season, pictured below. 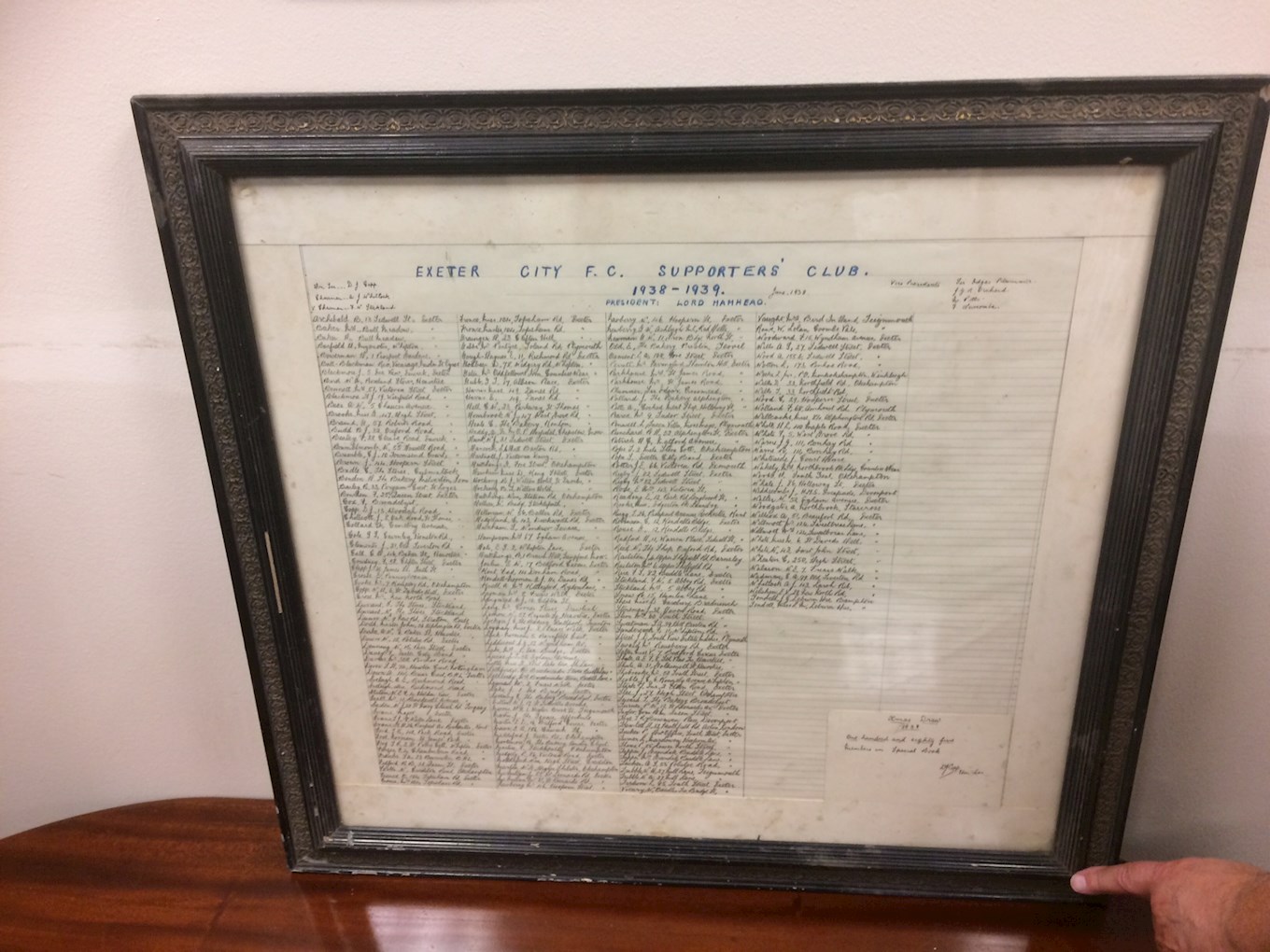 Does anyone recognise any of the people? Are they related to you?

3. A framed original from 1925/26 of the team outside a café in Amsterdam, just before they thrashed Ajax.

4. A picture of HMS Exeter team with Exeter City from the early 1930s

5. A large poster of British Railways timetable from 1950, no wonder they had large crowds, fans could get the train home.

6. An unidentified photo that the group will look need to investigate.

The pictures and frames are going to be restored and added to our extensive collection of photos/pictures.

The club board, history group and University of Exeter team would like say a huge thank you to the workers who discovered these items.

Workmen have been rewarded with Tribute from St Austell Brewery for their finds.