The ever popular match day guard of honour will get a lift on Saturday at City's match against Newport County AFC, with the introduction of new flags.

To launch the new design, youngsters of the playing staff will form the guard of honour as the two teams exit the tunnel at St James Park. 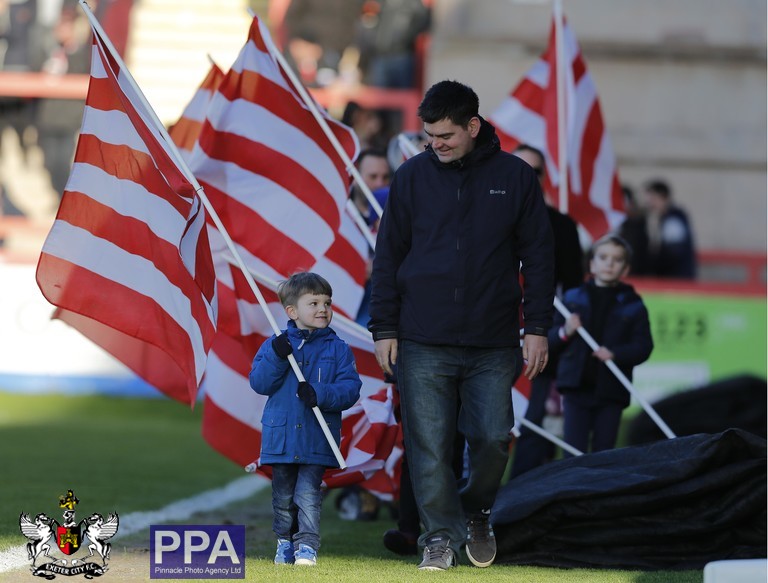 Following Saturday, the flag bearing team will revert to being selected on a rotation basis between the two stands, starting with the Thatchers' Big Bank for the Crewe Alexandra match on Saturday, September 16, and the IP Office Main Stand for the Notts County match on Tuesday, September 26.

FREE face painting returns to SJP tomorrow and will be available in Red Square from 1.45pm, and around the ground from 2.30pm.

Following last year’s unprecedented success, the magician will be back in the stands by popular demand.

Lez the Fez will be entertaining youngsters at SJP this season. He is one of the most popular magicians and entertainers in Devon, with his amazing sleight-of-hand close up magic, balloon modelling and humour putting him at the top of his magician profession.  He earned the name of Lez the Fez after developing a relationship with former Exeter school boy, the late Tommy Cooper. 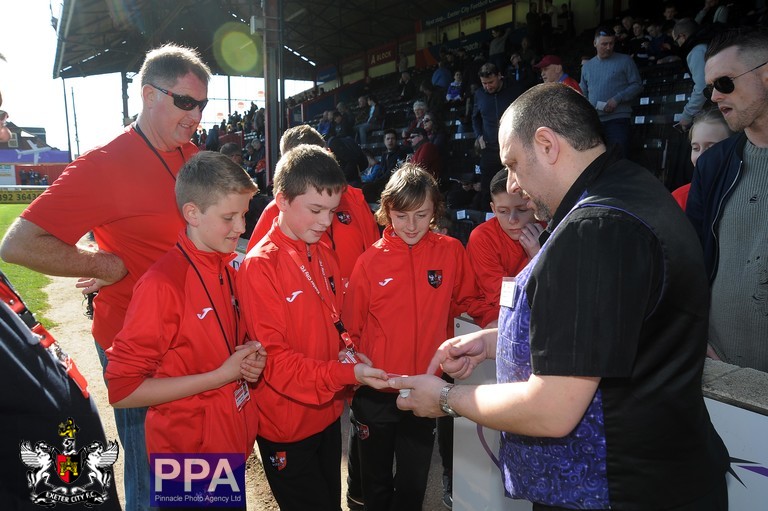 As a magician, Lez has performed at some of the best hotels and venues throughout the UK including the QE2 and has worked with some of the finest acts around.

We can be sure that we will have the recipe for conjuring up magical afternoons of fun, laughs and amusement pre-match on October 21 for the visit of Port Vale and December 16 for the visit of Stevenage.

Watch this space for release of dates for 2018, and the free easter magic show.