Exeter City’s under-18s advanced to the third round of the Youth Alliance Cup with a 1-0 victory against Milton Keynes Dons.

After receiving a first-round bye, Dan Green took his young squad to Buckinghamshire with the hope of extending their unbeaten run, and progressing to the next round of the competition.

James Dodd scored the only goal of the game, in a match which displayed all aspects of what was almost a complete performance from the Grecian youngsters.

For now they will have to wait to find out their third round opponents, but no matter who they end up paired with, they can go into the tie brimming with confidence.

Their day started positively, when the visitors began really well, and took the game to their opponents.

Consequently, following a good spell of possession from the Devon club, they took the lead on nine minutes from a set-piece. After City’s corner was initially dealt with, Jordan Dyer found Dodd, who brought the ball under control with his chest, before firing home to deservedly give the away side the lead and early initiative. 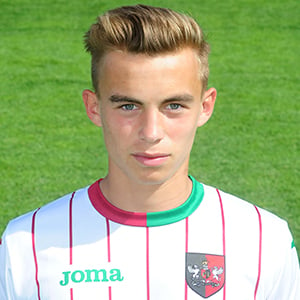 The Devon club continued to control the game, with Mitch Thomas and Josh Williams dominating the centre of the pitch, as the team looked for ways to extend their slender lead.

Joel Randall kept finding pockets of space down the left wing to send in some dangerous crosses, whilst Josh Key came close to Exeter’s second goal with a header from a set-play.

For all of the pressure mounted onto the MK goal however, they went into half-time just the one-goal ahead.

An inevitable response came from the hosts, as a rejuvenated Dons side came forward in after the break searching for a leveller. The Grecians though proved to be defensively solid, and finding a way through was a tough ask for the Dons.

Green’s men carried on their solid performance at the back throughout the second half, and despite it becoming a positive spell for the home team, the Devon outfit managed to see out the period without conceding.

Arguably, the best chance of the half actually fell to the visitors, who narrowly missed the chance to double the advantage when Randall nicked the ball from midfield, and carried it towards the Milton Keynes goal. However, the midfielder’s shot went agonisingly past the post with the goal at his mercy.

The spurned opportunity didn’t prove to be costly though, thanks to a display of grit and determination. Exeter held onto their 1-0 lead, which has seen them progress into the third round of the Youth Alliance cup, rounding off what has been a great week for City’s youngsters.

Exeter City under-18s coach, Dan Green: “It was certainly a positive performance, and we felt we were worthy of the victory because of the dominance we showed in the first half.

“Wayne Carlisle called it the ‘complete performance’, and whilst I may not think it was ‘complete’, it was certainly a performance that displayed both sides of the game. It showed we are capable of winning by displaying both sides, and I thought it was very good from a young team to see out the game with a 1-0 scoreline.”

“Josh Williams came into the side and did well until he picked up a knock, and Mitch Thomas put in a dominant display.

"Both Josh Hancock and Jordan Dyer were very good, and when we brought the three substitutes on, they were ready to enter the fray, and they were very good at picking up our team performance after we had been under a little bit of pressure in the early moments of the second half.

“We face a very strong team in Portsmouth on Saturday, and we will do well to continue the run that we are on. Hopefully, we can continue the good habits that the team have been showing in recent weeks, and we will hope those efforts will help us in putting in a decent performance and securing a good result.”