The Grecians offered three of their youth squads the chance to travel to another country with the intentions of developing the players’ ability and experiencing football and culture abroad.

Chad believed the tour had a real positive impact on the players that went.

“We talk about these tours providing the players with some good memories to take with them,” he said. “The boys all thoroughly enjoyed themselves, and they were happy to be a part of the matches they were involved in.”

Following on from the club’s youth teams having productive trips to Poland, Germany and Spain in recent seasons, City took their 2003, 2005 and 2006 sides to Sweden on April 12.

A hectic schedule for each age group, consisting of three matches in just four days was on the agenda, but everyone involved embraced the challenge and looked forward to testing themselves in a completely different environment.

After arriving in Stockholm, the first day saw the Devon club prepare themselves for their matches by training in Sweden’s National Sports Training Centre, a complex where Zlatan Ibrahimovic and his Swedish teammates warm-up before their international fixtures.

All groups were fed there, before being allowed the opportunity to train in the outstanding indoor facility. Those sessions proved to be vital, as all the squads left there in a positive mood ahead of their first fixture.

Match one saw the tourists face IF Brommapojkarna, a club known to produce a number of excellent footballers across a number of years, many of whom have gone on to represent Sweden at the highest level.

In an eye-opening encounter, Exeter’s youngest side played first and started on the back-foot. The Swedes proved to be a real handful as they started the better team. However, the second half saw the Englishmen liven up, and they enjoyed some success for the rest of the match.

The 2005 side continued a similar trend by starting slowly against their opponents. Despite making a few errors, they did play some nice passing moves, but the physical approach and aggressive pressing from Brommapojkarna made progress a little more difficult in a testing match for the visitors.

In spite of the most senior Grecians side suffering a 3-1 defeat to their counterparts, they started proceedings well, and in a fantastic first half, deservedly took the lead through Nelson Iseguan. The scores were levelled just before half-time, before an unfortunate error handed the Swedish side the lead after the break. A late goal on the break for the Swedes meant they took the victory, but the day gave all three squads a performance to build from.

Matchday two saw City’s youngsters face the academy sides from Djurgardens IF, with the clash between the 2006 sides providing a competitive game. The Devon outfit scored a few early goals, and saw more of the ball than they did in the first match. They created plenty of goalscoring opportunities as the team were still getting to grips with playing on a bigger pitch in an 11-a-side fixture.

The middle age group showed a superb mentality, as they bounced back from their opening game with a good effort in their second fixture. The players passed the ball with confidence, and they competed with their bigger and stronger opponents well. A lack of a clinical touch in front of goal ultimately cost the tourists, with Djurgardens nicking the final result in the final few seconds.

Exeter’s 2003 team took plenty of confidence from their first performance, and they continued that positivity in their second fixture. With the Swedes struggling to get hold of the ball, the Englishmen exploited the space deep inside the opponent’s half to score twice in the first half. Despite Sweden players sitting deeper to counteract that in the second period, neat possession play led to the visitors netting three more times to come away as comfortable winners. A brace from Iseguan, plus efforts from Jay Stansfield, Frank Lovett and Mackenzie Toms made it a brilliant day for the Grecians. 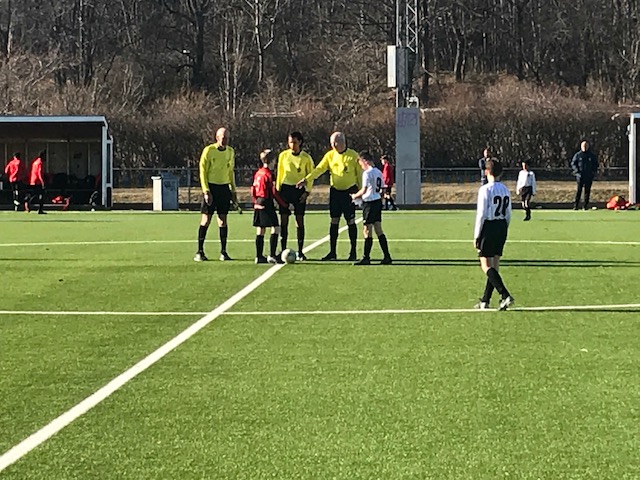 The third round of fixtures pitted City’s youth teams against another club who possess a productive academy, Hammarby. The youngest set of players from the Devon side performed really well once again, enjoying lots of possession and this time taking their chances, and it was clearly evident that the players were adjusting well to the 11-a-side format with their improved performance.

In what was perhaps their best performance of the tour, the 2005 team produced many highlights their final game. The players were content with defending their goal and scored a tremendous team goal when they did go forward. Despite conceding off the back of a mistake, it was certainly a performance to be proud of from the tourists.

In a change of plans, the oldest team faced Hammarby’s under-17s, in a contest that provided lots of tests and challenges. In a fatigued start, Exeter conceded a sloppy goal but played well enough to get to the interval just one-goal down. However, the second half saw the English team spring into life and they created numerous chances for Iseguan, Stansfield, Lovett and Alfie Pond. Despite a late set-piece goal wrapping the game up for the Scandinavians, the visitors gave a really good account of themselves in what was tough circumstances.

Following the completed schedule, the Grecians returned to the Westcountry more than happy with what they had seen in Sweden. All three teams performed admirably, despite facing some difficult hurdles along the way, and the players involved can certainly draw upon those experiences for the rest of their footballing careers. In what was an opportunity to experience football in a different nation, it gave the squads a chance to showcase themselves too, and every single individual gave a good account of themselves and made Exeter City proud. 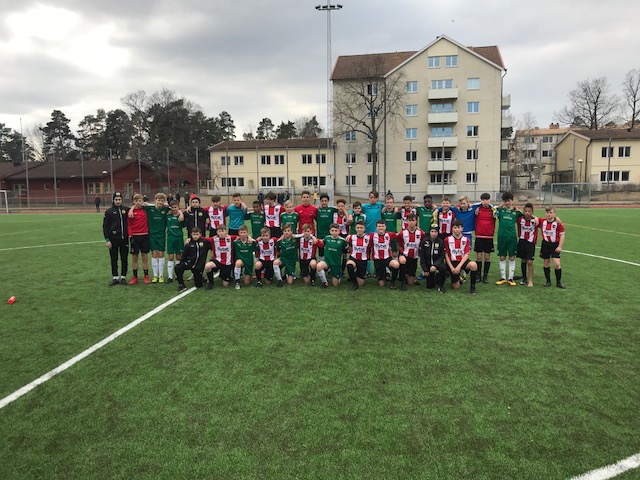 Exeter City youth coach, Chad Gribble, said: “I think the tour was hugely successful for a number of reasons. Firstly, I thought the sides we played were outstanding. I would like to thank them for hosting us, and if the opportunity would come around again, would gladly accept doing it once more. The games provided plenty of good learning opportunities, with the Swedish academies playing a different way to what we are probably used to. The players had to learn and adapt to what they faced.

“Having our first match taking place in the stadium was a great experience for the boys. Not everyone gets that sort of chance so it was one the players will remember fondly. I would also like to thank the Swedish Football Association for allowing us to train in their national sporting centre. It was a terrific facility that allowed us to train for our matches.

“Finally, I would like to thank our club’s head of psychology, Scott Swainston. The tour was heavily organised from his great work and links to Stockholm, so without that, we wouldn’t have had this amazing opportunity.”