It is with great pleasure that Exeter City can reveal that at the EFL Annual Awards evening on Sunday, April 15, Phil Bater will be unveiled as the EFL League 2 Supporter of the Year. It has truly been a fantastic year for Phil.

Chairman Julian Tagg said: “Phil has made a significant contribution to Exeter City as a match day ambassador and chair of the Senior Reds. The Senior Reds was a concept enthusiastically recommended to the club 10 years ago by Steve Perryman and initially chaired by Geoff Gearing.

Geoff, who handed the chairmanship of the Senior Reds to Phil in May 2016 added: “Phil is dynamic, enthusiastic and leaves no stone unturned in his organisation of each activity he organises.

"He is to be congratulated on doubling the membership since then, and developing an even wide ranging programme of events for supporters of Exeter City and related community groups." 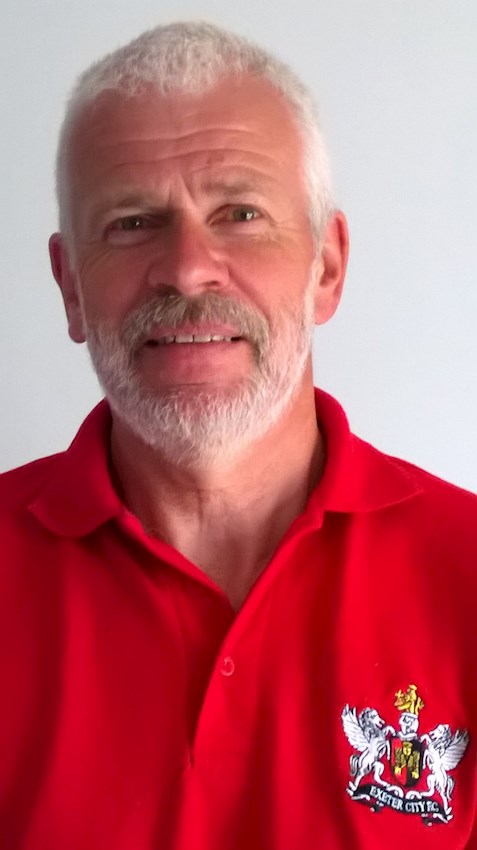 Steve Perryman was also quick to recognise Phil’s efforts: “My original idea was for the club to not only have a supporter group but open its doors to regular community daytime meetings for senior citizens in the local area and club members.  The growth in membership and activities for the group is a truly outstanding achievement."

Representing the Senior Reds, Phil attends the Grecian Groups forum, a regular gathering of club, Supporters' Trust and all supporter groups associated with the club.

GGF chair, Andy Gillard, praises Phil’s contributions: "He is always clear and sensible in his suggestions and the amount of time and effort he puts into helping make the club a better place for everyone is evident to everyone."

Exeter City's supporter Liaison officer Richard Knight was full of praise for the contribution Phil and the whole ambassador team have made to match days at St James Park.

Richard acknowledged that the recognition by the EFL was fully deserved: “Phil has been a delight to work with. Ever since the introduction of 2012 Game Makers at the London Olympics and F1 Race Makers we had a desire of repeating a similar service for our supporters.

"We made several attempts to kick start the programme, but it was only when Phil and the current team got together that we developed an outstanding service to offer visitors and our own supporters. A service that has actually earned recognition abroad as an exemplar.

"A recent Family Excellence observer (mystery shopper) was particularly impressed by Phil who he observed saying to a new supporter 'I could direct you to the ticket office but I will take you there.' This is the benchmark we want our helpful customer service to achieve.”

Club director Elaine Davis who has sponsored coats for the ambassadors through the Grecian Goal scheme was also quick to greet the award: “It was clear from the beginning that the ambassador programme was going places with people like Phil involved and the Grecian Goal* sponsorship was most appropriate to help give the service prominence."

Trust chair Nick Hawker highlighted the other contribution Phil makes: “At his own initiative he has been maintaining the garden at the roadside to the Fountain Centre and transforming it from an overgrown mess.

"He is also one of the volunteers that helped cut back the brambles on the Well Street corner and leading the work days at St James Park station.”

Finally, Paul Farley, a Trust director and Richard Knight welcomed the award to Phil as further evidence of the contribution the very successful volunteer programme makes to Exeter City, the Supporters Trust and the wider community.

On hearing of his selection today Phil said: "With so many volunteers carrying out a wide range of duties for our unique club, it’s a privilege for me to play a small part through my work with the excellent Ambassador team, the Senior Reds, and various other enjoyable roles."

We all wish Phil well at the Awards ceremony when the overall (Championship, League1 and League 2) EFL Supporter of the Year will be announced.

*If you would like further details or to join the Grecian Goal to make a physical difference to facilities at the park please email: customerservices@exetercityfc.co.uk