Exeter City host Chesterfield on Tuesday night looking to close the gap on third-placed Wycombe Wanderers with a victory.

It is a match which has significance at both the top and bottom of League Two, with Jack Lester's side hoping to pick up a valuable three points in there battle against relegation.

It is for that reason Dean Moxey is expecting a tough and determined opponent on Tuesday night, despite their position in the table.

“It’s going to be a tough match," he said. "They’re fighting for their lives down at the bottom which is tough for them, but it’s a big game for us to get three points.

“We’ve still got the chance of automatic promotion so that’s what we’re looking at.”

Meanwhile Jack Lester - despite having seen his side lost three out of the last four games - wants his players to have belief going to St James Park.

“You have to have belief, you have to believe you’re going to do it,” he said. “We’re not playing Real Madrid, we’re going to places where we’re capable of winning.

“We could easily go to Exeter and win, we’ve already beaten them. They’ll be thinking they’ll have an easy game on their hands and wanting a win to go for automatic promotion. It’s certainly a game we’re capable of winning.”

The IP Office Stand is sold out for the match, meaning there is only standing tickets available in the Thatchers' Big Bank.

Anyone coming to the game and looking to renew or buy a season ticket, can do so as normal in the club shop until 5pm, and then from the ticket booth between 5pm and 7pm, at which point the ticket booth will revert to matchday activity only. 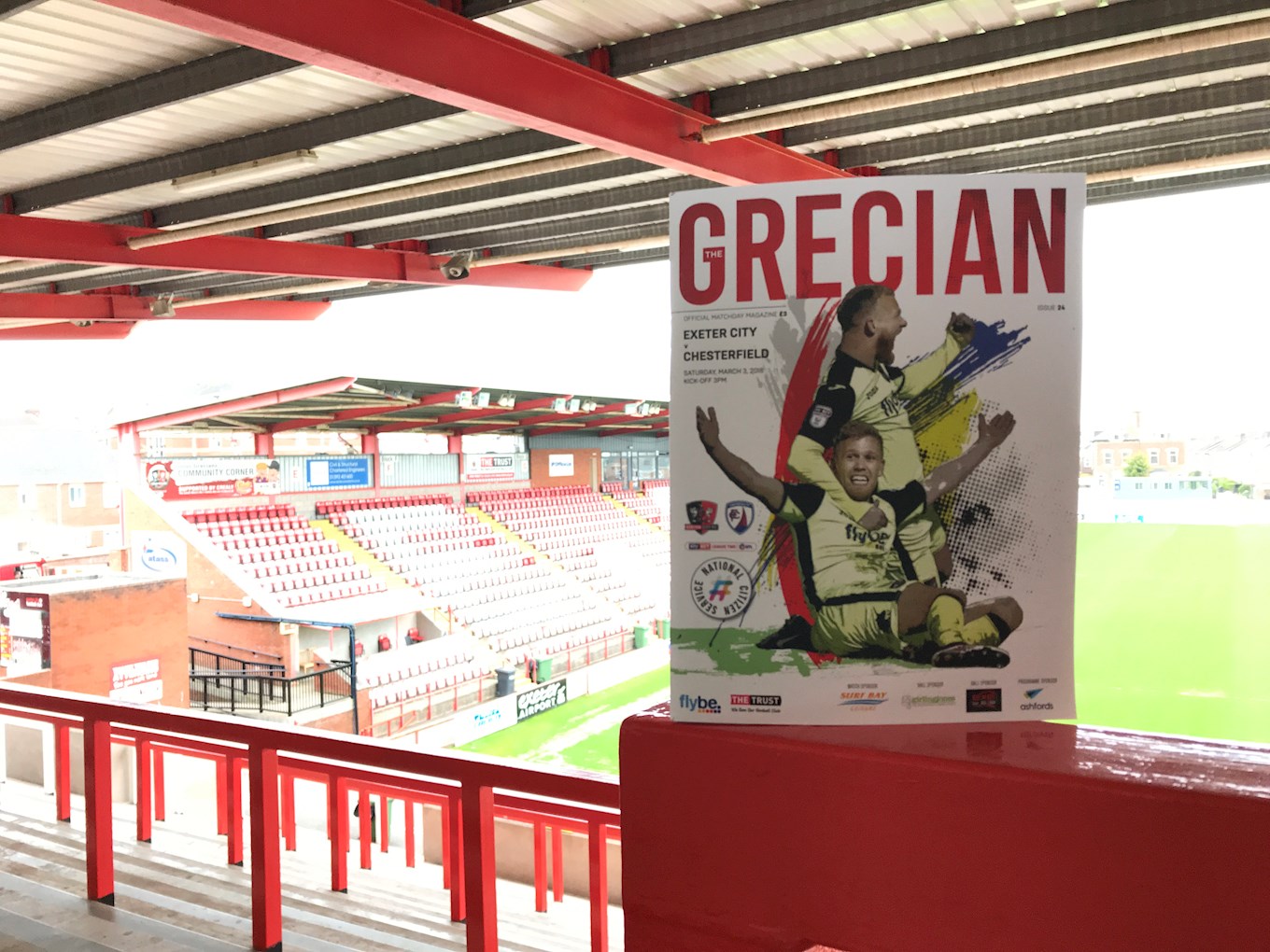 The matchday programme will be sold at a reduced price of £2 for this evening's game. As the programme was produced and delivered for the date of the original match on Saturday, March 3, the club will be selling these copies which means small sections of the edition will appear out of date. However, there is still an in-depth interview with Jamie Vittles on the work of the CITY Community Trust, a first, best and worst feature from Jon Challinor and look at tonight's opponents Chesterfield.

The programme, established in 2011, is a unique three or four-week project which focusses on fun and discovery, including 30 hours of community projects that benefits both young people and society.

Thanks to the work of CITY Community Trust more than 600 youngsters will take part in NCS in Exeter to help improve their employability, university apllications, self-confidence, social skills and problem-solving experience. You can find out more about the work CITY Community Trust do in regards to NCS by clicking here.

The new Junior Grecians family zone will be open to its members from 5.45pm tonight and then to the general public, including away fans, from 6.45pm. The zone has video consoles, large TV screens, a refreshments stall and table football.

Our mascots for today’s game are the following: Daniel Williams and Finn Wyllie-Smith

The club shop, located in Red Square, will be open all of Tuesday until 10pm. The club shop has half-price printing on shirts as well as plenty of other goods on offer.