Exeter City's face Colchester United this Saturday, May 5 in the final scheduled league match of the 2017/18 season, ahead of the play-offs.

The Grecians will be looking to finish the regular season in style and finish in fourth place to gain as much advantage as they can ahead of the play-offs.

Colchester United were formed in 1937 and quickly became popular in the Essex town, providing an alternative to the struggling Colchester Town.

In 1950, Colchester United were elected to the Football League and started a run of 11 consecutive years in Division Three before relegation in 1961. This prompted a string of promotions and relegations for the side in the 1960s and 70s until the U’s experienced a prolonged spell in the Fourth Division from 1981.

Financial difficulty meant a gradual slide down the Fourth Division table until eventually the club dropped out of the Football League for the first time in its history in 1992. Colchester fans did not have to wait long to return to league football however as just two years later, having cleared their debts, United returned to the Football League sealed with a win over bitter rivals Wycombe Wanderers.

Since then, the club has consolidated its place in the Football League and even had a spell in the Championship, gaining promotion under then manager Phil Parkinson in the 2005/06 season. The next season, Colchester achieved the highest league finish in their history, making 10th in the Championship despite having the lowest attendance in the league.

Colchester moved away from former home ground Layer Road in the 2008/09 season to their Colchester Community Stadium but since then the club has been relegated to League Two.

Despite a strong campaign in the 2016/17 season, Colchester narrowly missed out on the play offs, finishing just one point behind eventually promoted Blackpool.

It would take Colchester a few matches to get firing, with the U's picking up their first win of the season against newly-promoted Forest Green Rovers on August 26.

A strong December, picking up 11 points from 5 matches would boost the U's and they would continue to pick up points that moved them towards the play-off places. However, they struggled to put consistency together and sit 12th in League Two, 12 points off the place off places and without a win in four. 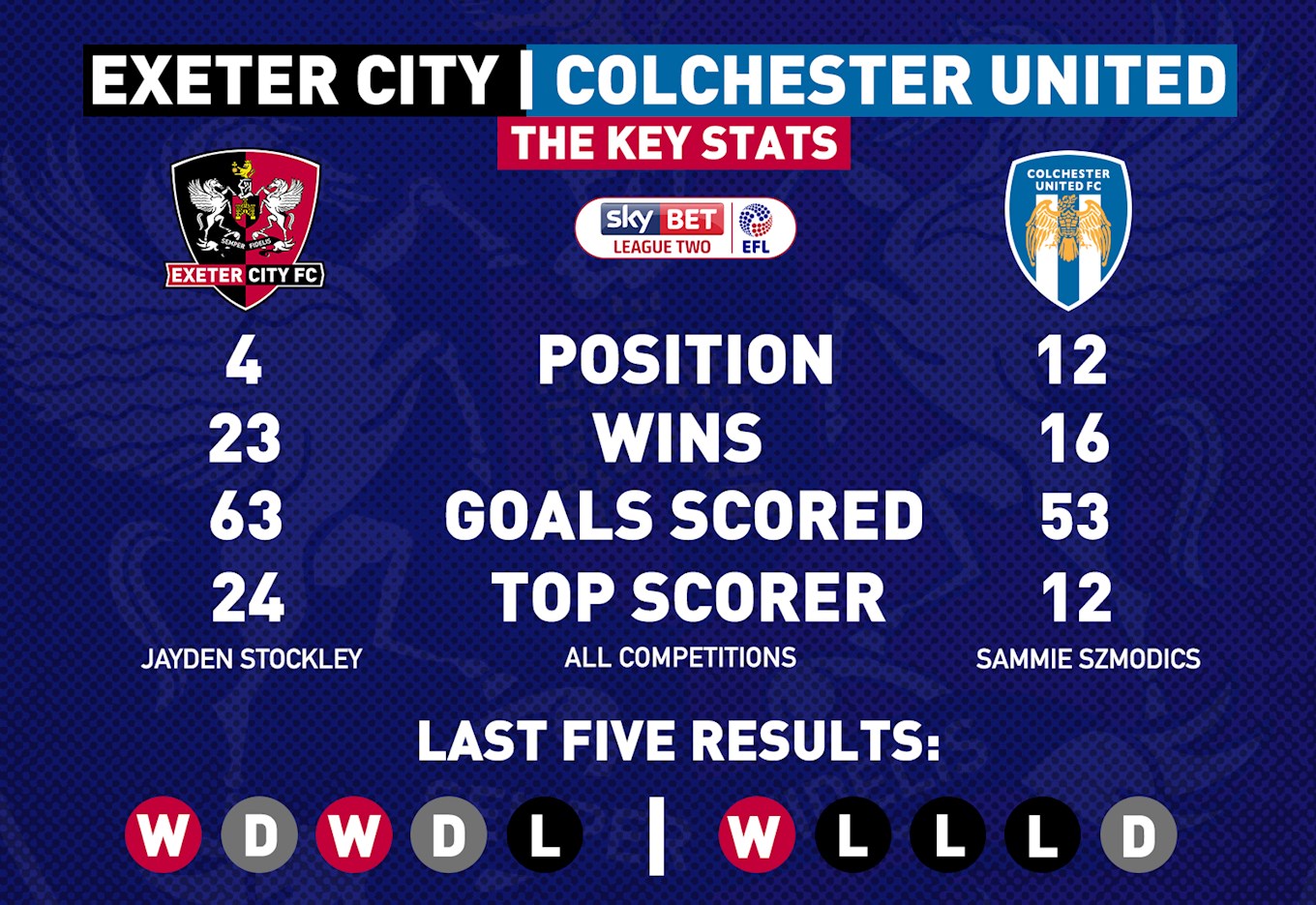 Striker Mikael joined Colchester United for an undisclosed fee on a two-year deal from Wigan Athletic in July 2017 and has found the back of the net 10 times in his first season for the club.

The 23-year-old scored his first goal in a 1-1 draw against Stevenage in August. 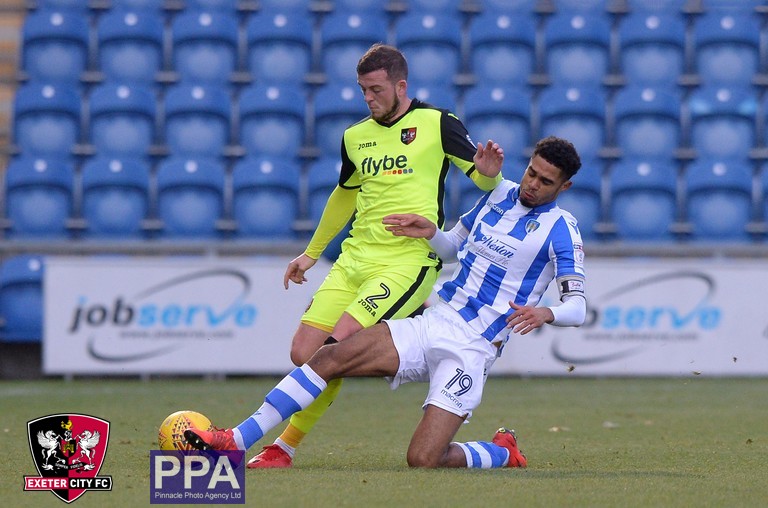 Colchester's top scorer with 12 this season, midfielder Sammie Szmodics came through the clubs academy having joined at the age of seven. City fans will be aware of the dnager of Sammie after he scored a double in the U's 3-1 win over City earlier in the season. 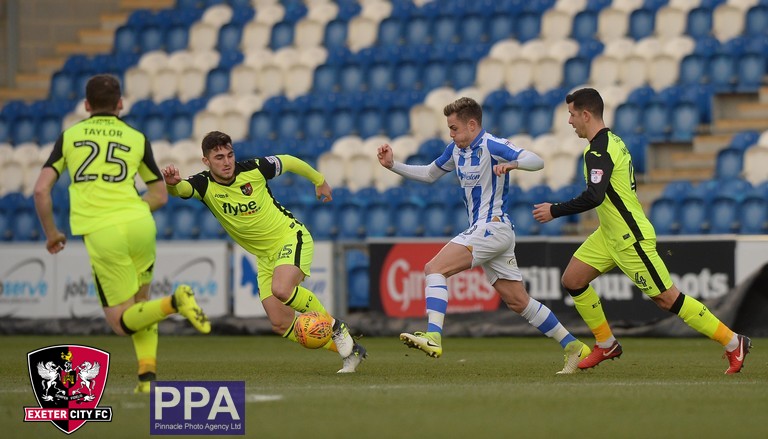 Despite being the young age of 22, the midfielder has already racked up over 100 appearances for the U’s, scoring 23 goals along the way and will provide a creative threat from the middle of the park.

Exeter City's trip to the Colchester Community Stadium in September wasn't one to remember as the U's ran out comfortable 3-1 winners. The damage was done in ten first-half minutes as a Lloyd James own goal and a Szodics double earning the home side the three points.

When Colchester visited St James Park last season the Grecians coming away 3-0 winners thanks to strikes from Reuben Reid, David Wheeler and Liam McAlinden as part of City’s famous 12 match unbeaten run spanning back to November 2016.

The IP Office Main Stand is SOLD OUT for the match and with a large crowd expected we advise fans to buy tickets in the Thatchers' Big Bank prior to the match to avoid dissapointment, and to take advantage of advanced discounts. 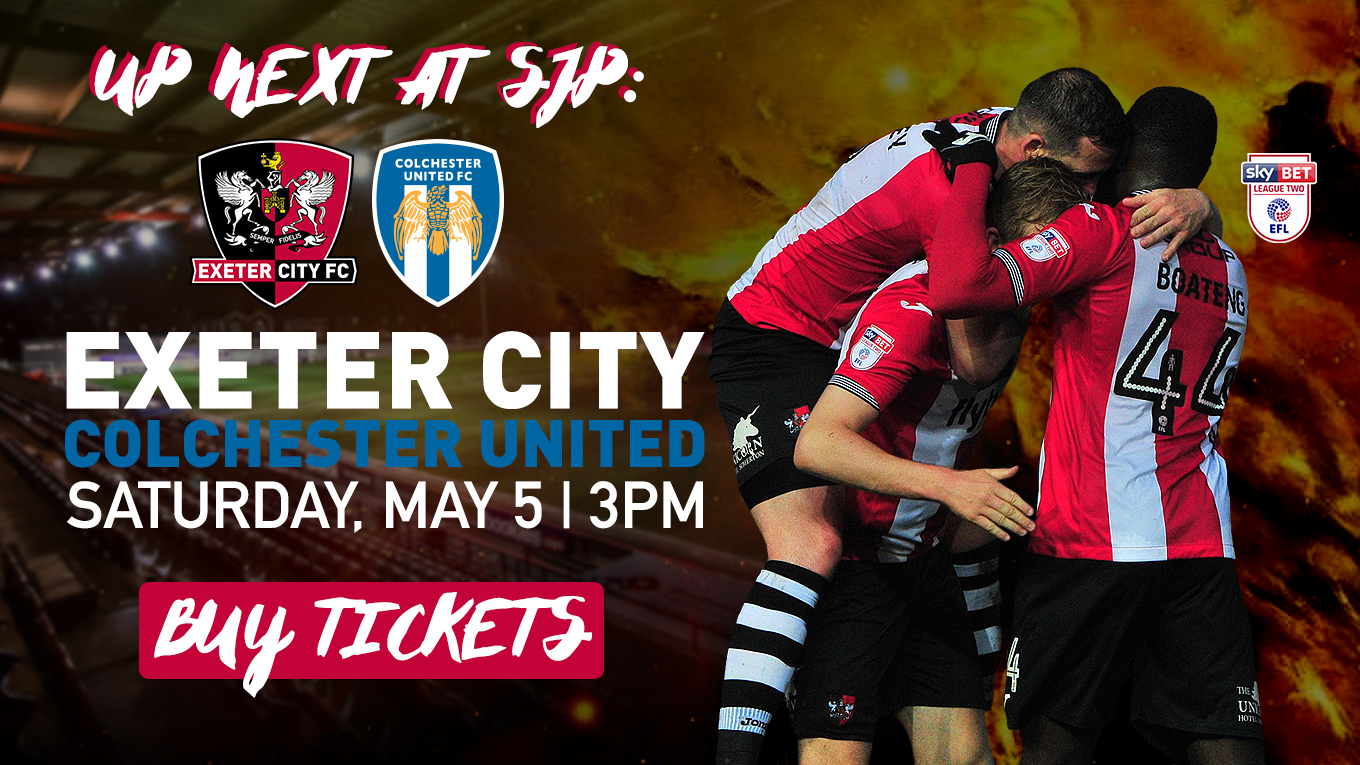