Exeter City will be looking to continue their push for automatic promotion on Saturday as they take on Crawley Town at St James Park in a 3pm kick-off.

The Grecians kept the pressure on third placed Wycombe with a 2-1 win over Chesterfield on Tuesday night, reducing the gap to just 2 points, and come up against Harry Kewell's Red Devils who have had an indifferent season so far...

Crawley Town are based in the town of Crawley, West Sussex, England and play at the Checkatrade.com Stadium which has a capacity of 5996.

The Red Devils signed off their 20-season stay in the Premier Division of the Southern League in 2004 by wrapping up the championship in convincing style, ending up 12 points clear of the field and adding their second successive League Cup success and the league's Championship Match trophy.

The club survived a financial crisis to win promotion to the Football League in the 2010–11 season. In the same year they reached the fifth round of the FA Cup, where they lost to Manchester United 1–0. On Saturday 5 May Crawley secured League One promotion, courtesy of a 67th minute Scott Neilson strike against Accrington Stanley.

Crawley were relegated back to League Two at the end of the 2014/15, where they now remain.

Crawley are under the managment of ex-Leeds United and Liverpool winger Harry Kewell, who joined in May 2017.

The Red Devils made a poor start to the season, taking until their fourth match to pick up their first points, with an impressive 3-0 win against Swindon Town. Unable to string a set of results together meant that Crawley spent the first half of the season in midtable.

Fortunes changed however at the end of the year wit ha run of six wins out of seven matches, including beating Notts County and Accrington Stanley. The Red Devils were brought back down to earth however by Luton Town, loosing 4-1 on February 23. 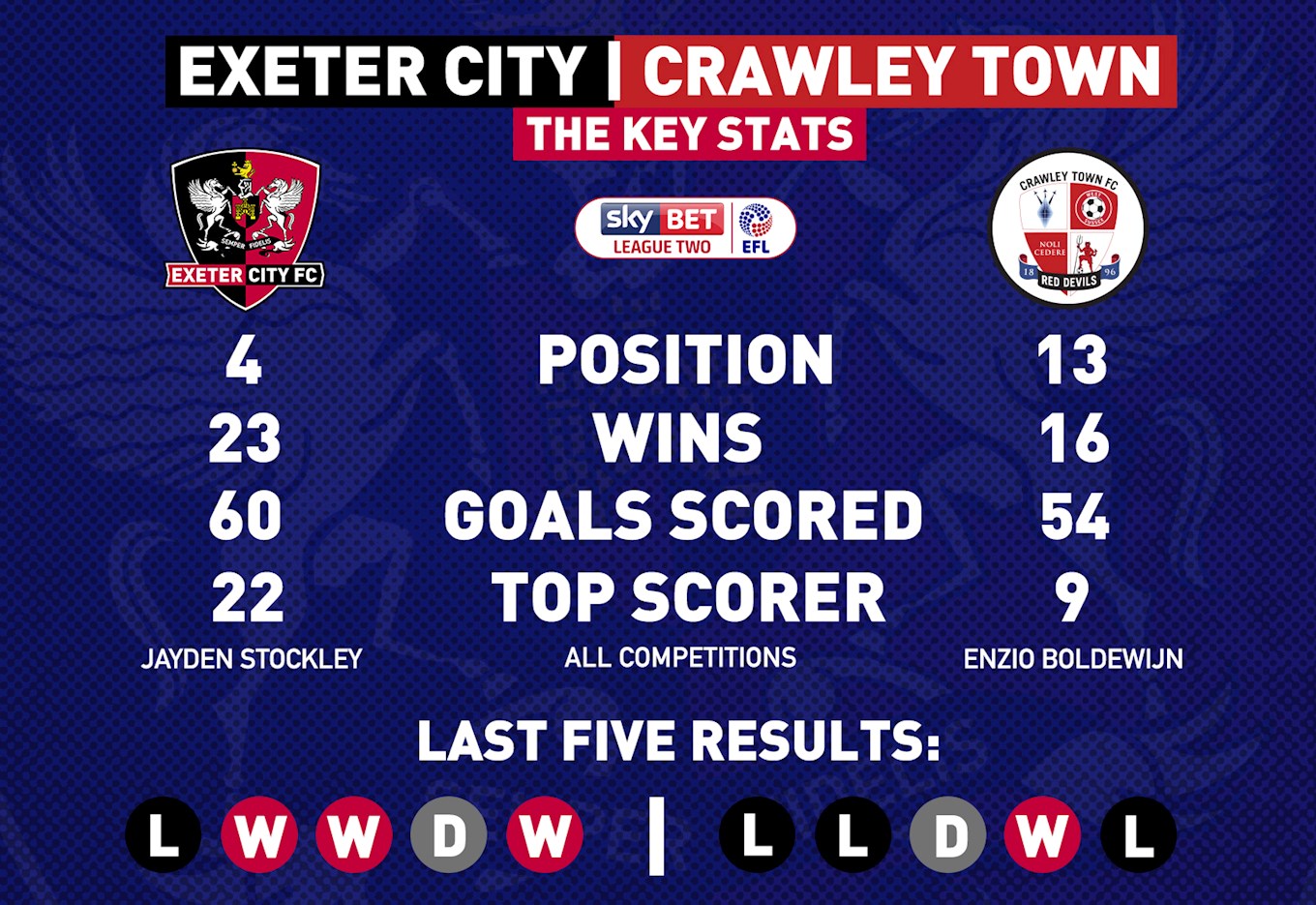 Enzio Boldewijn
Crawley Town's top scorer with nine this season, Dutch midfielder Enzio joined the Red Devils back in May 2016. Enzio, 24 is quick, strong and technical. In his debut season in England the winger made 52 apperances in all competitions – scoring six goals. He scored his first goal for the club in the EFL Cup against Wolves. 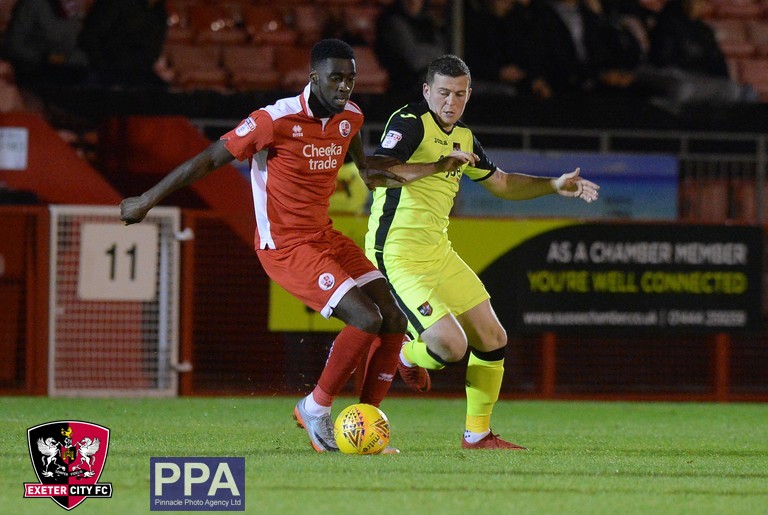 Captain Jimmy is Crawley's second top scorer with 8 so far this season. Signed from Stevenage in May 2014, Jimmy came through the Chelsea youth academy, making a solitary appearance against Newcastle United. He scored his first professional hattrick on 14 February 2017 against Colchester in a 3–2 win. 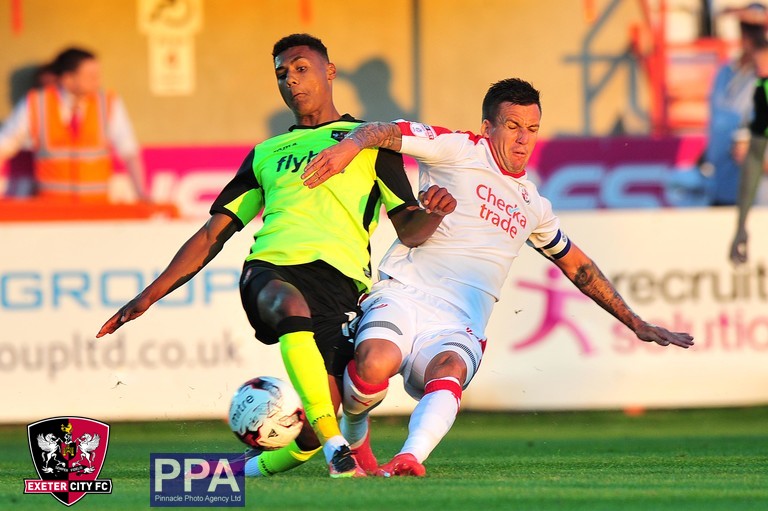 City's trip to the Checkatrade.com Stadium back in November was not a happy one as the Grecians fell to a 3-1 defeat, despite Dean Moxey giving City the lead. A leveller from Josh Payne and two goals from substitute Jordan Roberts secured the win for Harry Kewell’s side on a disappointing night for City.

When Crawley visited St James Park last season they completed the ultimate smash-and-grab as Josh Yorwerth's late winner for Crawley Town meant the Grecians were still searching for their first point of the season.

The IP Office Main Stand is now SOLD OUT for the match. 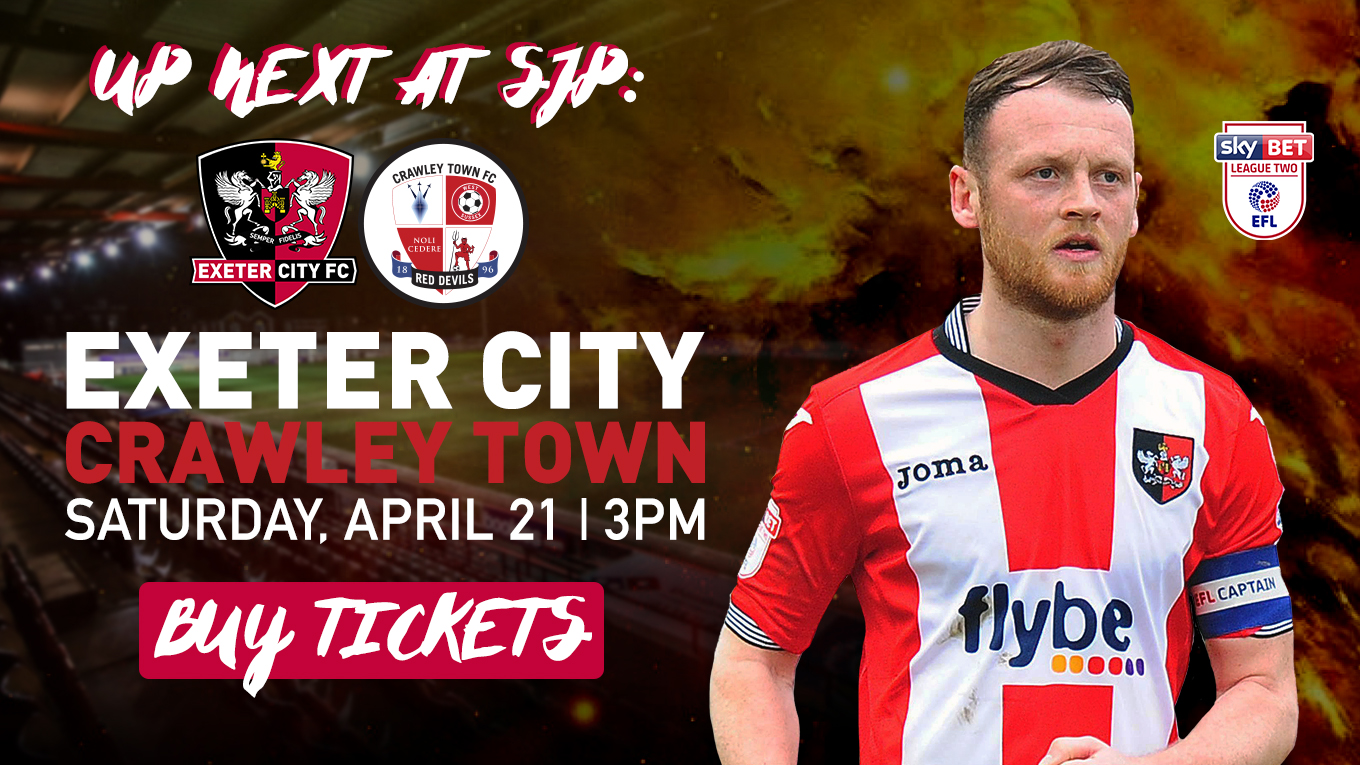