Ahead of Saturday’s vital game at St James Park, we’ve decided to take a look at five players who have played for both the Grecians and the Reds.

Striker Gary Alexander became a fans’ favourite during his one season with the Grecians on loan from West Ham United in the 1999/2000 campaign. 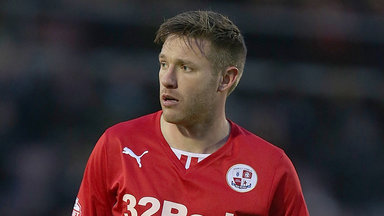 The forward was Exeter’s top scorer with 16 goals and was a shining light in what was a poor season for the club. The veteran forward who enjoyed long spells with Hull City, Leyton Orient and Millwall during his career made his move permanent to Crawley Town from Brentford after a successful loan spell in 2012. During his two years at the Broadfield Stadium, the forward scored 13 times and briefly took charge of the side after the sacking of manager Ritchie Barker. 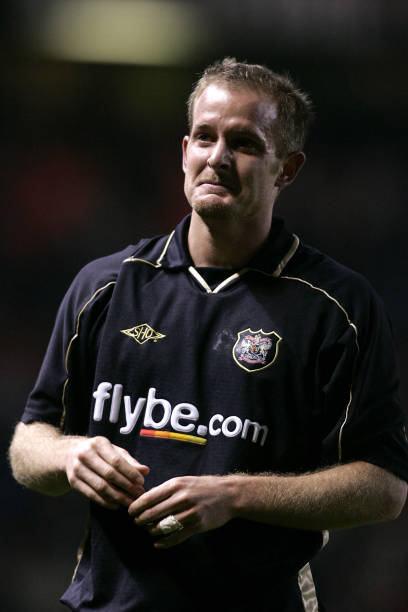 A player to make the move from St James Park to the Broadfield Stadium was striker Jake Edwards. Jake joined the Grecians from Yeovil Town in the summer of 2004 and spent two years at the club. The 6ft striker managed to find the back of the net eight times in 38 starts for Exeter. After making the move from Exeter to Crawley, Jake spent the 2006/2007 season with the Reds, scoring twice, before leaving for Tamworth on a permanent basis.

Current Leicester City goalkeeper Ben Hamer enjoyed loan spells with both the Reds and the Grecians during his time with Reading. Ben spent the 2006/07 season with Crawley, where he missed just one league game and was named as Player of the Year. Exeter then secured Hamer’s services five years later in January 2011, where the keeper made 19 appearances before returning to Reading. 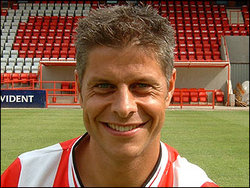 Defender Scott Hiley made over 400 appearances for the Grecians during two spells with the club. The defender will be best known by Exeter fans for nutmegging Manchester United’s Cristiano Ronaldo during an FA Cup replay at St James Park. Scott also scored all of his career goals for Exeter. The defender left Exeter for a second time aged 38, joining Crawley Town for the 2006/07 season along with Jake Edwards. Scott appeared for the Reds on 44 occasions during the campaign. 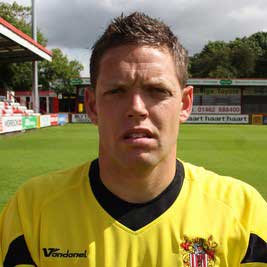 Goalkeeper Ashley Bayes began his career at Brentford and made the move to Exeter from Torquay United in 1996. Ashley spent three years with the Grecians, earning the player-of-the-year award during the 1998/99 season before leaving for Leyton Orient at the end of the campaign. The shot-stopper joined the Reds eight years later in 2007, spending just the one season at the Broadfield Stadium, where he made 45 appearances.