Members of Exeter City Supporters’ Club committee Roger Hamilton-Kendall, Steve and Anne Darke along with Alan Gover ventured across the channel this month, with the blessing of Exeter City, to lay wreaths and crosses respectfully and appropriately across Belgium and France on the WWI graves and memorials of past players.

This year sees the Centenary of the Armistice of the Great War and the Supporters' Club are planning to do a memorial exhibition with a display and brochure for all to see later this year with the stories and photographs of the 13 lost players in WWI.

Steve and Roger both also visited their own family memorials and graves while on their four-day tour that started out on April 8. They've been zig-zagging across the old front line of 1914-18 from Dunkirk via Ypres in Belgium back down to the town of Albert in France. 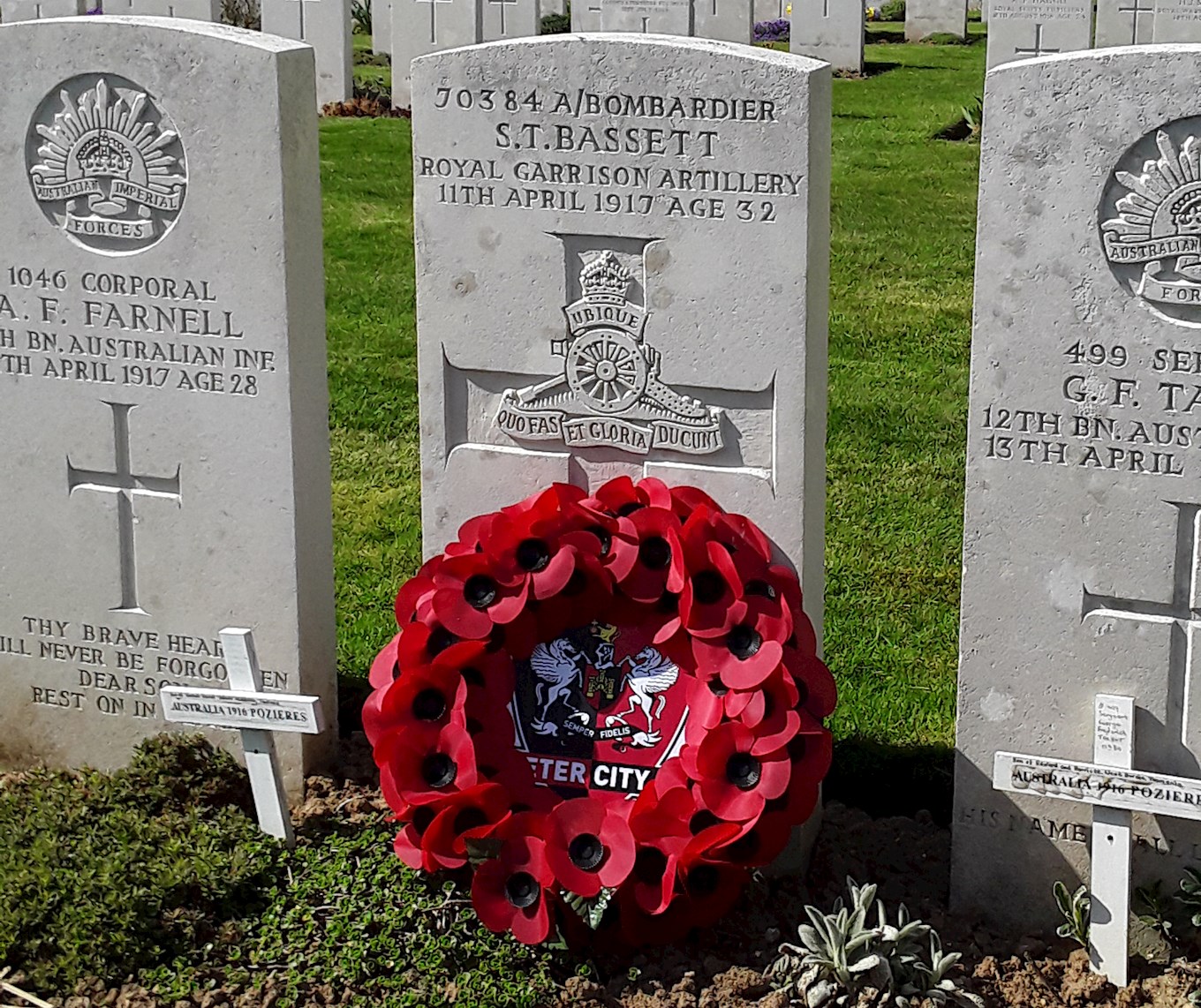 Their trip saw them visit the infamous hill 60, The Tyne Cot Memorial, The Iconic Thiepval Monument to the missing dead at the Somme where two players are listed and took in a service at the Menin Gate where the last post is played every evening at 8pm.

The 13 known City players with connections to the club are listed on the Wall of Remembrance by the corner of the two stands at St James Park. Nine of these are commemorated or have a grave within the French/Flanders area and the plan to visit all nine was successfully completed after lots of research and location hunting many months prior to departure.

Three players they visited lost their life in April. Spencer Thomas Bassett on April 11, 1917, was visited on the day of his death 101 years to the day. Steve made a tribute to his great uncle on route on the 11th also as this was the day of the centenary of his uncle's sacrifice. Joseph Bulcock April 20, 1918, and John Addems Webb April 18, 1915, are the others that gave their life. Some players have no grave.

One of the city players George White is listed on a wall dedicated to the Devonshire Regiment in the Village of Neuve-Chappel site of a major battle in 1915. This visit was poignant for Roger as his uncle is also listed at the cemetery on a nearby tablet. A very proud, successful and emotional trip for all involved.