Exeter City’s latest signing Dara O’Shea has revealed that he spoke to West Bromwich Albion teammates, and former City loan players, Kane Wilson and Kyle Edwards about what life is like at St James Park.

Dara put pen to paper on a six-month loan deal with the Grecians from the Baggies as he looks to continue his development as well as bolster Matt Taylor’s defensive options.

Kane and Kyle provided a number of highlights for City fans last season with their exciting performances at St James Park, and Dara says the two youngsters spoke of the club in high regard.

He said: “I spoke to the lads and they spoke very highly of the club. They said it’s a great club, the fans are good, and club is going in the right direction, so I want to be part of that.” 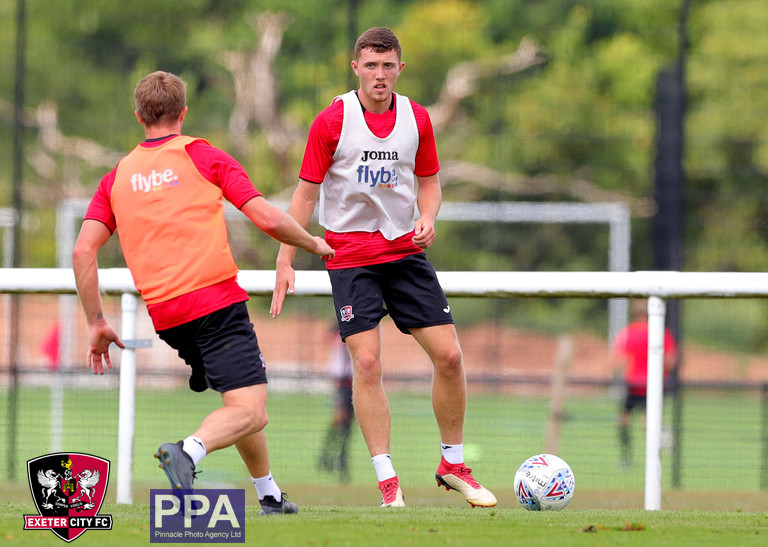 Keen to replicate the success that Kane and Kyle both had at the club last season, Dara says he is also determined to help City to Sky Bet League One after having the success of a promotion campaign last season with Hereford whilst on loan with the Bulls.

He said: “I want to get experience and play as many games as possible and hopefully I can get a promotion again.

On his playing style, Dara describes himself as an aggressive centre half, he said: “I like to go and win the ball and make tackles. I like to get the ball down and play as well. I’m a winner, I love winning, and that drives me.”

As City’s seventh signing of the summer, the Irishman will also link up with Jimmy Oates, who he played alongside at Hereford last season, and Dara is looking forward to linking up with the Australian again as they set about adding another promotion to their collection.

On Jimmy, he said: “I played alongside him at right back, so we get on well and we seemed to do well last season as well so we’re looking to carry that on at Exeter."