Exeter City manager Matt Taylor says his players are raring to go ahead of their first match of the 2018/19 season with Carlisle United at St James Park.

After a successful pre-season campaign which saw the Grecians take a series of wins against south west opposition, they have added six players to the squad and Matt believes, after a great deal of hard work, they are ready to face the Cumbrians this weekend.

“Everyone is looking forward to it, we are under no illusions about how difficult it will be on Saturday and throughout the season going forward. You want your first game to be at home, you want the fans to get behind you, and then hopefully we can pick up a positive result.”

With no real form guide to go off other than pre-season fixtures which often see a host of squad players feature in friendly matches it can often be difficult to tell how your opponent will line up, but Matt believes his side have to mainly focus on themselves as they set about taking all three points in front of a home crowd.

He continued: “We’ve prepped the best we possibly could for the opposition we expect to come. They might sign a couple of players in the next couple of days, as could I.

“Preparations have gone well, we haven’t focused too much on the opposition, it’s all about being ourselves but we do have to take the opposition into account. They’ve got an experienced manager, I’ve worked with him and played under him and he’s a good manager at this level, so he will have them organised and they will be ready to go.”

With Matt taking over as manager of the club this summer after Paul Tisdale departed the after 12 years in charge, the new City boss insists all the focus should be on the pitch.

“It’s another game of football,” Matt said. “It’s not about me going forward. It’s about that group of players who have worked hard through pre-season and have always worked hard for the club. They will be the ones on the pitch on Saturday, hopefully, we can pick up a good start to the season, but if we don’t then it’s not a problem and we move onto the next week and take every game as it comes.”

Due to the development work at St James Park, City have been forced to play all of their pre-season matches away from home, therefore had a training session at the stadium on Thursday afternoon to re-familiarise themselves with the surroundings.

Matt continued: “We trained at the ground this morning and it looks different again than it did two weeks ago. It will keep on changing over the next couple of months until it’s fully ready. There was always going to be teething problems at the start of the season and the ground is no different, the pitch is no different, but everyone is looking forward to it.”

City have also been dealt some positive news as striker Jonathan Forte was given the all clear after a suspected broken hand in the match with Bristol Rovers.

“The big bonus was that Jonathan didn’t break his hand which we suspected over the weekend,” said Matt. “I had a sleepless night on Saturday night because, obviously, that would have been a difficult injury for us, but it’s badly bruised. He is tough enough to get on with a bruised hand and apart from that there are a few little niggles after pre-season but nothing too major I hope going into the weekend.” 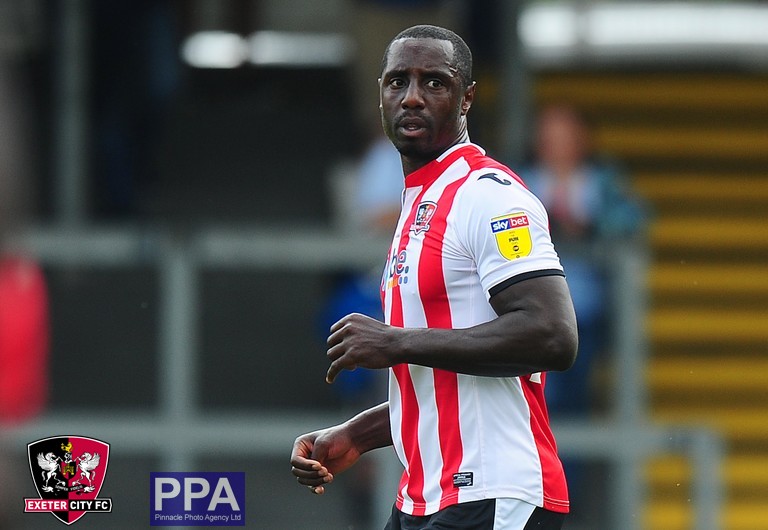 Scans showed Jonathan Forte to have suffered a bruised, rather than broken, hand

Matt also revealed that despite bringing in six new players so far this summer, he is keen to add more players to his ranks with the transfer window set to shut on Thursday, August 9.

He continued: “There will be a couple more coming in, definitely. I’ve spent the last couple of evenings out and about around the country watching a couple of players.

“The permanent window closes next week but the loan window is open until the end of the month and there are free agents out there as well. Any business I’ve done and any business I will do in the future has to be right for the club and has got to improve us as a squad so it’s something I’m not going to rush into, but I’m going to keep monitoring our squad to see how the players get on and then look at areas where I need to add.”