Captain Jake Taylor says he is excited about the future at Exeter City having put pen to paper on a new deal at St James Park.

The midfielder, who has been an integral part of the team over the past two-and-a-half seasons, says the club is moving in the right direction and he was keen to tie down his future at St James Park because of that.

“I am very pleased,” he said. “The future at Exeter City is exciting. Since Matty (Taylor) has come in he has shown us it is completely different this year and it is definitely something I want to be involved in going forward.”

Jake, having initially spent part of the 2010/11 season on loan to City from Reading, signed his first permanent deal at St James Park in January 2016. Since then he has played 121 times for the Grecians – more than any other outfield player – and taken on the captain’s armband.

He has also seen the facilities improve, with a 3G pitch being installed at the Cliff Hill training ground and St James Park undergoing a redevelopment.

"Since I first came to Exeter the club has come on leaps and bounds,” said Jake. “The facilities and everything around the place has really progressed each year and it is exciting, over the next few years, to think of it getting even better. That is something I really want to be involved in. It is a club that is going in the right direction.” 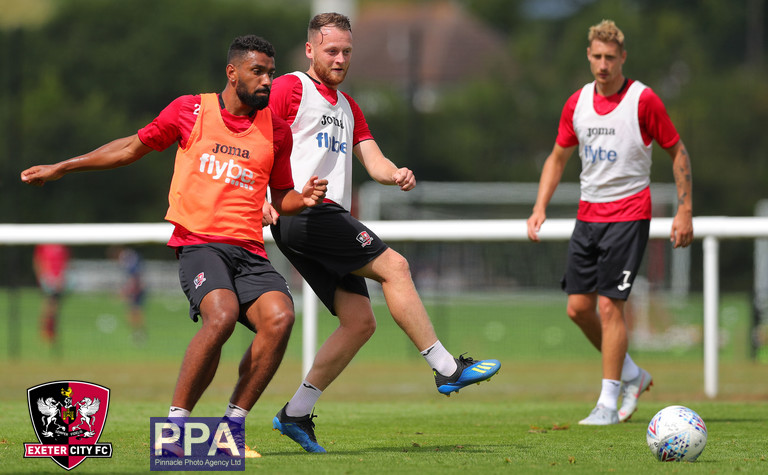 Manager Matt Taylor added that he sees Jake as a key figure in City’s plans going forward and with Jake, having accepted the captain’s role, it was only right the length of his contract reflected the commitment he has shown.

“I had discussions with Jake over becoming captain and as soon as Jake agreed to that then it was only right that the club gave him a new deal that reflects him being a central figure at Exeter City over the next few years,” said Matt. “In terms of the club going forward, we see Jake playing a big role in that.

“And I think him signing a new deal just shows that he is pleased with the developments that we have made as a club.

“That is everything that is going on outside of the football with the developments at the ground and the training ground. I’d like to think that it is a good place to be and, luckily for us, Jake sees his future with us and hopefully we can all be successful moving forward.”