Manager Matt Taylor said he was pleased with the three points Exeter City picked up away at Morecambe but added that his side did not play at their best.

The Grecians took the lead through a Lee Holmes-won penalty, after he showed a great bit of close control and a good turn of pace to get away from Jordan Cranston who clumsily ran into the back of him in the area. Pierce Sweeney stepped up to take the spot-kick and fired the ball into the right corner of the net.

However, Morecambe had chances in the first half, with Kevin Ellison miscuing a volley and Vadiane Oliver side-footing a tame effort at Christy Pym from six yards when he should have scored.

Matt Taylor was disappointed with his side’s performance at the break, but they improved after the interval as City gained control of the midfield and Pierce Sweeney crossed for Jayden Stockley to head home.

“It is three points, but I have got to be honest we weren’t at our best,” said Matt. “We have got a lot more in our locker than we showed today, certainly in possession and on the ball.

“So, I was slightly disappointed at times, but when you come to Morecambe away from home it is always going to be difficult.

“Full credit to them (Morecambe) they ask constant questions time and time again.

“In the first half, I felt we didn’t cover the ground in terms of the pitch. Second half we did do that and we generally kept them to half chances. However, we rode our luck at times and our one bit of quality in the second half led to a goal. It is a 2-0 victory and it looks a lot more comfortable than it was. So, I am pleased but there is a lot more from us to come.”

City, who had a nightmare nine-and-a-half-hour journey up to Morecambe on Friday, lost Nicky Law midway through the first half as he picked up a groin injury. However, his replacement Jordan Tillson performed well in the centre of the park, helping the Grecians regain control of the midfield area and putting a superb run and sliding challenge to deny Andy Fleming a good shooting chance with 15 minutes remaining. 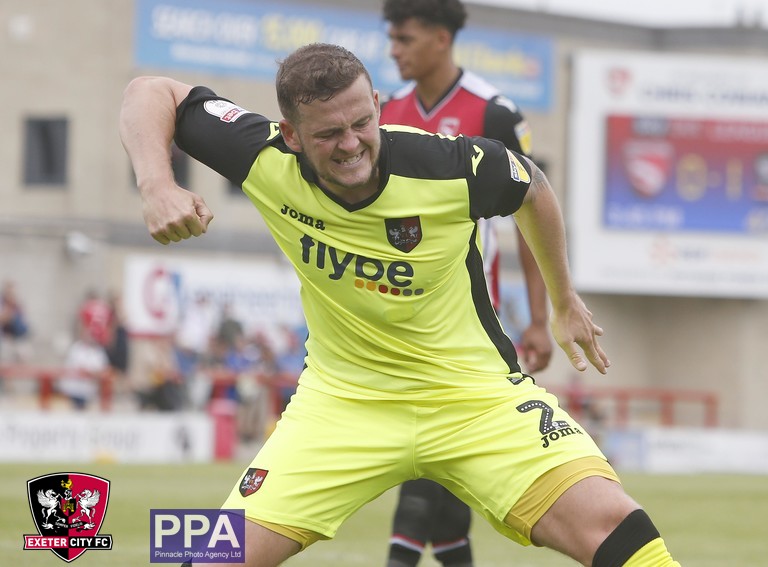 “It is not always pretty but he is certainly effective. He has come off the bench and put his hand up for a shirt on Tuesday and going into the weekend. That is what I need everyone to do. Lee Martin and Tristan (Abrahams) did the same. The squad is a small squad and we are going to need everyone and you can see today how quickly it can change with Nicky (Law) picking up his injury.

“We will see how long he is out for but it is an opportunity for someone else to come in now.” 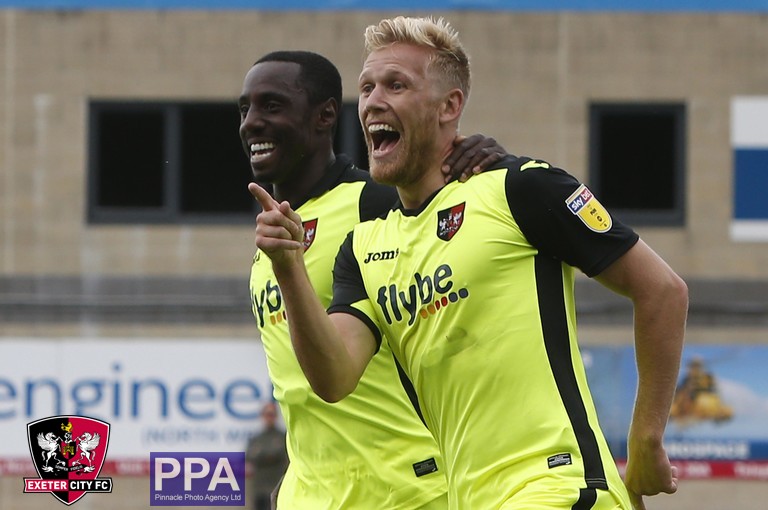 Finally, Matt also praised the visiting fans for their support. They also had a nightmare journey to the Globe Arena – setting off on Grecian Travel at 6.30am and only arriving at the ground half an hour before kick-off.

“They were excellent and I am delighted for them,” he said. “They come all this way, with a difficult journey and three points is the main thing. Hopefully, they will go home happy and they will know, as well as I do, that we can play a lot better than that but when you come away with a 2-0 victory from Morecambe – which is always a difficult place to come to – you have to be pleased.”