It is strange how fate in football throws certain scenarios at us and on Saturday we face MK Dons.

There will be some familiar faces in both the opposition dugout and out on the pitch and that brings us, what should be, a rare opportunity to applaud and celebrate the richness and success of our recent past, under Supporter Trust ownership, and at the same time the ability to cheer on and support our current squad and manager as they continue what has been an excellent start to the season.

Because of the ownership model, Exeter City is no ordinary football club and you are no ordinary supporters and I am sure you will recognise this opportunity to thank some of our former employees and friends for the tremendous amount of work they did for our football club.

Former manager Paul Tisdale, director of football Steve Perryman, and coaches Mel Gwinnett and Matt Oakley, along with players Ryan Harley, Jordan Moore-Taylor and Robbie Simpson, deserve a tremendous amount of credit for the effort and commitment they showed to Exeter City during their time at St James Park. 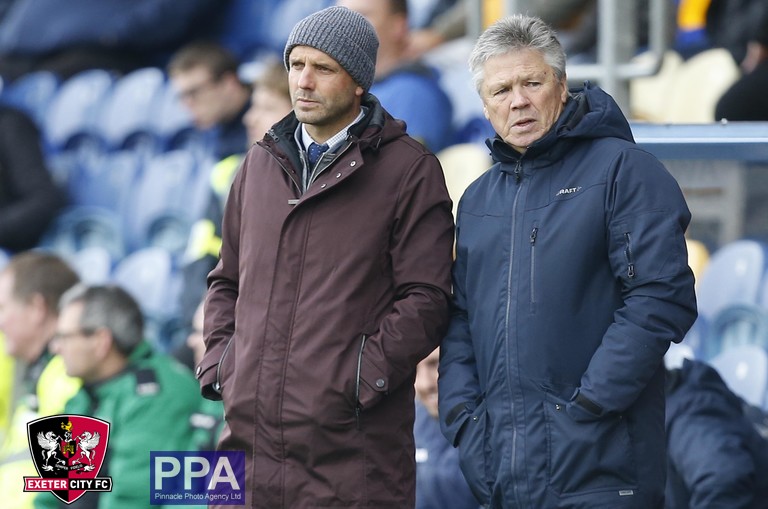 Between Paul, Steve, Mel and Ryan they have over 50 years of service to Exeter City and that alone deserve a huge amount of respect.

Steve first joined Exeter City when the club was at its lowest point in 2003. Exeter City Supporters’ Trust had just taken over the ownership of the club at the time, following its relegation from the Football League, and Steve was a tremendous help to our first manager Eamonn Dolan as the duo went about stabilizing the club in the Conference.

He then helped Alex Inglethorpe as Exeter City booked a money-spinning FA Cup third round tie with Manchester United, which helped save the club from liquidation, before going onto assist Paul as the Grecians restored their place back in the Football League and achieved back-to-back promotions to League One.

Steve worked for 17 years as director of football at Exeter City – not even picking up a salary for the first few years at the club – and during that time he helped restore its credibility, lost during the John Russell and Mike Lewis era. He also helped produce many talented footballers like George Friend, Liam Sercombe and Ollie Watkins, all of whom have thanked the former Spurs captain for the influence he has on their careers.

Then there is Paul, the most successful manager in our club’s history, who led us to promotion from the Conference to League One as well as creating a sustainable business model where our young players are integrated into the first team and then sold to keep Exeter City moving forward.

It must be said that Paul did a great job during his 12 years at the club, and showed a great deal of loyalty to Exeter City during that time. He, the Supporters’ Trust and the club board left on very good terms and, aside from Saturday’s game, we wish him well and I am sure he does the same for Exeter City. 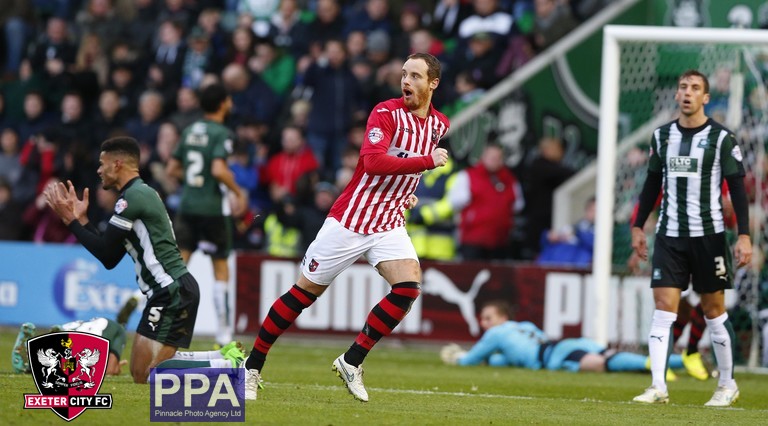 Then there are the contributions both Jordan Moore-Taylor and Ryan Harley have made to Exeter City. Who can forget Ryan’s goal against Huddersfield – the one that kept us in League One at the end of the 2009/10 season? Then, of course, there was the double against Plymouth Argyle, the double against Leeds United, and the wonder strike against Lincoln City in the play-off semi-final last season.

Jordan, of course, represents everything that Exeter City is about. He graduated from the club’s academy and played more than 150 games for the club over six seasons. At the age of 24 he, like any other player, is free to leave when his contract comes to an end. Of course we were disappointed that both he, and Ryan, chose to go to MK, but we must be honest enough to recognise the great service they gave to Exeter during their time at the club and conscientious enough to know that their moves away from St James Park are ones that come about because of the loyalty they have to Paul and his coaching staff, rather than any slight on our club.

In football, change is, of course, inevitable and up and down the country you see former managers and players return to their former clubs and sometimes receive hostile receptions as a result. However, Exeter City is no ordinary football club and the effort and commitment Paul, Steve, Mel, Ryan and Jordan showed to Exeter is no ordinary feat.

So, in football, is it possible to be different from any other football club and any other football supporters? Well, as one of the very few supporter-owned clubs, we think it is. And we would urge any of our fans who were thinking of giving a hostile reception to Paul, his staff or Milton Keynes Dons, to just remember the effort and commitment they showed to Exeter City.

They deserve respect for those years or service and we would urge those fans that recognize that to find their voice prior to kick-off on Saturday and give them the reception they deserve before getting behind Matt Taylor and the boys as we, hopefully, cheer them on to another three points in League Two.