Today marks the eighth year of the passing of our much-loved striker Adam Stansfield.

Stanno as he was affectionately known, played 160 games for City between 2006 and 2010, scoring 39 goals. He was an integral part of the team that led City from the Football Conference to League One and was adored by the supporters for his tireless energy, eye for goal and personality of the pitch. 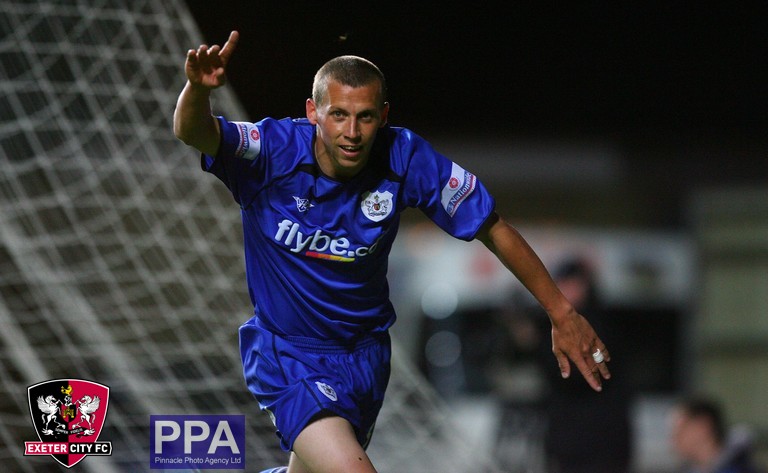 To this day Stanno remains in the hearts of all Exeter City supporters and always will. He was loved and respected by everyone that knew him. A class act on the pitch and off it.

In his honour, City's No. 9 shirt has been retired for nine seasons. 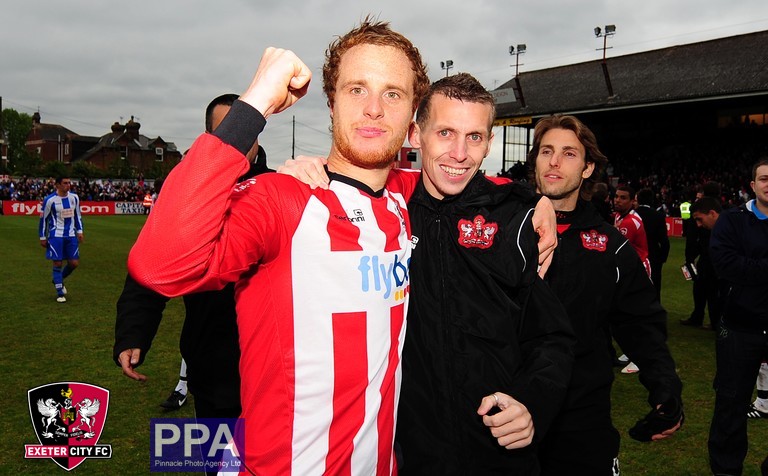 “Everyone says what a good bloke he was,” Taylor said. “He was a really good bloke, a family man and the most honest player I played with in terms of his attitude and effort for his team-mates and the club. He was just a lovely guy to be around to be honest with you.

“It was absolutely devastating when he passed away, it really was, and our thoughts are still with the family.

“It’s a long time since it happened, but you still think of the family and the children, we still have his lad (Jay) in the Academy and hopefully he can come through, but he was a top, top man, he really was.”

Tributes to Stanno have been pouring in on social media, with fans sharing their favourite memories and photos.

WOW! 8years ago we lost a player but not only a player a true gentlemen someone that always had time for the fans would run his socks off and a great footballer! Today we remember Adam❤️ tweet your favourite photos of Adam! #as9 gone but not forgotten one Adam Stansfield!🔴⚪️ pic.twitter.com/3bSKwurMKH

Today marks the 8th anniversary of @OfficialECFC number 9 Adam Stansfield. His legacy lives on with the @as9foundation but as we remember and celebrate his life today, we want you to share your memories - on or off the pitch - of Stanno... #NeverForgotten https://t.co/KwYCpcQg2D

A photo of myself and my brother with Adam at the end of the season 11 years ago and a photo of me coming up to the finishing line of the Great West Run in aid of the @as9foundation raising an overwhelming £4,500! A legend is overused but Stanno was a true legend,Miss you Adz❤️ pic.twitter.com/WiF4a91lSc

Following Adam's death, the Adam Stansfield Foundation was created with the aim of helping give young people the unique opportunity to develop life skills through the power of football and to assist them in their goals of living the dream. Click here to find out more and see how you can get involved.

As always, our thoughts are with Adam’s family and friends. We will never let you go.