There were some extra special visitors to Bramble Ward at the Royal Devon and Exeter Hospital this week.

Exeter City Football Club’s first-team players took time out of their busy training schedule to visit children and teenagers on the ward – some of whom will be spending the festive period in hospital.

The players delivered dozens of bears, toys, calendars, footballs and signed merchandise to the young patients.

The players who visited the ward were manager Matt Taylor, assistant manager Eric Kinder, Pierce Sweeney, Jake Taylor, Lee Holmes, Jayden Stockley, Dean Moxey and Christy Pym. And they were joined by Grecian the Lion who made a special appearance to entertain patients and staff and spread some early Christmas cheer.   Many of the City stars were moved by the bravery of the children and their families as they heard about their time in hospital. They talked about plans for Christmas, with the topic often changing to football. There was also a chance to chat to the nurses about their daily roles and the care they offer. 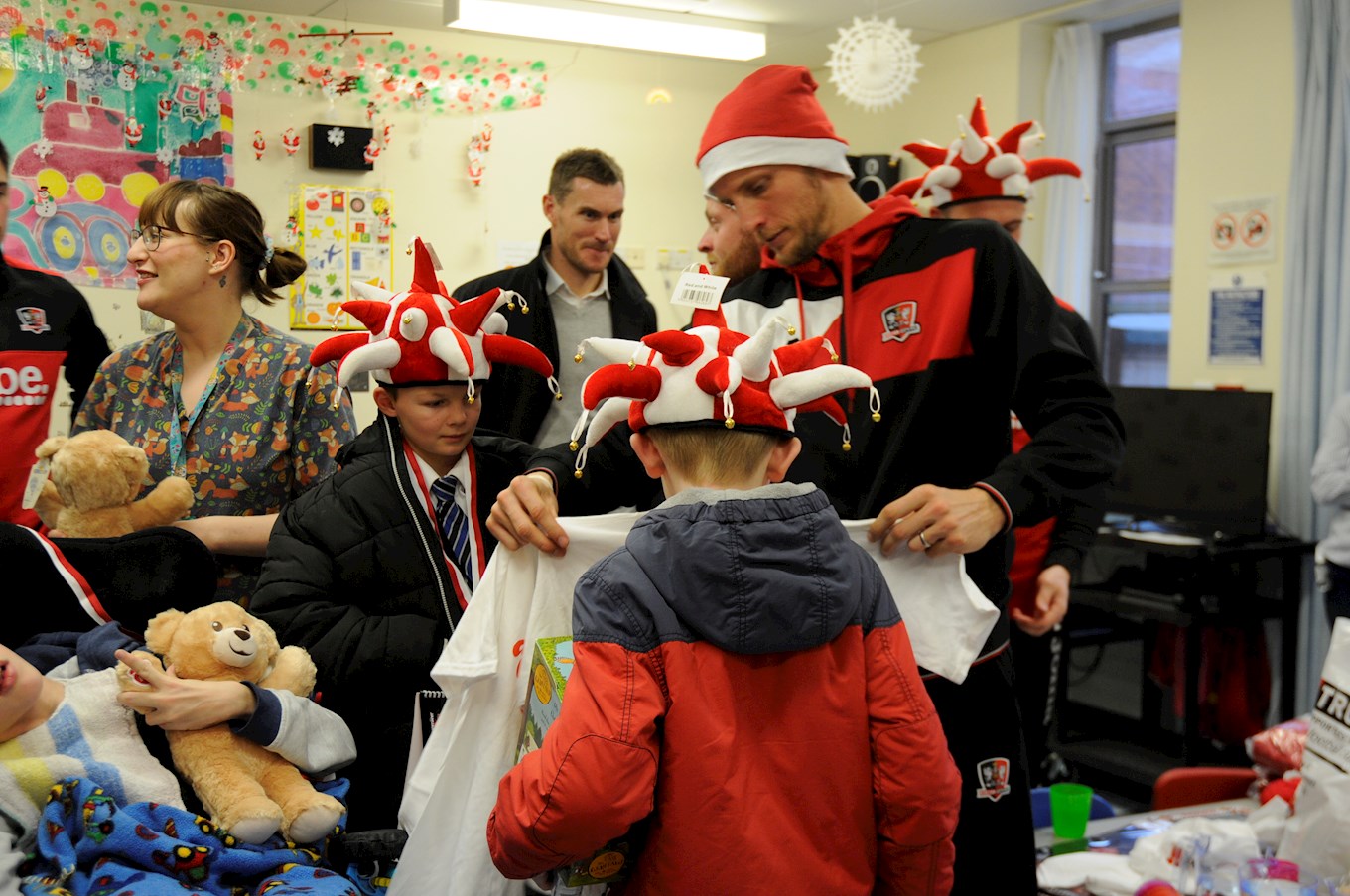 Donations were also kindly provided by Build A Bear, the Exeter City Club Shop, Supporters’ Trust, and by supporters leaving gifts in the club shop. 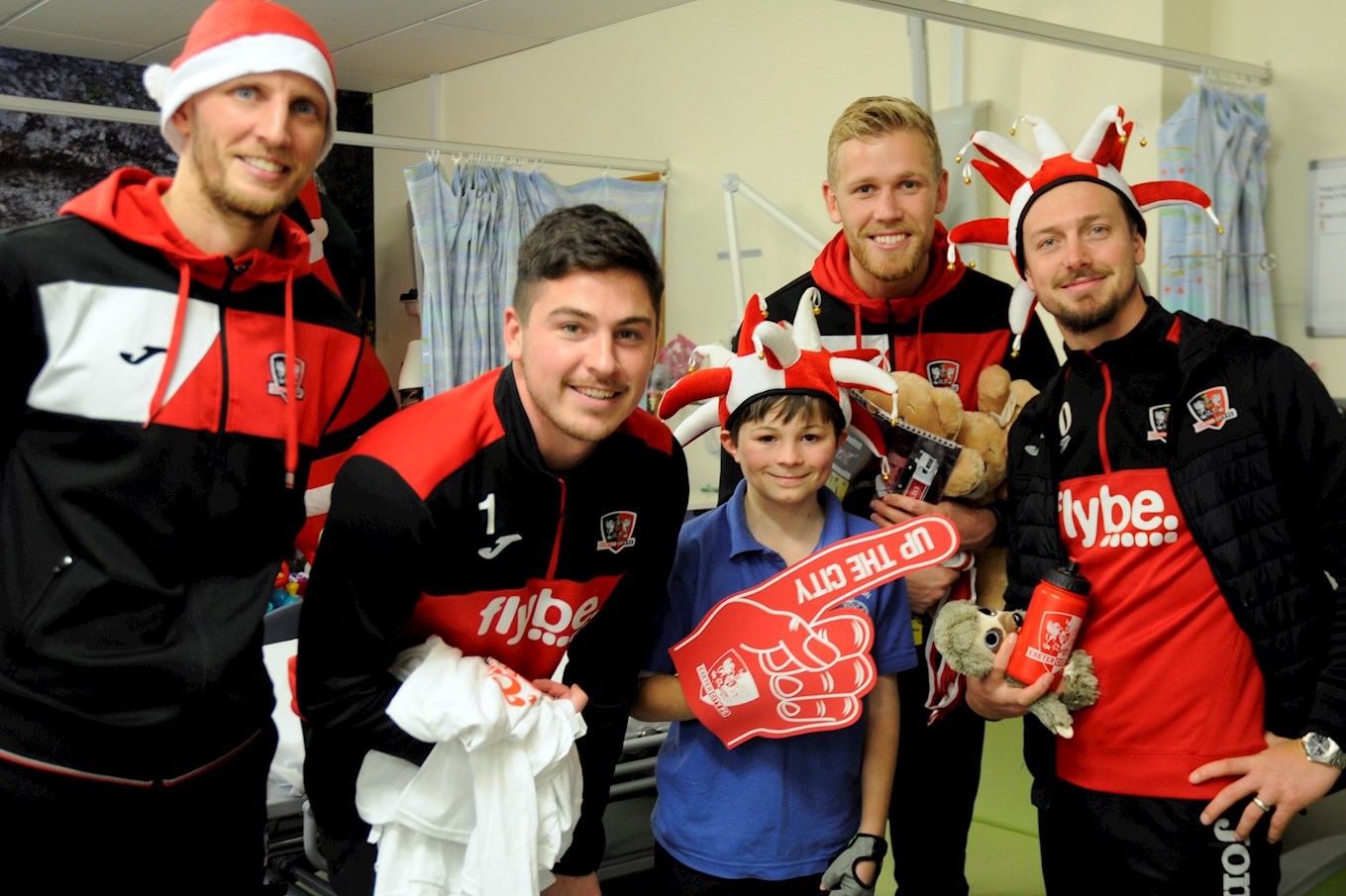 Carol Pearce, who was attending an appointment with her sons, said: “It was a wish come true for them to meet the Exeter City team. They find appointments with their big brother quite boring, but this massively cheered them up.”

Exeter City chairman Julian Tagg said "Thanks once again to Bramble Ward for inviting our players in to visit the children and young people. We’re a club where community is at the heart of everything we do, so events like this are really special for everyone and if it can brighten the Christmases of youngsters who may be stuck in hospital, then that is wonderful.

"I’d also like to thank the organisations who gave so generously to help us make this very special event possible.’  Speaking on behalf of Royal Devon and Exeter Hospital, Rhea Toney, Matron on Bramble Ward, said: “We really appreciate the Christmas visit from the Exeter City Football Club. The patients are always really excited meet the team- it makes such a difference to children and families who have to spend this special time in hospital.

“Thank you so much from all the staff, patients and families and Merry Christmas!" 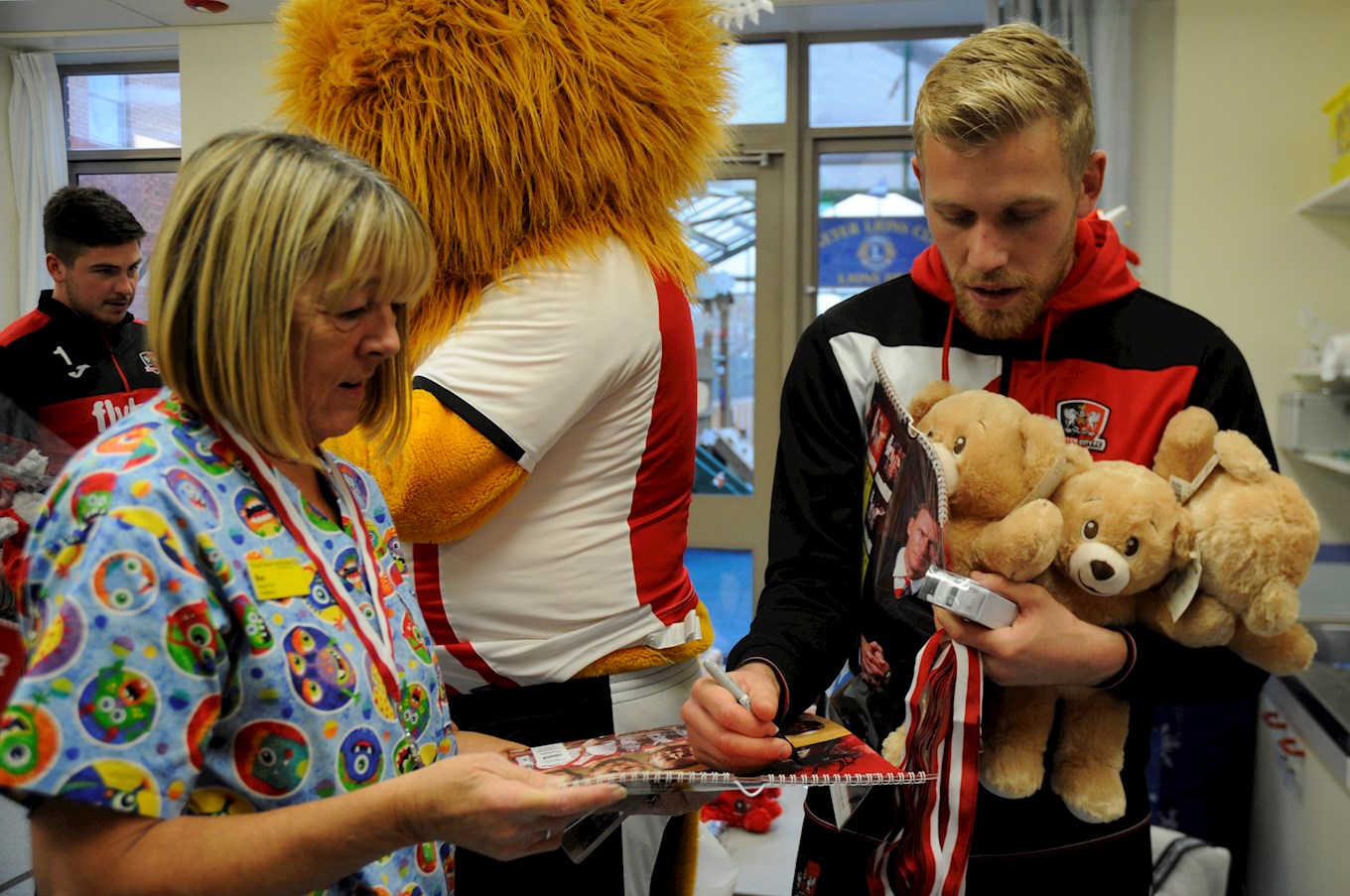