Congratulations to Kevin Richards who is our first nomination for the 2019 Flybe Community Champion Award.

Kevin was nominated for his work with Pinhoe Spartans under-13’s and received multiple nominations praising him for his connection with the players and going above and beyond to create a welcoming and never say die atmosphere at the club.

Particular mention on how he brought a new player with autism into the team and with his and his teammates support has flourished after a negative experience at his previous club.

Kevin even dipped into his own pocket when a kit sponsor couldn’t be found. He is a real role model for the younger generation and we are delighted to name him as the first nomination.

At Saturday's match against Crewe Alexandra, Kevin was presented by with his prize of return flight vouchers by Flybe's director of communications Maja Gedosev. Kevin will also be invited to City's end-of-season awards where the overall winner will be crowned. 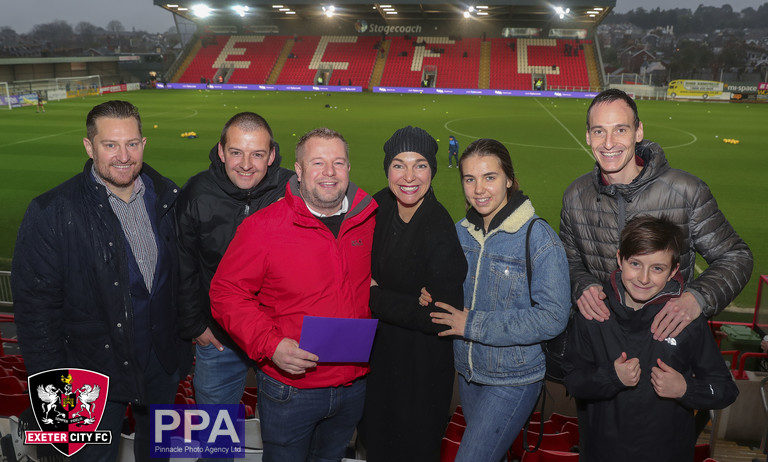 Speaking about the nomination, Kevin said: "I feel honoured to be rewarded. I usually like to keep out of the limelight. Thank you to those who nominated me, and to Flybe for the kind reward of the flight vouchers."

It was a tough choice with many worthy nominations for this round. If your nomination wasn’t successful this time, don’t worry as there will be two more opportunities to vote in 2019, with the next round in January.