Care of the heritage of Exeter City has taken a step forward with the establishment of a new charity – the Exeter City Football Club Museum Trust.

The new organisation, approved and registered by the Charity Commission, has been set up to establish and maintain a museum and to collect, safeguard and display historical items relating to the history of Exeter City Football Club.

The first meeting of the board of trustees took place on Monday, November 26, and made the following appointments:

The other founding trustees are Martin Weiler and Aidan Hamilton.

The new charity will continue to work with the Supporters' Trust and the club to develop a stadium-wide museum. A series of displays and the new museum room are already in place thanks to Heritage Lottery Fund grants and the work of a team of volunteers. A formal launch of the museum will take place in March.

Trustees will also continue important partnerships with the University of Exeter and the South West Heritage Trust. The charity is working towards formal museum accreditation and has been accepted as a member of the Devon Museums Group which consists of 75 museums across the county. 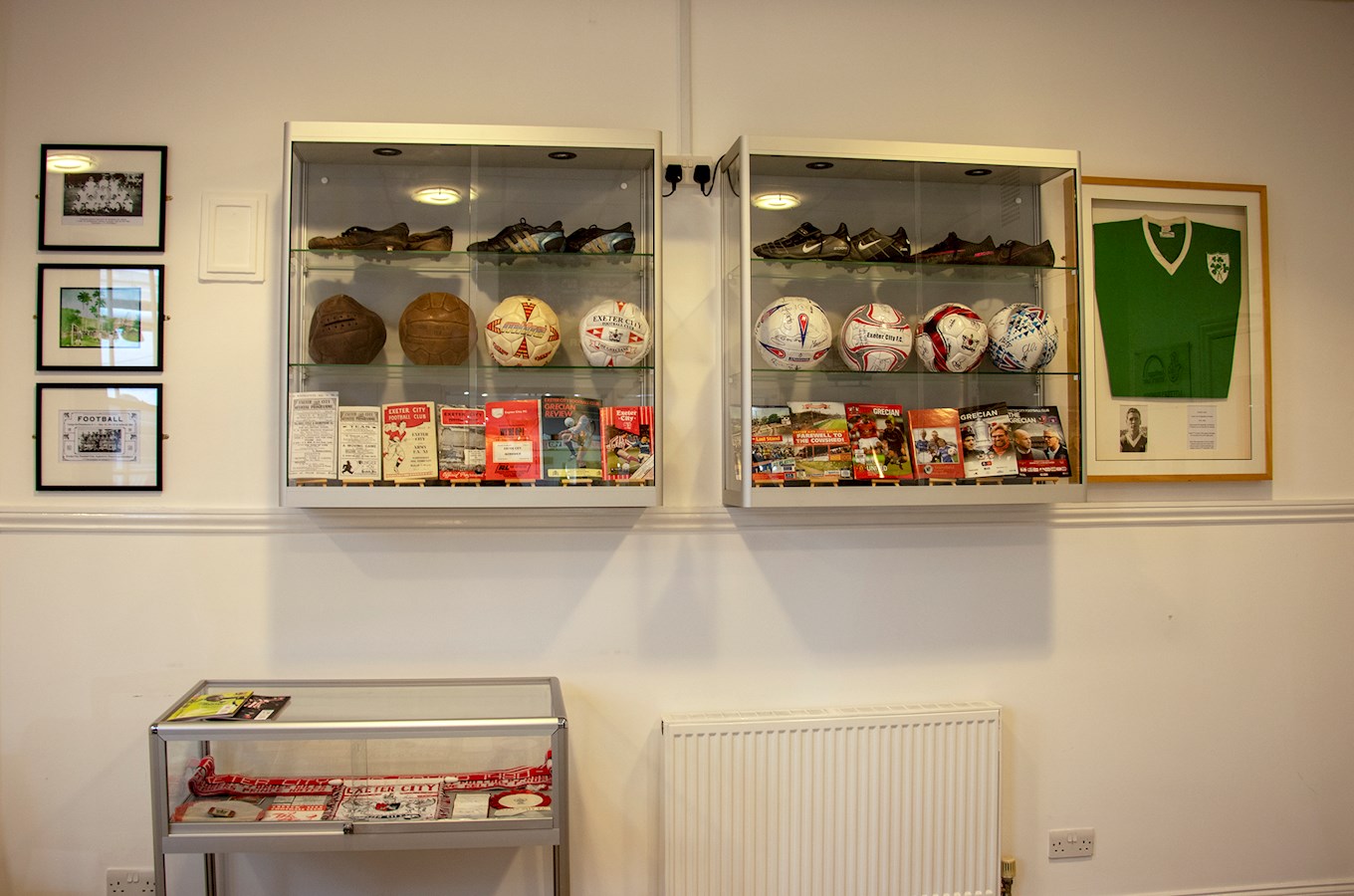 Museum Trust chairman Paul Farley said: “This is an exciting development for Exeter City Football Club. We now have the security of a charity to help ensure the heritage of the club is safeguarded today and into the future.

"We want to work closely with supporters and former players and their families to build our collections. We welcome volunteers and any other offers of help including financial contributions. Together we are creating something very special."

Club Director, Elaine Davis, also added: “The founding of the ECFC Museum Trust is another significant milestone in strengthening the Trust’s commitment to preserving and valuing our heritage.

"Our thanks go to all involved, in particular our colleagues from the Centre for Intermedia at the University of Exeter, whose research has played a vital role in helping us to establish the mechanisms that allow us to value and preserve our heritage, showed us how to use it to improve our stadium, and collaborate with the increasing number of people who now wish to engage with sharing and caring for the club's history."

The main museum displays can be seen on stadium tours, click here to find out more.

Visitors are also welcome by special arrangement with the museum officer who can also be contacted for any further information about the museum via the club reception or at: museum@ecfc.co.uk.