Man behind the Mask Dan Gottschalk takes a look at one of the classic encounters between the two sides as the Grecians came back from 2-0 down to steal all three points from the Hatters.

Going into the game, both sides needed a win to keep their play-off hopes alive with just a handful of games remaining in the season.

With over 8,500 fans in attendance and the home crowd behind them, it was Luton who drew first blood when Luke Guttridge’s early shot from the edge of the area was deflected beyond the reach of Exeter keeper James Hamon.

Just before the stroke of half-time, it was the Hatters who would strike again, Mark Cullen connecting with a brilliantly lofted pass to beat defender Christian Ribeiro to poke the ball past an oncoming Hamon.

It looked as though Luton were to seal all three points and end a six-game losing streak at half-time with no one expecting such a spirited fightback from the Grecians in the second half.

Just six minutes after the break, Ryan Harley connected with a lofted ball from Matt Oakley to find the net with a looping volley and draw the Grecians within one goal of their hosts.

Approaching the final 15 minutes of the game and a searching ball forward from Aaron Davies was nodded on by David Wheeler to the feet of cult figure Clinton Morrison, the striker with some tidy footwork to find Moore-Taylor who made no mistake with his first time effort in what was a well worked goal for the Grecians. 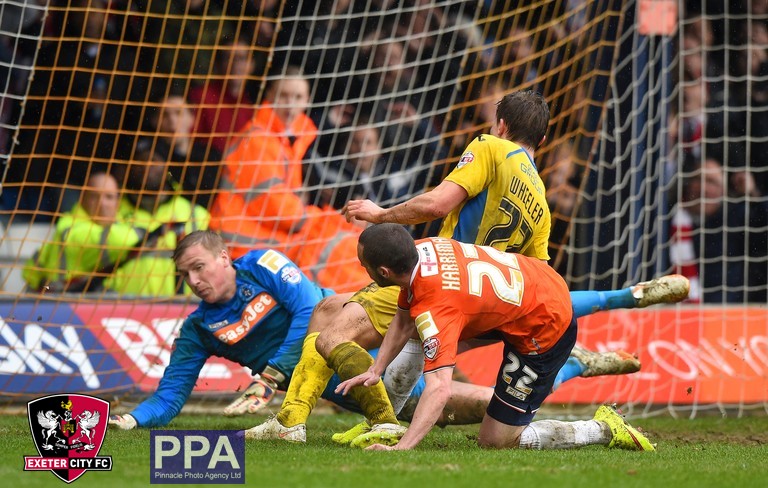 At 2-2 it looked although both sides would be going home with a share of the spoils until the 95th minute when Lee Holmes produced a lovely floating cross from the right hand side to find Christian Ribeiro with his header, deserving of a goal in itself, cannoned back off of the post to find David Wheeler to strike home and bring all three points back to Devon.

Current Exeter City striker and indeed this season’s top goal scorer, Jayden Stockley would get a taste of Paul Tisdale’s City side that day when he came off the bench in the 75th minute against the Grecians, one of the 13 appearances he made for the Hatters as part of his loan spell from Bournemouth in 2015. 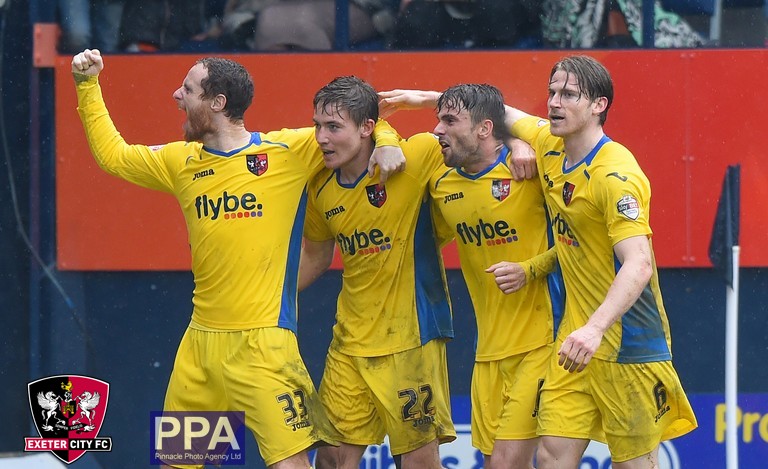