Hosted by Norman Warne, and run by him and his superb team of volunteers, they held off strong challenges on the final night from E for Idiots (the heat 3 winners), AFC Wivey (heat 2 winners) and Spartacus to win the top prize of flight vouchers, kindly donated by main club sponsor, Flybe. 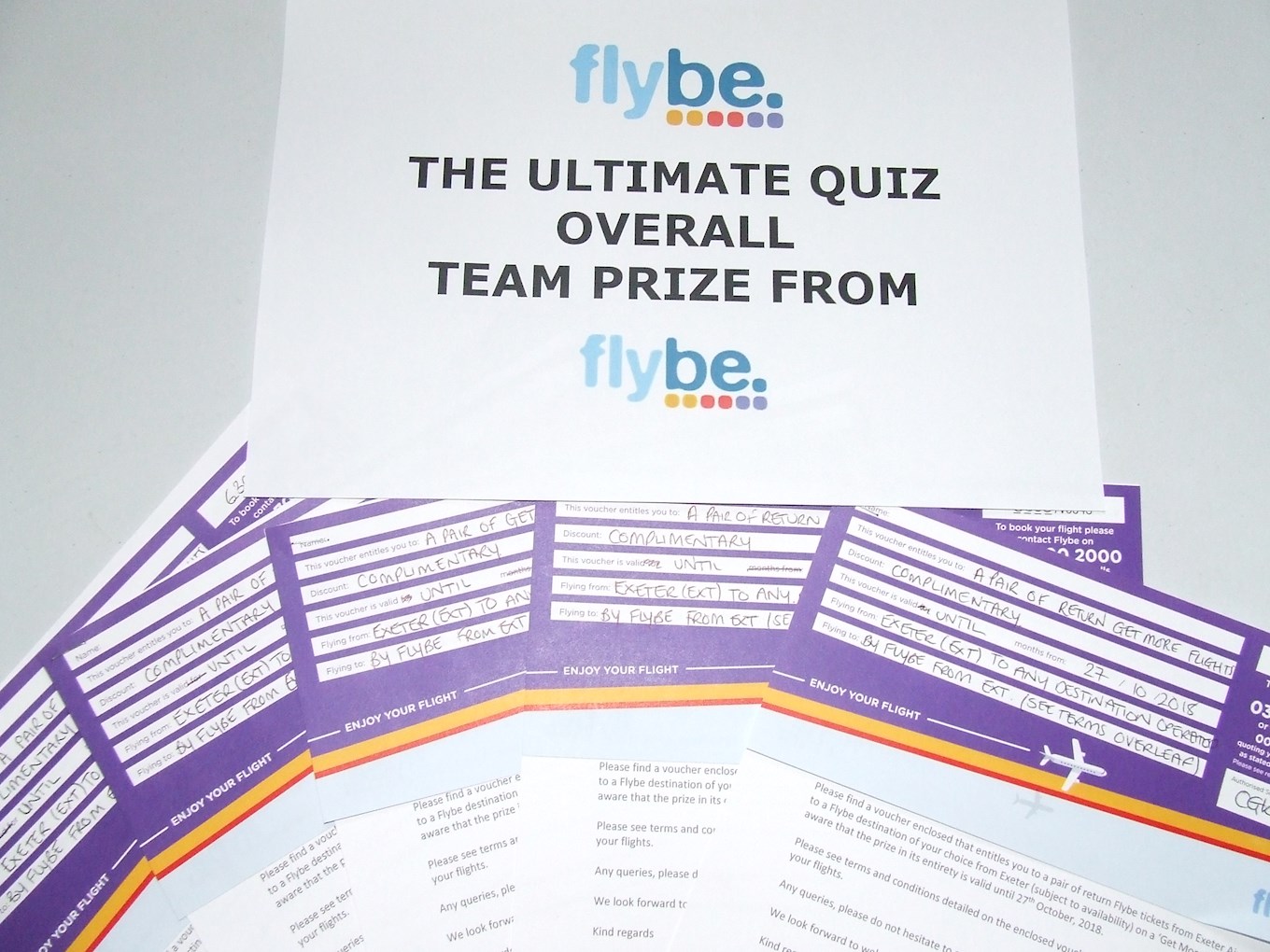 24 teams with around 120 quizzers took part in the unique quiz, devised by Norman, which contained the familiar league matches against other teams in the room with his devious joker system and tactics woven in.

Running since 2003-04 the quiz is as unique as ever and the reason for its continued popularity. Enormous credit should go to Norman for his creativity and the club is fortunate to have his and his team’s support. 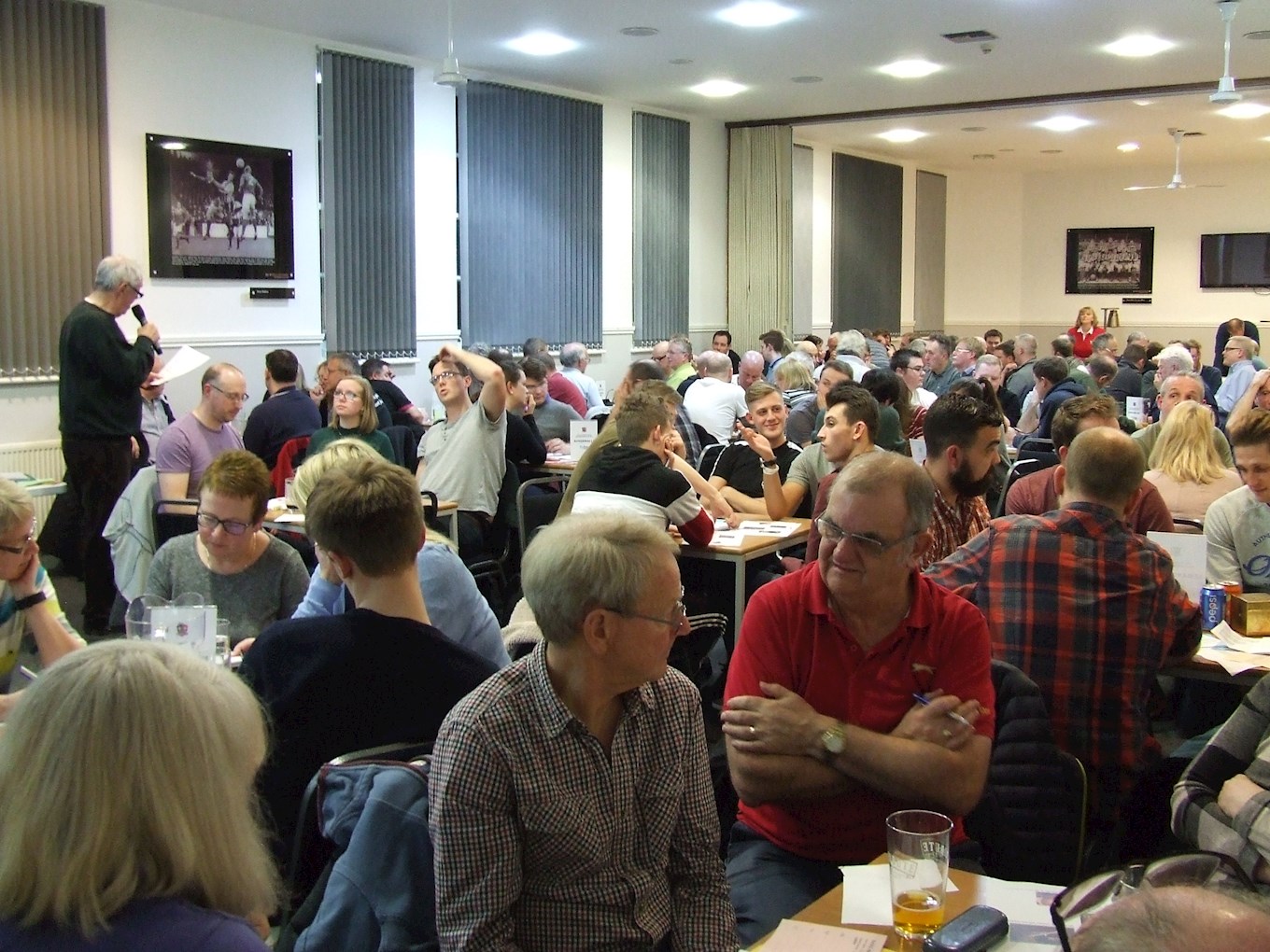 Thanks also go to all the participants for exercising their brains once again and also to top supporters of the club, Lloyds Kitchen, the Mercure Southgate Hotel and St Austell Brewery for providing very worthy team prizes.

It’s time to give everyone’s brain cells a rest for now. What will the 2019 version of Norman’s Ultimate ECFC Quiz bring?!