Jimmy Blain clocked up over 300 appearances for the Grecians whilst as St James Park after he arrived from Carlisle United in 1965.

A versatile player, Blain could play a number of positions, but eventually settled into a left back role and was named City’s Player of the Year for the 1966/67 season. Blain began his career in the youth ranks with Everton but departed the Toffees for Southport before spending time with Rotherham prior to his arrival in Devon.

The former Grecian, who found the net on 14 occasions for City, spoke to Ben Strange to recall some of his First, Best and Worst moments.

That was back in October 1965. I signed in the morning before a training session in the afternoon. I wasn’t particularly excited on the day having travelled down from Carlisle United who were in the Second Division and we had won the league the season before. To be honest, I wasn’t going in with an intention to sign, I was only down for three days’ holiday! But the offer was there and in the end, I decided to go with it and sign with the club.

...match for the club

Honestly, it’s that long ago I can’t remember it. I think it may well have been against Swindon Town which was a 1-1 draw.

I enjoyed playing there initially, until one season later I started to get booed! I was playing wide right and I was asked to play on the left because we had a young lad they wanted on the right. But I didn’t actually play as a left winger, I dropped into the middle of the park. In them days if you moved position the crowd would shout: “Get on the wing!” 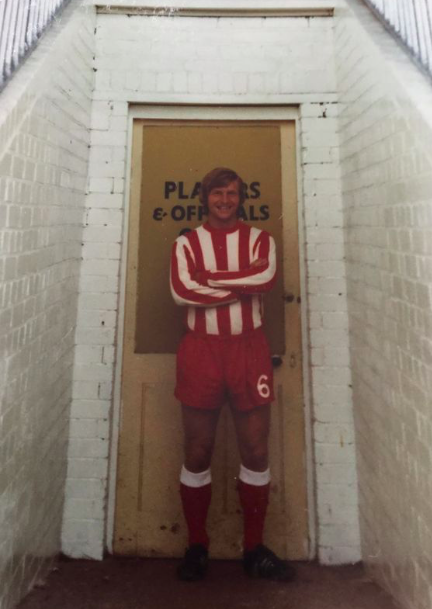 Out of 340 odd games most probably when we beat Sheffield Wednesday in the cup. They were in the First Division and we were in the fourth and we beat them 3-1. I thought I had a really good game despite not scoring.

...manager you worked under in your career

Well, most probably the coaches at Southport. I was only a young lad at the time but they gave me a great deal of encouragement. They didn’t give you all the tactical advice that you see in today’s game, they just told you to do this and to do that!

...player you played with in your career

I’m not sure about an individual player, but when I was at Everton in the late 1950's, they had some exceptional players. Even though I was in the reserves they were very good.

Oh, I’ve had lots of them! I think there were too many to be honest, especially when we suffered a relegation. They were horrible moments.

Generally, I was very lucky with injuries as I didn’t suffer too many. However, I dislocated my shoulder at St James Park over the Christmas period. It was a freezing cold day and the ground was like a rock. I went up to head the ball, which was unusual for me, and as I was in mid-air the opposing player hit me and I ended up landing on my shoulder. Luckily, it was five minutes before half-time and I was sat there moaning like hell. Keith Harvey had just been made the trainer after retiring and he didn’t know much about injuries at the time, he got better as it went on, but he came running across and asked what was wrong, so I explained that my shoulder was killing me. So, he decided to grab hold of my arm and twist it all over the place! Luckily, half-time came so I walked in and saw a doctor and he told me to get straight to hospital. I was out for six weeks.

I didn’t like going to Workington because it was such a long way and the facilities were bad. It wasn’t that we played badly there, we often did quite well, then again, I never thought I played too badly.