Exeter City are pleased to have offered three professional contracts to players from their under-18s side.

Josh Key, Joel Randall and Harry Kite have all earned pro deals after a successful season that has seen the squad win the Youth Alliance South West Division title by seven points.

Under-18s manager Dan Green expressed his delight that a further three players have earned professional contracts following on from Jack Sparkes, who signed a pro-deal with the club back in the autumn.

“It is always really pleasing to offer players who have come through our system professional contracts," said Green.

“It shows younger players in the academy that if you work hard and apply yourself to the best of your ability, there is an opportunity at Exeter City Football Club.”

Kite, Key and Randall have all represented the first team this season.

Midfielder Kite made his debut in the Checkatrade Trophy match against Yeovil Town in August, whilst wide-player Randall made an appearance from the bench in the same competition against Chelsea under-21s.

Although Key has yet to make his first-team bow, manager Paul Tisdale has included the winger as a substitute in two matches this campaign.

Green continued: “I think with Paul as manager the young players know that if they work hard, there is a pathway and an opportunity to first-team football.

“However, the players know that they are going to have to earn the right to be part of the first team by showing a professional attitude and a desire to learn in order to win the manager’s trust.”

The remainder of the second-year scholars from the successful under-18s league winning side are still working hard towards earning their professional contracts with the under-18s and their respective loan sides.

Going through the three players that had been offered deals, Green added:

“Josh has had a really good season. He is an athletic winger who has created and scored goals but has spent time playing in right midfield and up front. Therefore, he is versatile and has really learned how to use his pace and athleticism to his advantage. Josh has always had a brilliant mentality but this year he has added more end-product to his game.”

“Joel has been with the academy from a very young age having come through our Barnstaple Advanced Development Centre. He is a versatile player but this year, in particular, he has been a wide midfielder, creating and scoring a lot of goals.

“Joel is the top scorer in the team at present but I think, more importantly, he has found a level of professionalism and consistency to stay in the game. Joel has really contributed to the team this year with his hard work and willingness to affect the game on and off the ball.” 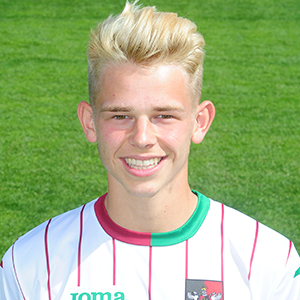 “Harry has been with the academy since under-8s. He is a very hard-working midfielder who has done really well when involved with the under-21s and the first team.

“Harry has shown his personality and through his competitiveness and work rate, has found a way to make himself selectable in not only the under-18s but also the under-21s.”