Exeter City recorded a 1-1 draw away at Brighton & Hove Albion to finish top of group H in the Under-23 Premier League Cup.

The Grecians went into the game already knowing that they had qualified for the knockout stages of the competition courtesy of a record of three wins, a draw and a loss from their previous five matches. However, they needed a point or better to finish top of the standings with Brighton able to overhaul them with a victory. 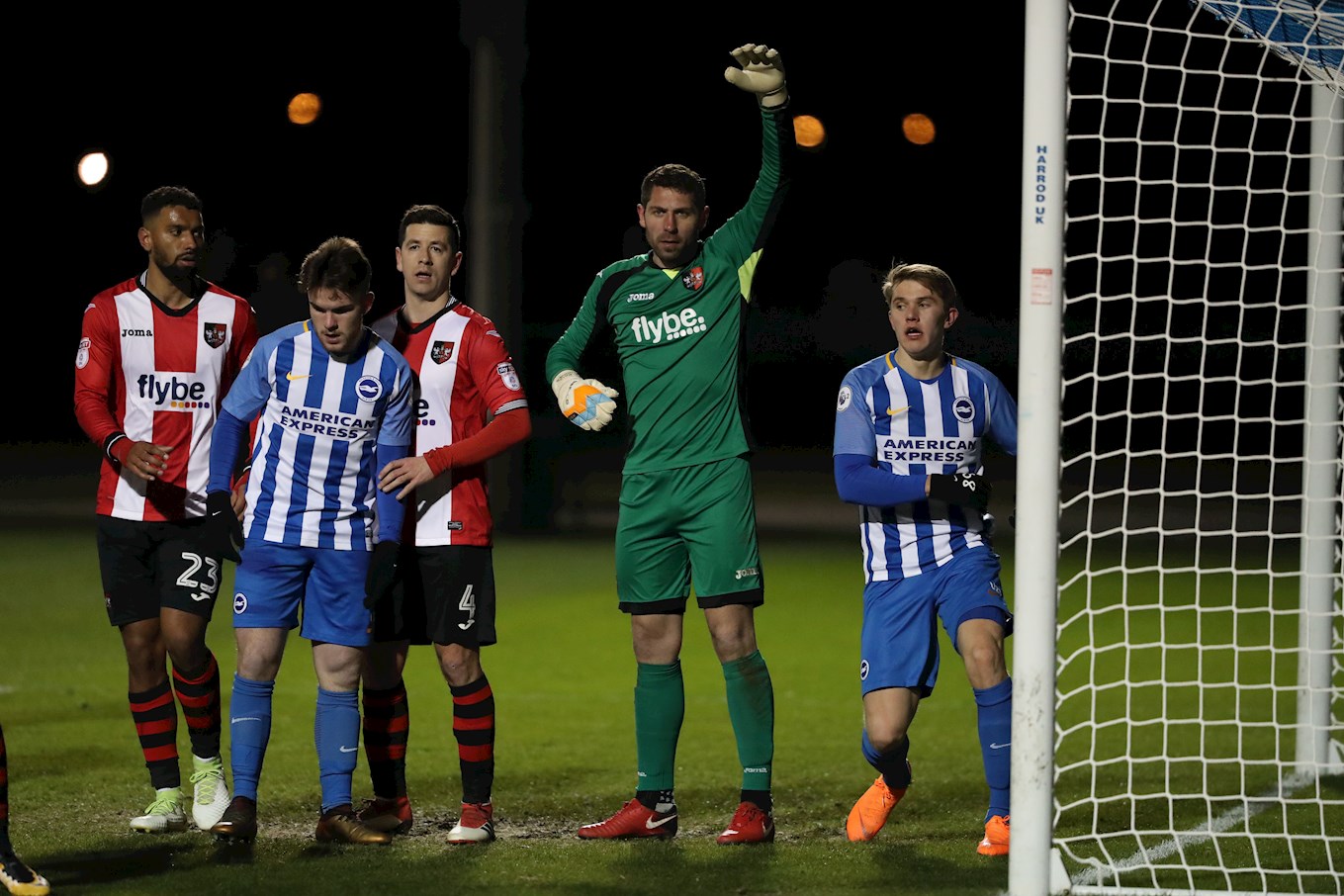 On a cold night at the American Express Elite Football Performance Centre, it was City who created the first chance of the afternoon as Ryan Brunt latched onto a free-kick in the box but could only fire an effort over the crossbar.

Archie Collins then had a close-range shot blocked before James Tilly and Max Saunders both had efforts at goal for the Seagulls.

However, City would start the second half better and take a deserved lead in the 61st minute when Brunt fired home from a corner.

Substitute Aaron Connolly then headed an effort wide before City responded with Brunt firing off target from the edge of the box.

Ryan Loft then hit a shot just off target as the Grecians went close to sealing the victory. And that miss proved to be costly as, in the fourth minute of stoppage time, Henrik Bjordal cut inside from the left and fired a shot past Paul Jones to earn his side a point.

Speaking about the performance, City's under-23s coach Matt Taylor said: “We stayed in the game when we had to in terms of we soaked up a lot of pressure. They had a lot of possession and we were up against a good team who played some good football on a good surface.

"So, it was always going to be difficult but we limited them to half chances at best in the first half and then grew into the game in the second half.

“We got the goal and we could have possibly extended our lead towards the end of the game. We were obviously disappointed at the end to concede the goal late on. However, as much as we are disappointed, it is still a positive result at a Premier League team and it made us finish top of the group which we are all delighted with.”

Matt was also pleased that Ryan Brunt got his goal and said he and Robbie Simpson - who is also returning from a long-term injury - will have a big part to play in the first team between now and the end of the season.

“Ryan's goal was reward for is hard work and his attitude towards the game," said Taylor. "He has had long time out with injury and we are trying to get him back fit and every minute he plays is a bonus, but the goal gives him a bit of extra confidence and hopefully he can build on that.

"Both he and Robbie got the same minutes and that is with a purpose and a view for the first team. Obviously, the attacking players are doing well at the moment but we are going to need everyone towards the end of the season. So the likes of Robbie Simpson and Ryan Brunt are going to be massively important to us."