Apple Taxis, Exeter’s premier taxi firm has been working with Exeter City for over a decade, advertising their brand to thousands of visitors to St James Park.

To celebrate this milestone, there is a competition on City's Facebook page to win a pair of Thatchers' Big Bank tickets to Saturday's match against Coventry City. All you have to do is both like and share the post before 5pm on Thursday, January 11 to enter.

The Exeter-based Taxi firm have been key supporters of the club over the last ten years, from being sponsors of the main hospitality suite, to having large advertising boards in key areas of the St James Park pitch and adverts in the match day programme, The Grecian. 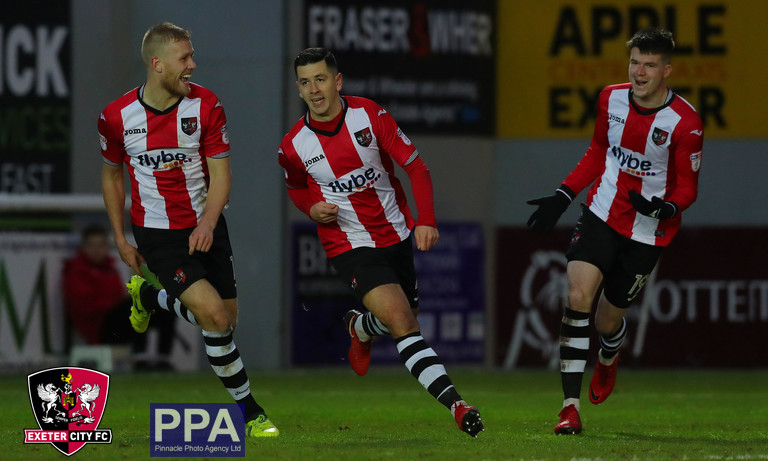 Apple Taxis handle in excess of 30,000 calls per week and hold all of the large corporate accounts within the city of Exeter. With offices at both St David’s Station and Exeter International Airport, they are ideally placed to pick-up and drop off passengers for these key routes into the South West.

Apple Taxis have recently launched a mobile app, which makes booking simple and enables tracking of your Taxi, and quotes for your journey before you book.

Speaking about the continued relationship, Exeter City’s head of commercial Mark Jenkins said: “We really appreciate the length of support, and faith that Steve, and Apple Taxis have shown in the club. We are proud to be associated with Exeter’s premier Taxi firm.”

Steve Screech, Apple Taxi’s general manager said: "Exeter City Football Club is an essential part of the city of Exeter and our business as a whole.

“We get a lot of business from the football club and we try to do whatever we can to help and support them.

“We aim to work even closer with the club in the years ahead and we are currently working on other ideas to improve our working relationship. It's great working with all the background staff at the club, even Mark Jenkins - when he is not on the golf course!”

With sporting dinner events coming up at with Paul Merson and Ray Parlour on January 30, and Bryan Robson on April 16, why not consider using Apple Taxis to get you to, and from the events, and to allow extra-time at the bar!

To find out more about Apple Taxi’s, please click here.