Grecian Goal, the fun way to support City, has provided the Grecians Media team with a pair of tripods, a microphone, and rain cover.

The new equipment will aid the creation of the match day SJP 360 videos, and other output from the club.

Grecian Goal is currently made up of over 40 pledgers who contribute funds in a bingo-style fashion and have some fun in doing it. Pledgers set their own terms and conditions, ranging from the sensible to the eccentric - some past examples of pledges include £1 per goal scored by City, and £10 if a seagull lands on the pitch whilst the game is in progress. 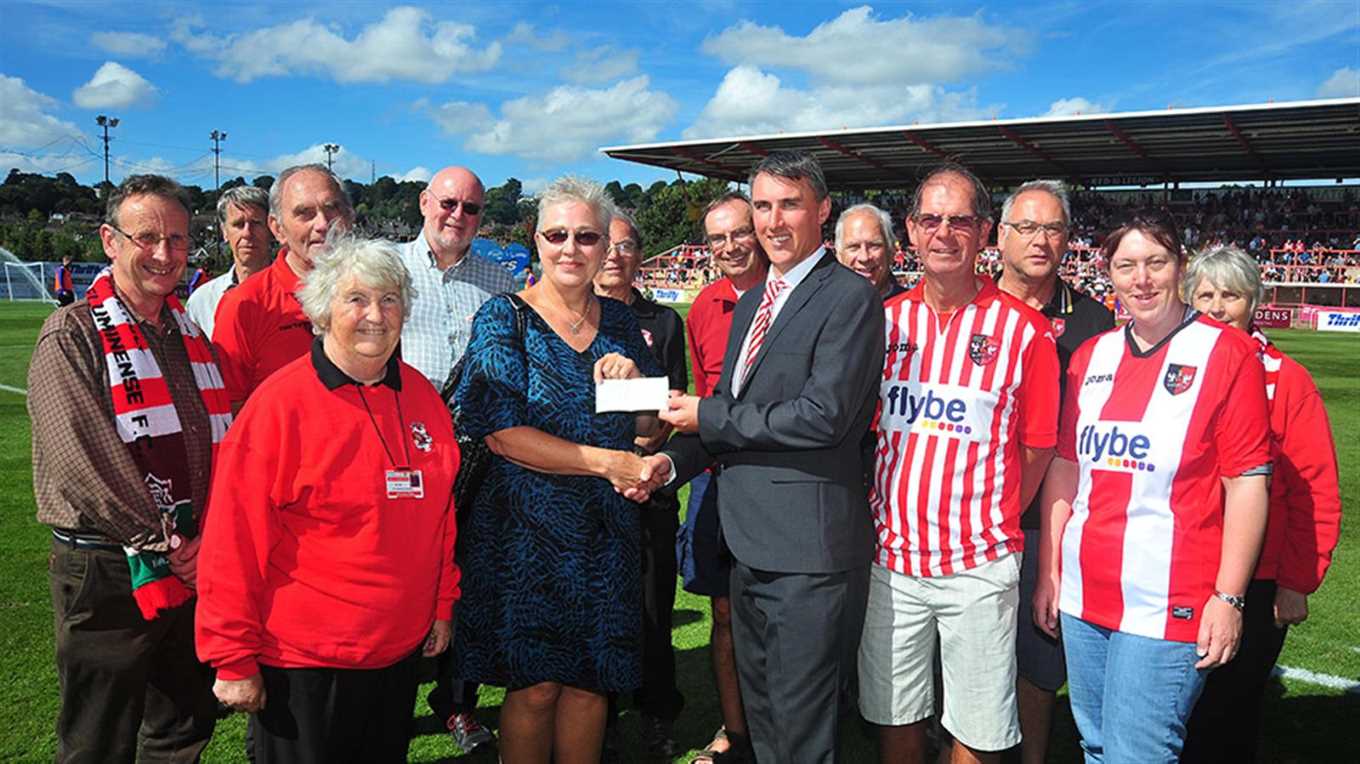 Grecian Goal was originally the brainchild of former Stadium Manager Dacre Holloway, as a way of raising money for the club. His first Grecian Goal funded project was to drain the then very boggy, training pitch at the Cliff Hill training Ground.

It seemed a shame to let such a practical fundraiser cease after Dacre's untimely death, and it was revived in 2009 by Supporters' Trust trustee Elaine Davis.

Apart from goals scored, the biggest money spinner comes from those pledging whenever Tis wears a hat, though it could have been easily beaten this season as several people pledge 50p every time a ball is kicked out of the ground. As this is regular event at present, Grecian Goal has taken pity on their wallets and only count the first 2 balls out of the stadium!

The money has been used to support large and small club projects, sometimes funding them alone but very often contributing alongside other City supporters' groups.

"The new equipment will allow us to continue making videos to a high standard, and the rain cover will certainly help as it always seems to rain at SJP on match days this season!"

Speaking on behalf of Grecian Goal, Elaine Davis said: "I'm really proud of what Grecian Goal has been able to achieve.

"A huge thank you to all the pledgers for making it possible for us to support the Club in this way. Please join us, it's a great way to support our club."

Since 2009 Grecian Goal have provided or supported:

Grecian Goal have achieved ALL this with only 40 pledgers and would love for others to come on board and have a bit of fun, whilst donating to the club you love to support.

If you like the idea of Grecian Goal, please contact Elaine Davis via email on: eadavis5@hotmail.com or call 01392 875804. Thank you.