Exeter City winger Jack Sparkes is hoping to build on his breakthrough season with the Grecians as he sets about getting more first team minutes in the 2018/19 campaign.

The midfielder made his City debut at the age of just 16 in the previous season when he came on as a second half substitute away at Swindon Town.

In what was a 1-1 draw, Sparkes impressed during his first 15 minutes of first team football and almost scored the winner when he crashed a long-range effort off the Town post.

He then built on that performance by turning out another five times for the first team, as the youngster scored his first City goal against Yeovil Town in the Checkatrade Trophy.

Sparkes then continued much of his progression in the under-23 Premier League Cup under now first team manager Matt Taylor, as well as with the City under-18s.

Having had the summer off to recover, Sparkes is clear about his season objectives as he hopes to play more minutes in the first team to help the side push for promotion from Sky Bet League Two.

He said: “I’m buzzing to get back. I wasn’t involved last season with the Wembley trip, but I’m looking forward to the new season. I’ve had a month and a half off, I’ve been keeping fit over the summer. Now I’m back I hope to get as much game time as possible.

“It was great to score my first goal but it’s all about the new season to see how far I can get. I want to make as many appearances as I can to help the team push for promotion.” 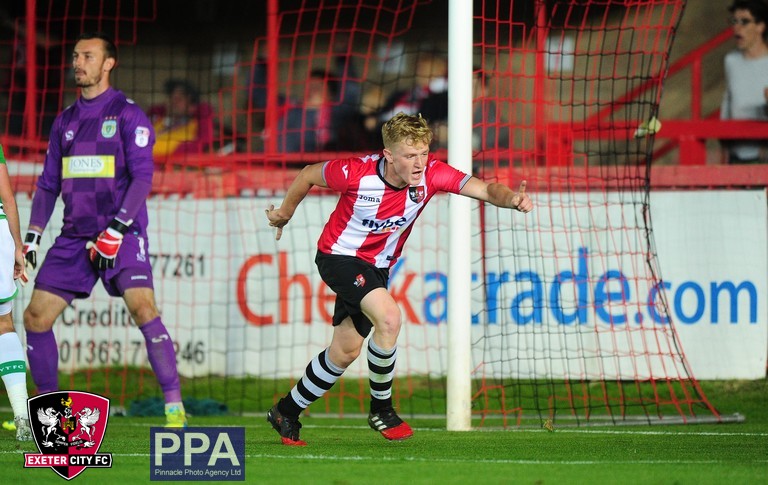 With competition for places expected to be high next season, Sparkes also thinks it’s important to make the most of the opportunity when given a chance to represent the first team.

He continued: “The manager puts trust in you to play you, so you have to give it back to him, hopefully I can do that.”

“I really enjoy working with Matt. I worked under him last season in the under-23 Premier League Cup, which we did really well in. I’m really looking forward to working with him this season.”

The 17-year-old also believes that the experiences from last year with the first team will stand him in good stead going into this campaign, and he is enjoying learning from the more senior professionals at St James Park.

He said: “I think it matured me as a player. The experience from players like Dean Moxey, Craig Woodman and Lee Holmes, who play a similar position to me, really helps me a lot and I’m hoping that playing alongside them this season will help me to develop even more.”