Midfielder Jake Taylor has been named as Exeter City’s captain for the forthcoming season, with Jayden Stockley taking on the role as vice-captain.

Jake made the joint-most appearances last season for the Grecians with 54, picking up 12 assists and eight goals during that time. As vice-captain he often stepped up and led the team success last campaign when then captain Jordan Moore-Taylor was unavailable due to injury.

Manager Matt Taylor says Jake leads by example on the pitch and at the training ground, making the 26-year-old midfielder the perfect choice for captain.

“I see him playing regularly and he knows the club inside out,” said Matt. “He has been here for a number of years now and he is an excellent player and he leads by example in the way he plays and the way he trains.

“He is a great character – a good lad to have around the training ground – and he interacts well with the players, staff and the fans. So, he is the perfect choice." 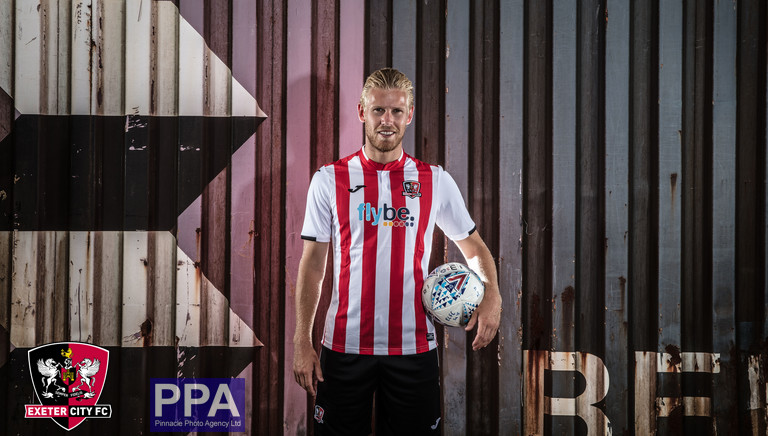 Jayden, who netted 25 goals for the Grecians last season, was keen to step into a captaincy role at Exeter despite only being 24 years old. Matt added that Jayden also displays the same leadership qualities as Jake and was pleased when the striker came to him and asked to be considered for the position of vice captain.

“He is similar to Jake in that he leads by example in the way he plays and the way he trains,” said Matt. “He is fantastic on the training ground and he was the main focus of our attacks last season.

“I don’t see that changing too much this season and he has got to lead the line really well. He will be a working progress as vice-captain, or captain when injuries or suspension dictates, because it is new to him.

“However, the fact that he wanted to play a leadership role just show you what the club means to him and how highly we value him."