Exeter City are back in pre-season action on Friday, July 27, when they make the short trip to Taunton Town as Matt Taylor’s men continue their preparations ahead of the 2018/19 season opener next week.

Despite a match with Bristol Rovers the following day, it is expected that a number of key players will be involved at the Viridor Stadium as the Grecians look to ensure they have a fully fit squad ready for action.

City are unbeaten so far in pre-season having put in some good performances in wins against the likes of Truro City, Bath City and Weymouth and will be targeting another strong display in Somerset.

Of course, Matt Taylor added two new players to his squad this week, with Jimmy Oates set to continue to feature following his signing after a successful trial with the club. New midfielder Lee Martin could also feature as he looks to get minutes under his belt as he continues to get to know his new teammates.

New signing Lee Martin could feature against Taunton Town. Watch what he had to say follwing his arrival at the club on Tuesday

The Peacocks are set to compete in the Evo-Stick Premier Division South and have been in high scoring form in their pre-season encounters with 5-0 wins over Willand Rovers and a Plymouth Argyle XI. They look set to prove a stern test for the Grecians on Friday evening.

How to find the Viridor Stadium:

The Grecians ran out 3-0 winners at the Viridor Stadium last time the two sides met with Tyler Harvey, Liam McAlinden and Ryan Brunt netting for City. 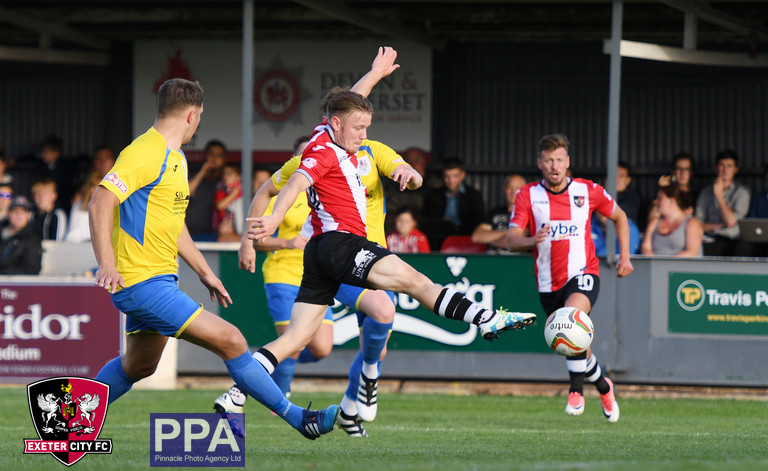