Exeter City manager Matt Taylor was pleased with what he saw on Tuesday night as a young Grecians side recorded a 3-1 win away at Bideford in this summer's first pre-season game.

The match at the Sports Ground saw a number of first and second-year scholars play, but the Grecians recorded a victory thanks to a Ben Seymour penalty in the first half and two late goals from Josh Key.

“It was a good performance overall,” said Matt. “To win any game of football as a manager and a coach you are always happy with that. 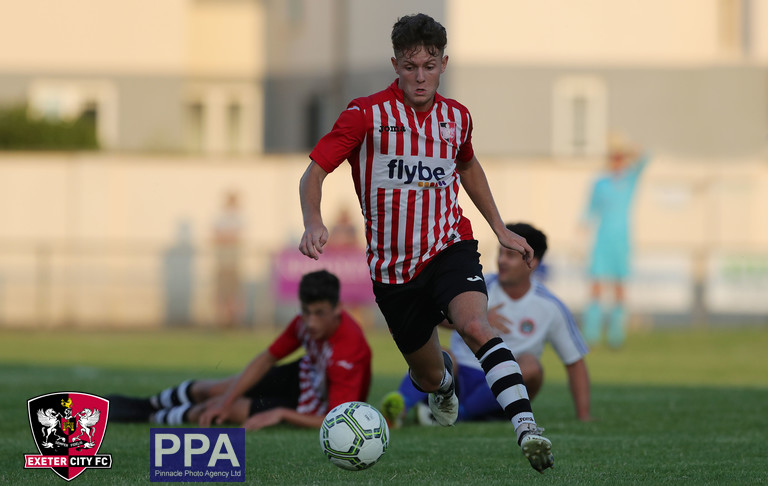 “It was a difficult game. We were a very young side against some experienced players and for the first hour or so we were quite tense in terms of our passing and sloppy at times. However, it was a difficult pitch – different to what we are used to – so to come away with a 3-1 win, with some of the age of the players on the pitch at the end, was fantastic.”

The result comes on the back of an impressive 0-0 draw away at Everton for City's under-18s on Saturday. Many of that side also featured against Bideford on Tuesday night and Matt admitted that it will have been a different experience.

“A lot of our young players will learn more from that half an hour against men than they would have on Saturday. So, I am delighted that they have come through it and come through it unscathed. The experience these young players are gaining is absolutely priceless and if we can keep developing them along with the first team then we are going to have a good group coming through.”

City took the lead when Ben Seymour raced through on goal only to be brought down by Felix Norman, who was standing in for the Bideford keeper who was late arriving at the ground. Seymour stepped up to score the penalty.

Bideford then equalized from a corner with James Mayne heading home. Norman, then having switched to keep goal for City, made some important saves, before Key scored two late goals for the Grecians. 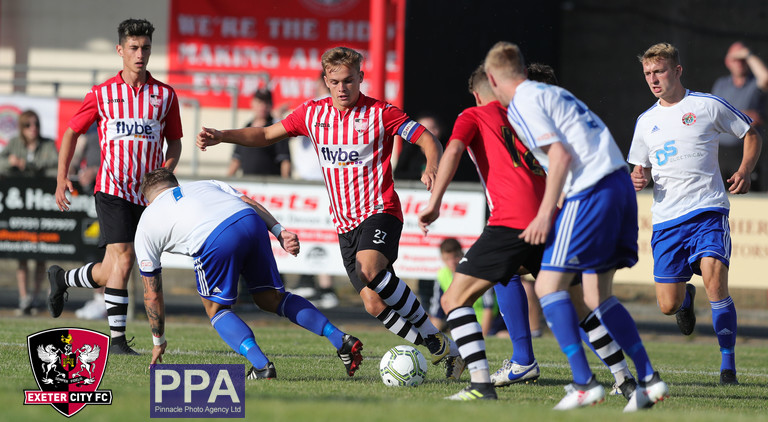 Matt admitted his side was nervous at the start but he was pleased with how they finished the game.

“Bideford had some threats,” he said. “They had a centre-forward who won a lot of headers against our young back four and we just have to try and figure out the opposition a bit better than that and be effective in terms of what we are up against.

“We wanted them to play with a bit more freedom as well. We attacked in a 4-4-2 and defended in a 4-4-2 which is not a problem but when you are attacking people have got to move offline. You can’t play in straight lines. However, we improved as the game went on and we got physically stronger, which we should do as a full-time side.”

Ben Seymour spent a spell on loan at Bideford last season and scored more than 20 goals for the Robins. So what did Matt make of his performance?

“He is a goalscorer,” said Matt. “He will probably be disappointed he didn’t take one of his other chances tonight, but he worked hard. He is a runner and he will run in behind all day long and he worked the back four. He has always scored goals. Throughout the youth team and his loan move last season and he has got a big future at this club.”

Matt also praised Felix Norman, who played 60 minutes for Bideford and half an hour for Exeter.

“He was excellent for both teams,” said Matt. “That is testament to the work he has been doing with Chris Weale – our new goalkeeping coach. He had a good game tonight, as did a few other players as well.”