Exeter City manager Matt Taylor declared that there is plenty more to come from his side during pre-season despite a convincing 6-0 win over Conference South side Truro City on Thursday night.

The Grecians ran out comfortable winners at Treyew Road with three goals in each half from Hiram Boateng, Jack Sparkes, Matt Jay, Jonathan Forte (2) and Jayden Stockley.

All of the first team players were given 45 minutes of football, with a different XIs playing each half. The Grecians looked impressive throughout matching the home side intensity early on before going on to dominate the possession and chances.

Their sharpness and speed to the ball was impressive, but with only two weeks of pre-season under their belts Matt is expecting that energy to improve ahead of games with Bath City and Weymouth next week.

“It was a good night’s work,” said Matt. “The lads went about the game in the right way. That could have been a difficult night for everyone involved on a dry pitch.

“They have had two weeks of four days training. They probably had a little bit of fatigue in their legs if anything, so they will only get sharper, stronger and fitter and they will keep learning the way we want them to play.

One of the wide players who played particularly well in the first half was Sparkes. The 17-year-old, who made a handful of first-team appearances last season, followed in on a Tristan Abrahams shot to score the second and then delivered a superb cross for Matt Jay to head home the third.

“That was an excellent goal,” said Matt. “Jack has got that quality - shooting and crossing – he has got that little X-Factor in terms of that.

“I was delighted in terms of his game as well and for MJ to score a header – he is probably the smallest player on the pitch – is absolutely fantastic. That is all about the cross and the movement and he believed he was going to score and that will give him some confidence. 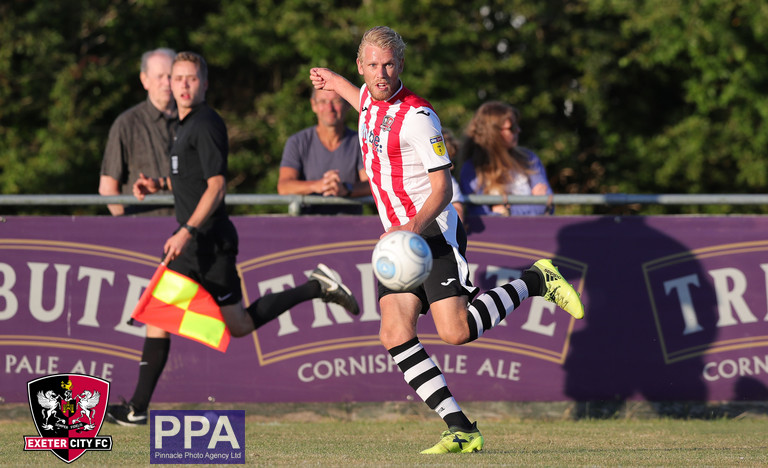 “He is going to be an important player for us this season. We need him scoring goals and fit and firing. On the whole, I am delighted with the performance.”

After 11 changes at the break, City continued to dominate with Nicky Law setting up Forte for his first before Pierce Sweeney crossed for Jayden to acrobatically fire in number five.

“Jayden is a big unit, but he can finish and that was an outstanding goal from him,” added Matt. “Pierce (Sweeney) has put in good deliveries for us time and time again. Ever since I have been at the club – for the last 18 months – he has been one of our best crossers.

"I had a chat with him yesterday and said I want you playing as far forward as possible and I need you to be putting balls in the box but you are a right back so you have still got to defend.” 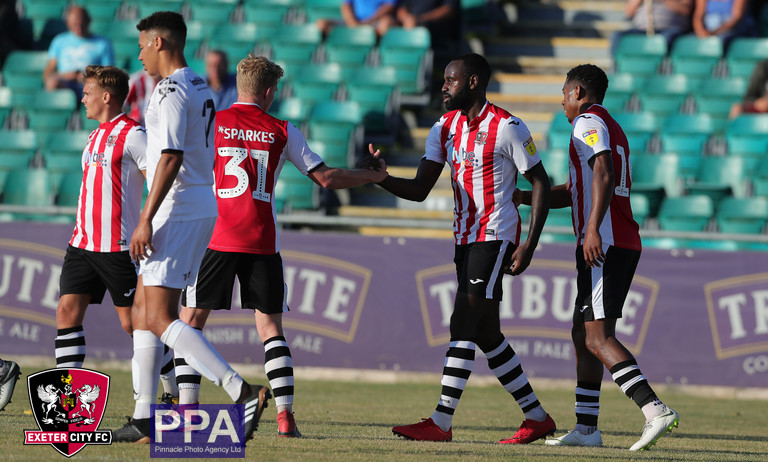 That message seemed to have got through to Sweeney as well as he delivered the cross for Forte to score his second. And with Forte having joined the club from Notts County this summer, it was pleasing for Matt to see his new striker get off the mark so early.

“I have said about the 45 minutes and getting the work in the legs as being important, but if you are a centre-forward and you are scoring goals you feel a lot better about yourself and, on the flipside of that my defenders and goalkeeper are probably quite pleased with a clean sheet,” said Matt.

“So you see Troy Brown heading out corners and wide free-kicks at the end – that is just as important as a goal at the other end of the pitch. It was very much a team effort but we have got a good group. I have said before that they are honest and hard-working and they worked hard for 45 minutes tonight.”