Today we take a look at Bury who suffered relegation from League One last season.

In May 2005, Bury became the first football club to score a thousand goals in each of the top four tiers of the English football league.

The Shakers finished in last place in League One in 2017/18 and were relegated to League Two for the second time in five seasons.

Ryan Lowe
Bury are currently under the leadership of player-manager Ryan Lowe who returned to the club in January 2017 following the sacking of former manager Lee Clark.

Ryan was appointed caretaker manager, taking charge for Bury's FA Cup first-round tie at National League side Woking. He remained in charge for six games until November 22 when Chris Lucketti was appointed, Chris was however sacked in January 2018, after Lucketti was sacked.

Lowe was appointed to take charge of the first team until the end of the season alongside Ryan Kidd.

Gigg Lane is an all-seater football stadium in Bury, Greater Manchester. It was built for Bury in 1885 and has been their home ever since.

Away fans are housed in the Ratio Law Stand at one end of the stadium, where just over 2,000 away supporters can be accommodated. 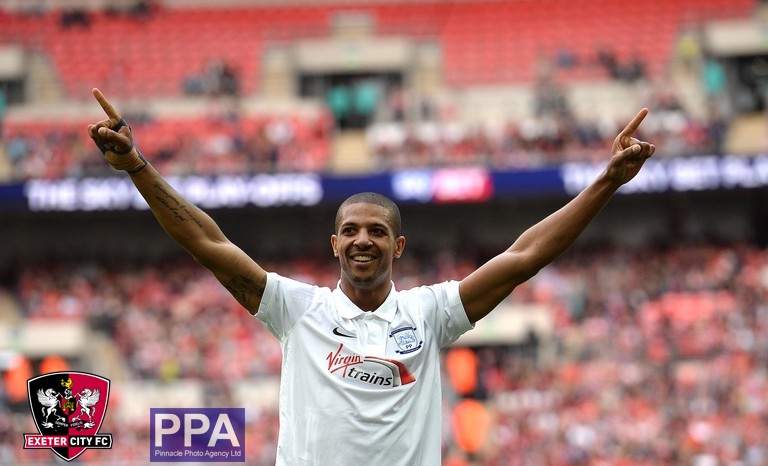 Following his release from Preston, Jermaine signed a 2-year deal with Bury in May 2017. He scored his first goal and the winner for Bury on the opening day of the season against Walsall in a 1–0 win and ended up the Shakers' joint top scorer with eight.

The 2017/18 season was a disasterous one for the Shakers, finishing in last place in League One and suffering relegation to League Two for the second time in five seasons.

The Shakers spent the majority of the season in the drop zone and relegation was confirmed after a defeat by Northampton Town on April 14.

The last meeting between City and Bury saw an entertaining draw at the JD Stadium. Arron Davies gave Exeter the lead when he converted Alex Nicholls's free-kick that flew back off the bar. Former Grecian Daniel Nardiello equalised for the Shakers, but a strong second-half defensive performance from the Grecians earned a point.

Matt Grimes' curling free-kick gave Exeter an early lead but was cancelled out by Tom Soares strike. The match was decided late on as Jimmy Keohane scored from close range after Bury's keeper dropped a deep free-kick.

Fixture release day is on Thursday, June 21, tune in from 9am to find out when City will face the Shakers in 2018/19.