Exeter City will host Championship side Ipswich Town at St James Park in the first round of the Carabao Cup on the week beginning Monday, August 13.

Ipswich last visited St James Park on August 10, 2010 when they needed an extra-time goal from David Norris to give them a 3-2 victory.

Roy Keane made a number of changes to his Ipswich side for their visit and gave a full debut to defender Troy Brown - now, of course, a rock at the heart of the Exeter City backline.

After a bright opening for the visitors, it was City who began to threaten towards the end of the first half as they had a goal ruled out for offside when Daniel Nardiello’s through ball was turned home by John O’Flynn.

However, the second half was only 10 minutes old when Nardiello teed up Ryan Harley at the edge of the box and he fired home into the bottom corner. 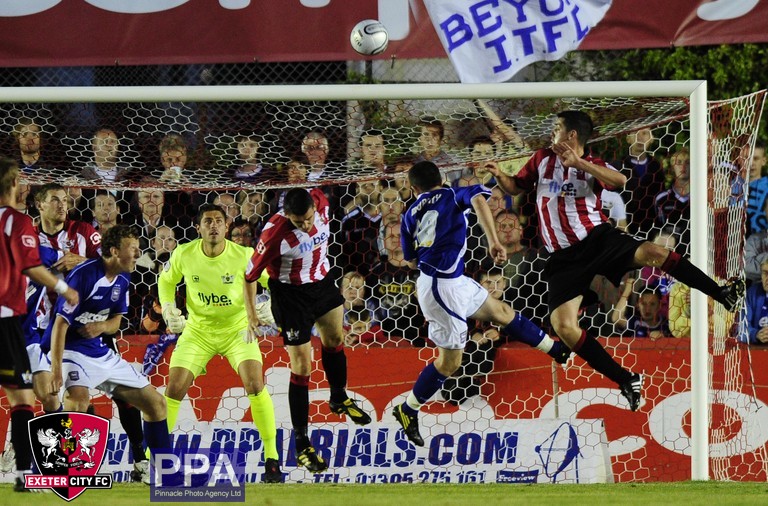 Ipswich were level in the 63rd minute though when Ronan Murray looped a header home from Shane O’Connor’s deflected cross. Murray then turned provider as he set up Norris with a shooting chance on the right side of the box and he powered a shot past Paul Jones.

However, with 10 minutes to go, Ipswich only half cleared a cross to the edge of the box and Harley crashed an effort in off the crossbar from 20 yards to level the scores once more.

Ipswich won the match in the ninth minute of extra-time though as Jones and Scott Golbourne both blocked efforts from Jon Stead before Norris followed up to score.

The defeat was overshadowed by the news that Adam Stansfield had lost his battle against cancer that day. Adam, who netted 37 goals in 142 league appearances for the Grecians between 2006 and 2010, was last year inducted to the Exeter City hall of fame and his No. 9 shirt is currently retired in his honour. Gone but never forgotten.