Exeter City is delighted to announce the newest members of Matt Taylor’s backroom staff after a couple weeks of interviews and negotiations.

Matt will be joined by Chris Weale as Goalkeeping Coach, Dan Green has been promoted to become the club’s new under-23 coach and Andrew Wiseman has been appointed as Exeter City’s first full-time Strength and Conditioning coach.

Negotiations are still ongoing with regards to Matt Taylor’s assistant, with an announcement likely early next week. 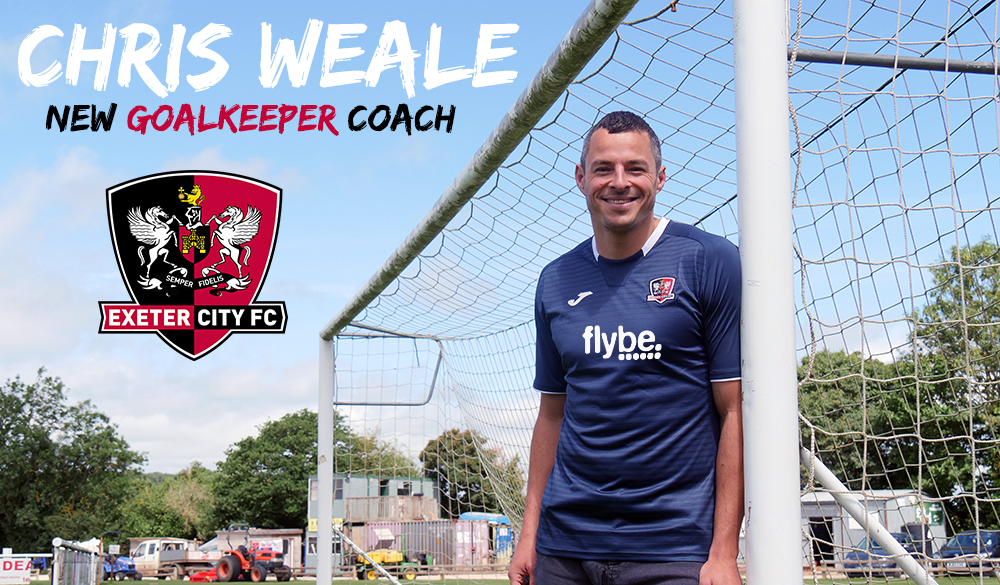 Chris is a hugely experienced goalkeeper, having amassed over 440 career appearances in the Championship, League One and Two and lower levels and has recently coached at Yeovil Town.

Matt Taylor was keen to stress how important Chris will be in taking the club forward, he said: “Chris is enthusiastic. He’s got a great work ethic and he’s a good character and he will fit in well with the environment we are trying to create. I see Chris as a long-term appointment.

“I knew Chris from a coaching course and from playing against him. He is familiar with the club, having worked with the academy goalkeepers. Artur Krysiak spoke very highly of him from his time at Yeovil and how he improved his game.”

Chris will be tasked with developing the game of current first team keepers Christy Pym and James Hamon, as well as the younger coaches in the academy. Matt Taylor added: “Chris has had a fantastic playing career and is an ambitious young coach in terms of developing young goalkeepers which is a big part of our club with Christy and James and the younger keepers coming up through the academy.”

Chris will also provide the club with emergency goalkeeper cover and Matt Taylor was keen to stress that that would only be in emergency circumstances.

“Chris will also provide us as cover if emergency circumstances happen where a keeper fell ill on the day of a game, he could sit on the bench if needed, so we can also sign him on a non-playing contract.” 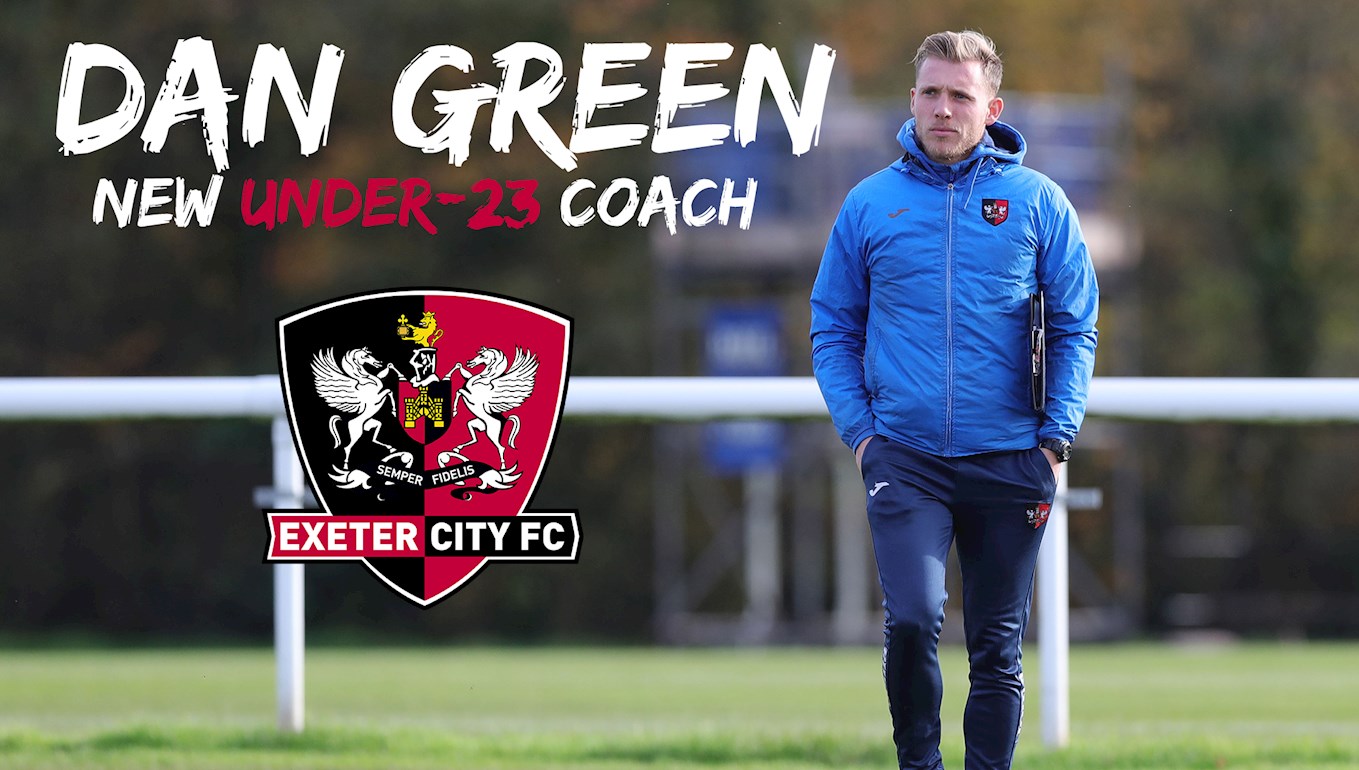 The new season will also see Dan Green step up to the role of under-23 coach after his excellent work with the academy and will have a large focus in helping to prepare the younger City players for the first team.

Matt was keen to stress that Dan will take on an important role with the first team as well as his work with the younger players. He said: “I was desperate to get Dan as under-23s coach as there is no better young coach around from what I’ve seen. He is a fantastic coach with the right work ethic and character.

“He will improve and develop all players, not just the young players. We are going to put a big emphasis on our training this year and he is going to drive that and take a big part of the training.

“He knows Exeter better than anyone and he knows the young players coming through and it’s time for him to step up to the first team environment and it will improve him as a coach.

“I know all about the role having been under-23 coach last season so I can help him mould the role. The under-23 Premier League Cup will be entered again, and we will have to qualify again as a category B team. We’ve also entered the Central Reserve League so there is a structure to our games.” 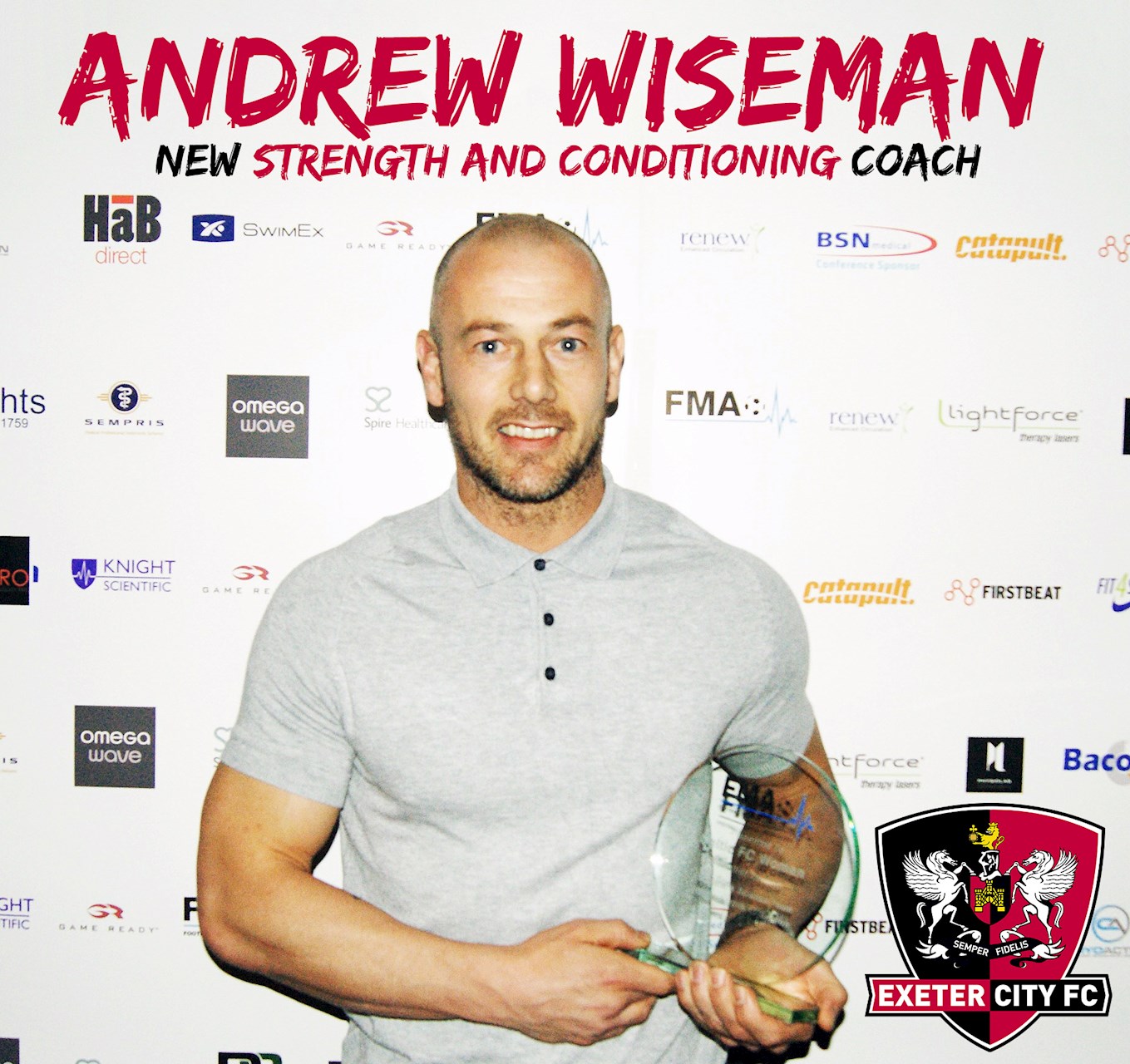 City’s development off the field has also continued with the appointment of the club’s first full time Strength and Conditioning coach in Andrew Wiseman.

Andrew has worked for the likes of Charlton Athletic, Stevenage and Celtic Ladies sides and will arrive at City on June 30 looking to help ensure as many players as possible are available to Matt for selection.

On Andrew’s appointment, Matt said: “Andrew’s role is new to the club and one we are very excited about. It’s going to be important. We won’t see the results straight away, but 12 or 18 months down the line we will see the benefits.

“Injuries have cost us at key times over the last couple of seasons, so we are trying to minimise the amount of time that happens. He will assist Adey Saunderson with any injuries we do have with their rehab. It takes a bit of workload off the coaches.

“He will work alongside Jacob Staines in the academy and Harry Knapman and Adey in terms of the medical department and we will look to bring in an intern to assist him.

“It will take a little time to get used to for some players. It’s not about lifting weights and running them to start with, it’s about injury prevention.

“Recovery, sleep patterns, nutrition, that is his area of expertise that we as football coaches don’t have time to look into. We’ve got a fantastic programme from the academy looking upwards, we also need the same from the first team looking downwards.

“Andrew went through the interview process and was a standout candidate.”

Negotiations are still ongoing with regards to Matt Taylor’s assistant, with an announcement likely early next week.