Tickets are selling fast for the Exeter City’s 2017/18 Season Awards, held on Sunday, April 29 at the Great Hall, University of Exeter.

Join the players and the staff from Exeter City, and reflect on the highlights of the 2017/18 season which is heating up with City sitting in the play-off places and looking to push for top 3.

As well as the player award presentation, a three-course meal, fun and games and live music from New Heroes.

The Awards night has a change of venue this season, taking place at the prestigious Great Hall at Exeter University in the heart of the city. The event, kindly sponsored by St Austell Brewery, starts at 5pm.

Tickets for the event are priced at £39 per head or £350 for a table of 10 and offer the opportunity to be part of a highlight in the Exeter City calendar and an opportunity to meet the first team squad as the season draws to a close.

The dress code for the event is lounge suits and cocktail dresses.

New Heroes, described as a 'fun, exciting and interactive band that will bring the party to life with the music everyone loves, in a performance to remember'. They will be followed by a DJ providing the soundtrack until the early hours.

Over 300 guests attended last season’s event as fans, staff, sponsors and players all came together to celebrate and reflect upon some of the highlights of the past 12 months. 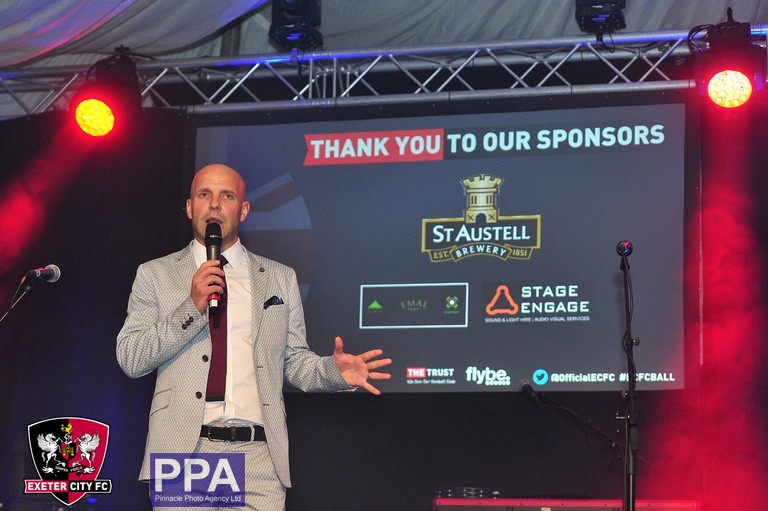 At last year’s event, top scorer David Wheeler stole the show, winning no less than five awards in what was his best season in a City shirt. Scooping the prestigious Fan’s Player of the Season award, David capped a fine season, one which saw him break an 80 year Exeter City record with his total of eight goals in seven consecutive games. 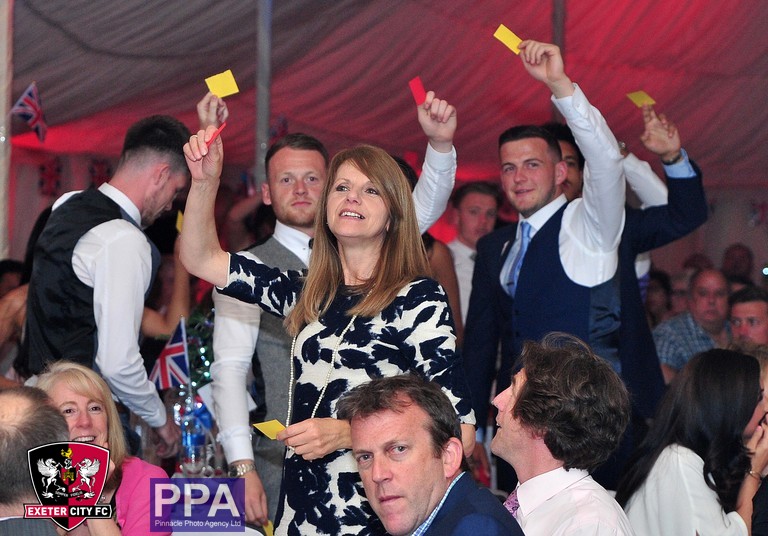 One of the highlights of the eventing was however Ollie Watkins who was re-presented with his EFL Young Player of the Season award, a fine achievement previously won by the likes of Dele Alli and Gareth Bale.

The party last season ran long into the night and was truly an event to remember, a highlight of last season’s calendar which of course included a trip to Wembley in the League Two Play-Off Final.

This season's Exeter City’s awards night, as always, promises to be a night to remember with auctions, awards presentations and a look back at some of the most iconic moments of the season. 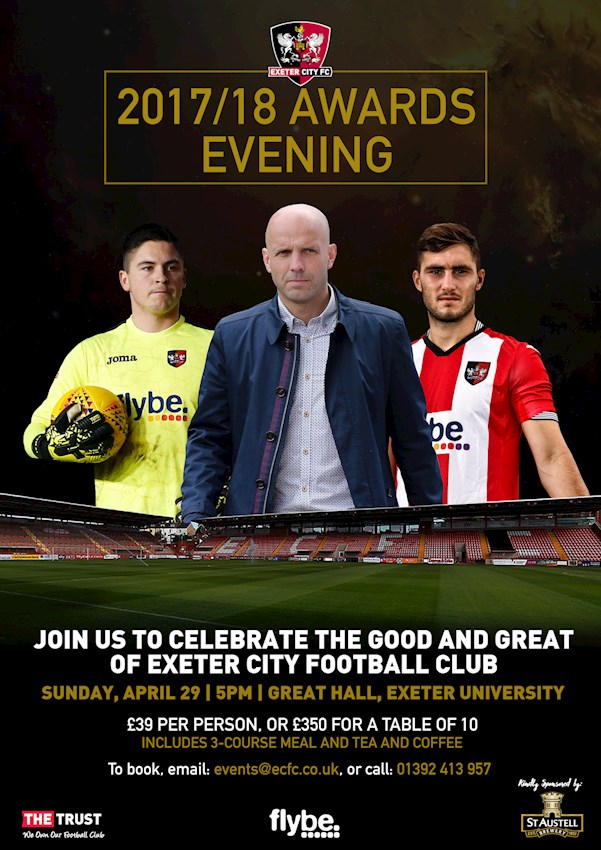