All 72 EFL clubs will come together on the same day for the EFL’s Day of Action to demonstrate the positive impact football can have in changing young people’s lives.

From Blackburn to Barnet and Sunderland to Southend, on Tuesday, March 20, EFL clubs across all three divisions will showcase the innovative and ground breaking work they do for young people in tackling some of the biggest issues in society across education, health, community inclusion and participation.

Exeter City Charity CITY Community Trust will be running four different community activities at the Exwick Sports Hub from 6:30pm, geared to reaching as many members of the local community as possible.

There will be sessions run focussed on disability, Walking Football, a girls' Wildcats session and a Premier League Kicks fixture.

To find out more about the work of CITY Community Trust, please visit: http://www.exetercityfitc.co.uk 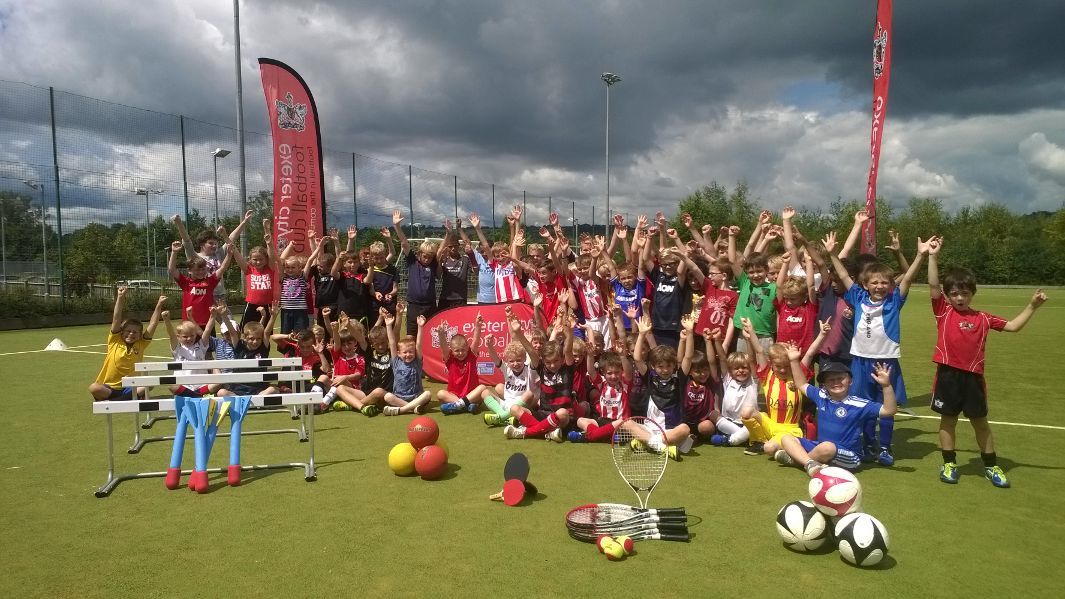 Managers and players from the EFL’s 72 clubs will be attending events up and down the country including projects that target mental health, disability and obesity.

In London, Millwall are running a mental health football tournament being held in memory of one of their players who recently died. Over 100 people are due to take part in the Dwain Inniss Cup with manager Neil Harris on hand to offer his support.

Six first team players from Bristol City will be seeing the innovative work of the club’s Youth Council, a group of young people that are making a big impact in their local area by shaping and delivering Bristol City's community activities including girls, disability and street football. Whilst neighbours Bristol Rovers are inviting their 16-18 year old disability squad to join the first team for a training session lead by manager Darrell Clarke, followed by lunch with the first team squad.

In Yorkshire, Doncaster Rovers have committed to a whole day of activity, including a special appearance from midfielder Matty Blair, who has fronted the Club’s efforts to raise awareness of mental health by drawing on his own personal experiences after the loss of his brother Ross to cancer in August 2017.

In the Midlands, Derby County will be celebrating the success of their cancer recovery programme over the past twelve months, with appearances from former Birmingham City striker Geoff Horsfield and Celtic and Aston Villa midfielder Stylian Petrov, who themselves have been affected by the illness.

There is plenty of activity being held by League Two clubs, with Cambridge United showcasing their Enterprise Project, an innovative new programme designed to help secondary school students develop their entrepreneurial and employability skills. School children in Lincoln will be running the Sport Relief Mile around the pitch at Cecil Park alongside players from the Club to raise money for the charity.

“Bringing all 72 together on one day for the EFL Day of Action highlights the special role the EFL has in society and our collective ability to make a positive and lasting impact to the lives of millions of people.

“It is fantastic to see so many managers and players across England and Wales coming out in support of the excellent work being undertaken by their own club right in the heart of their own community.

“There are few sporting organisations that can deliver the scale of innovative and ground breaking activity we do via our network of clubs across so many important areas, including inclusion, charitable causes, community engagement, education or health.”