Kane Wilson has thanked the Exeter City fans for their passionate vocal backing of the team, ahead of Saturday’s big match against promotion-rivals Swindon Town at St James Park.

The Grecians currently sit inside the play-off places with nine matches to go and the on loan West Bromwich Albion right-back feels that fan support is crucial to giving the team that extra boost on the pitch.

“The fans are always vocal, home or away. They sing from start to finish.” Said Kane. “Personally, as a player I can hear it all game and when I get the ball and am going forward, or when Liam, Kyle or Jayden have the ball the crowd’s roar gives you a second wind, you really do feel it.”

City come up against a strong Swindon Town side on Saturday who are now under the management of experienced Phil Brown. The Robins got off to the perfect start under Brown, beating Cambridge United 3-1 away last week.

Swindon are a side with quality up top with the likes of Luke Norris, and veteran striker Marc Richards, who has been in fine form since joining the Robins in January, finding the back of the net nine times already. Kane feels that a strong defensive performance will be key to nullifying their threat.

“The key to stopping Swindon on Saturday is to focus on our game. Making sure we go out there confident and that we know what we are doing and how we are going to take the game.”

“Every game we are going to need the defenders to be solid and attackers to be creative and score us goals. If that is the case, then no-one can really stop us.” 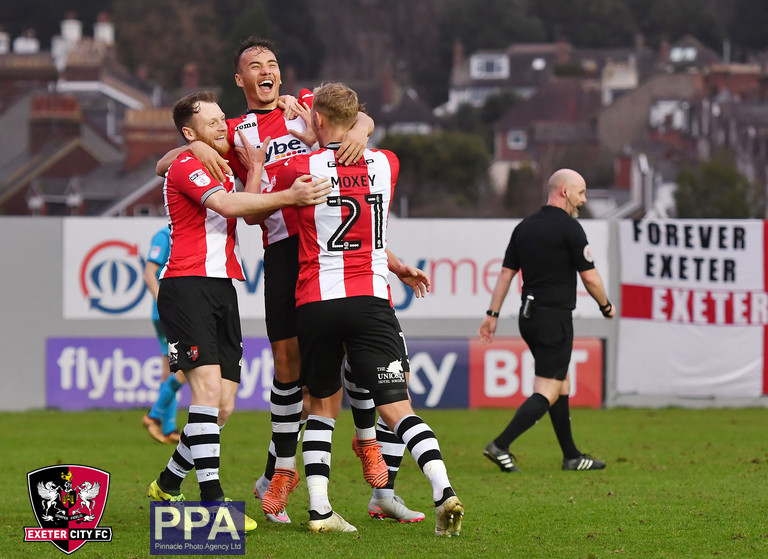 The Grecians have had an excellent home campaign this season, picking up eleven wins and three draws out of eighteen matches played so far. City have drawn their last two matches at the Park and are keen to build on this to make the ground a fortress again.

“We want to try and make St James Park a fortress again, which it has been for the whole season I think. If we get the win, we get the run I feel.” Said Kane.

Kane joined Exeter City on loan from West Brom initially on a six-month deal, this was extended to the end of the season, and Kane is really enjoying his time at St James Park which he feels is helping aid his development as a young player.

“I think it has been just as good as the first half really. I’ve been enjoying it. The lads and staff here are quality. The whole Exeter City family, the fans and everyone has taken me in and I feel I’ve thrived in it. I’ve loved playing, I’ve loved it all really.”

“As a player I feel I’ve developed a lot. I feel that I’m thinking about a game more. When it comes to defending I feel I’ve become a solid defender.” 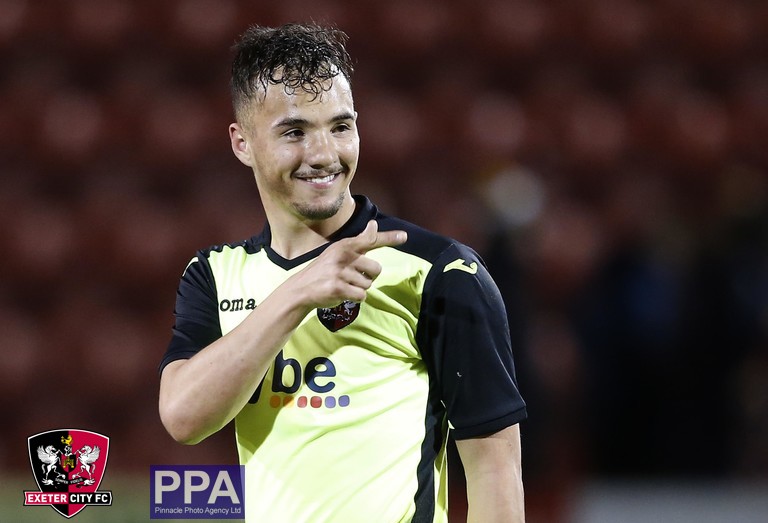 Kane turned eighteen this month and feels that making the cross-country move at such a young age has helped him develop as a person and pick up so vital new skills.

“On a personal level moving away from home at 17, and now turning 18 is a big step. I feel like I’ve had to be a bit more house proud. Making sure the lodge is tidy and cooking.”

On living with Kyle Edwards who is also on loan from West Brom, Kane added: “Kyle sleeps a lot! He’s a good laugh though and has been like a big brother to me. When we are together we are always joking, always laughing.”

So, what are the aims for the final nine games?

“Nine games to go, we are hoping to get all the points we can. Tis has told us to aim for two points a game.” Said Kane.

Advance priced tickets are still available in the Thatchers' Big Bank for tomorrows big match against Swindon Town. To purchase tickets online, please click here. You can also call the club during the normal office hours on 01392 411 243 (option 3) or visit the club shop and reception in person between 9am and 5pm Monday to Friday.