With 9 matches of the 2017/18 season to go, Exeter City will be looking to kick-on having moved back into the play-off places with Tuesday night's win at Port Vale.

The Grecians face a Swindon Town side, now under manager Phil Brown who are on the fringes of the play-off places.

Swindon were founded back in 1879 and went professional in 1894, entering the Football League in 1920 as a founding member of Division Three and defeated Luton Town F.C. 9-1 in their first game of the season. This result stands as a record for the club in League matches.

The club secured their first ever promotion in 1962/63. Bert Head's young side finished second in Division Three. In 1992-93 Swindon beat Leicester City 4-3 in the Division One play-off final to achieve promotion to the Premiership bringing top-division football to the club for the first time and only time.

This season is Swindon's first back in League Two after suffering relegation from League One last season.

Swindon are now under the management of Phil Brown, who joined earlier in the month, with the aim of returning the Robins to League One at the first attempt. 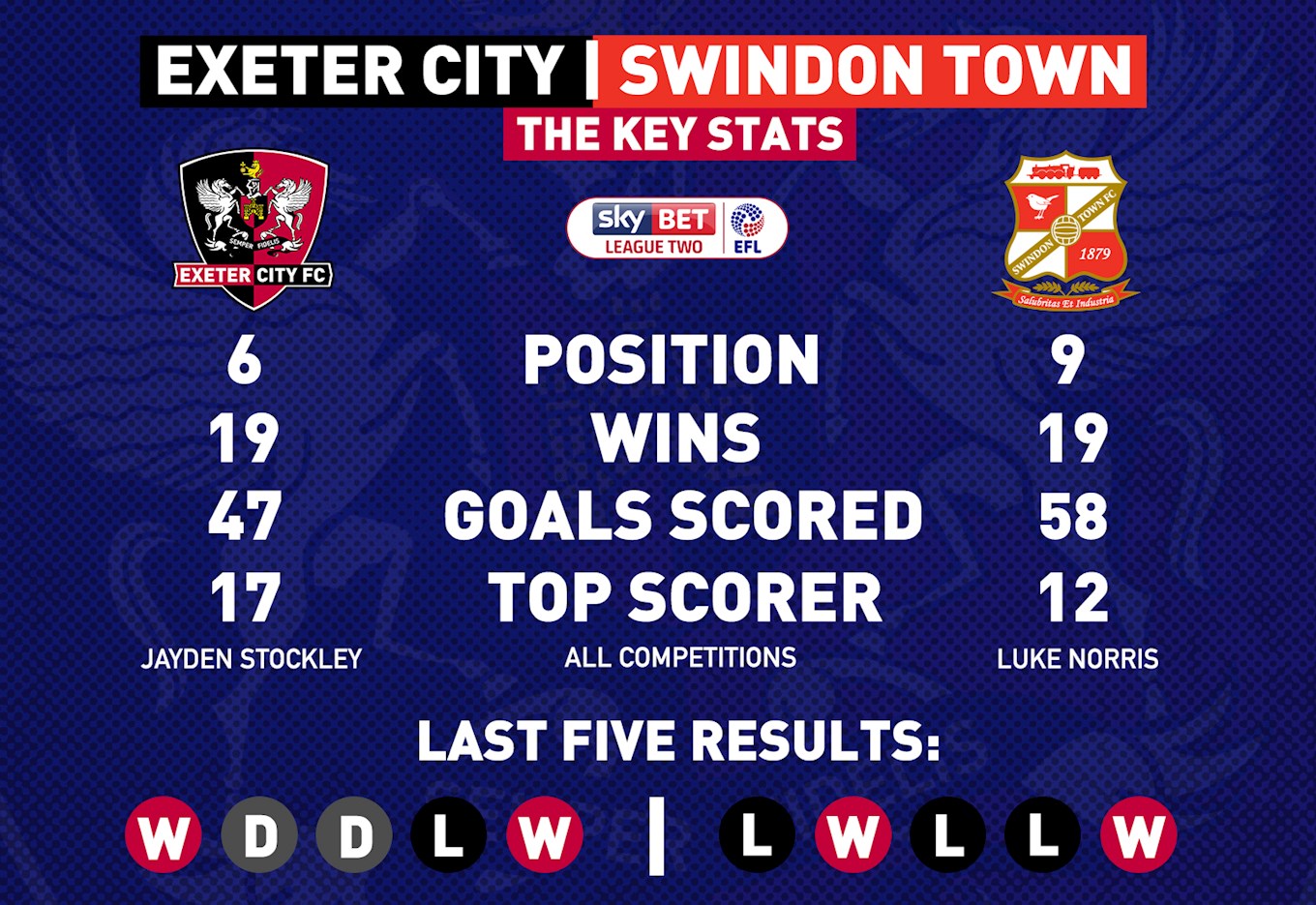 Marc Richards
Veteran striker Marc Richards joined Swindon in January after being released by Northampton and has hit the ground running. In February Richards netted five times in six games, and was awarded with the EFL League Two Player of the Month. Richards has scored 9 times already for the Robins and will be one to watch on Saturday. 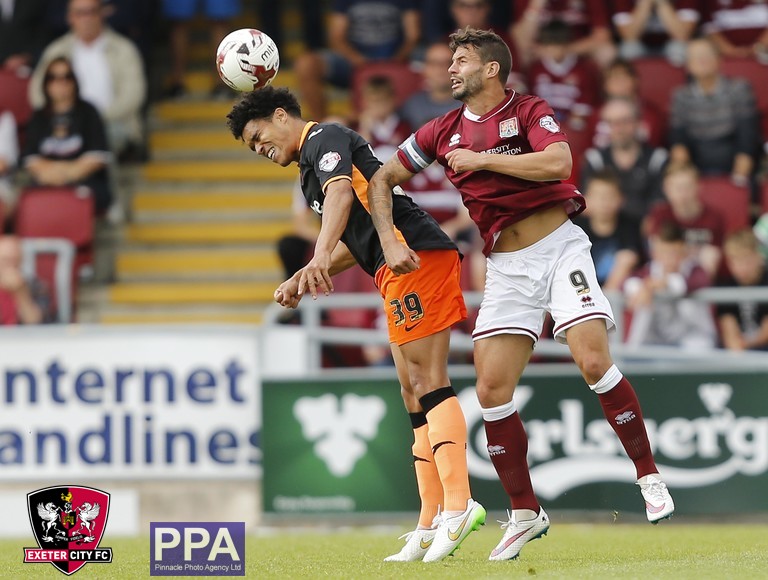 Luke Norris
The powerful striker joined the Robins in August 2016 joining from Gillingham. Luke is Swindon's top scorer this season, finding the back of the net 12 times in all competitions. Luke opened his account for Swindon back in 2016 against the Grecians. 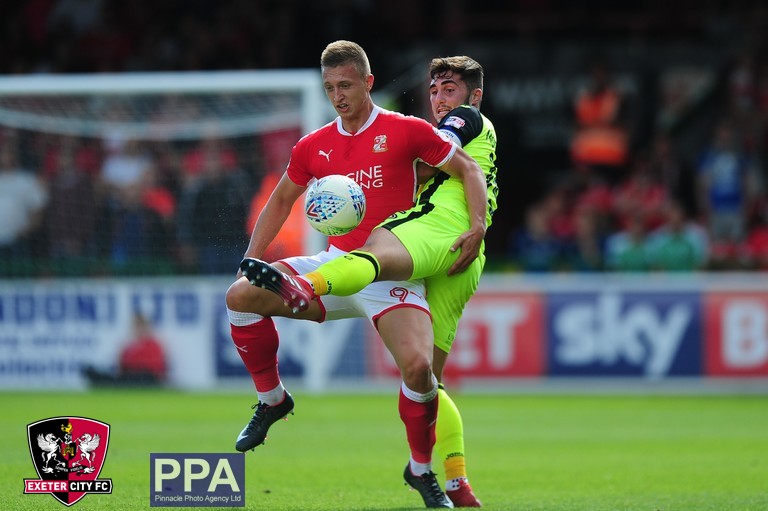 A midfielder with a wealth of experience and an eye for goal. Matt has played in all four division of English football and has experience of winning promotion from the Championship via the play-offs with West Ham. Matt's stunning free kick against Wycombe picked up Swindon's goal of the season award last week.

City faced Swindon at the County Ground back in August and shared the three points with the Robins in a 1-1 draw. Liam McAlinden opened the scoring in the first-half before Kane Woolery leved early in the second-half. Youngster Jack Sparkes almost won the match late on with a thunderous effort from distance coming back off the post, with Vigouroux well beaten.

The last time the two teams faced off in League action was on March 29, 2011 in League One, as City took all three points thanks to Ryan Harley's second-half penalty.

The IP Office Main Stand has sold out, however, Standing tickets in the Thatchers' Big Bank, the largest standing terrace in the football league, for the match should still be available to purchase on the day, but again the club is advising that supporters buy tickets in advance to avoid disappointment, and to take advantage of advanced discounts.